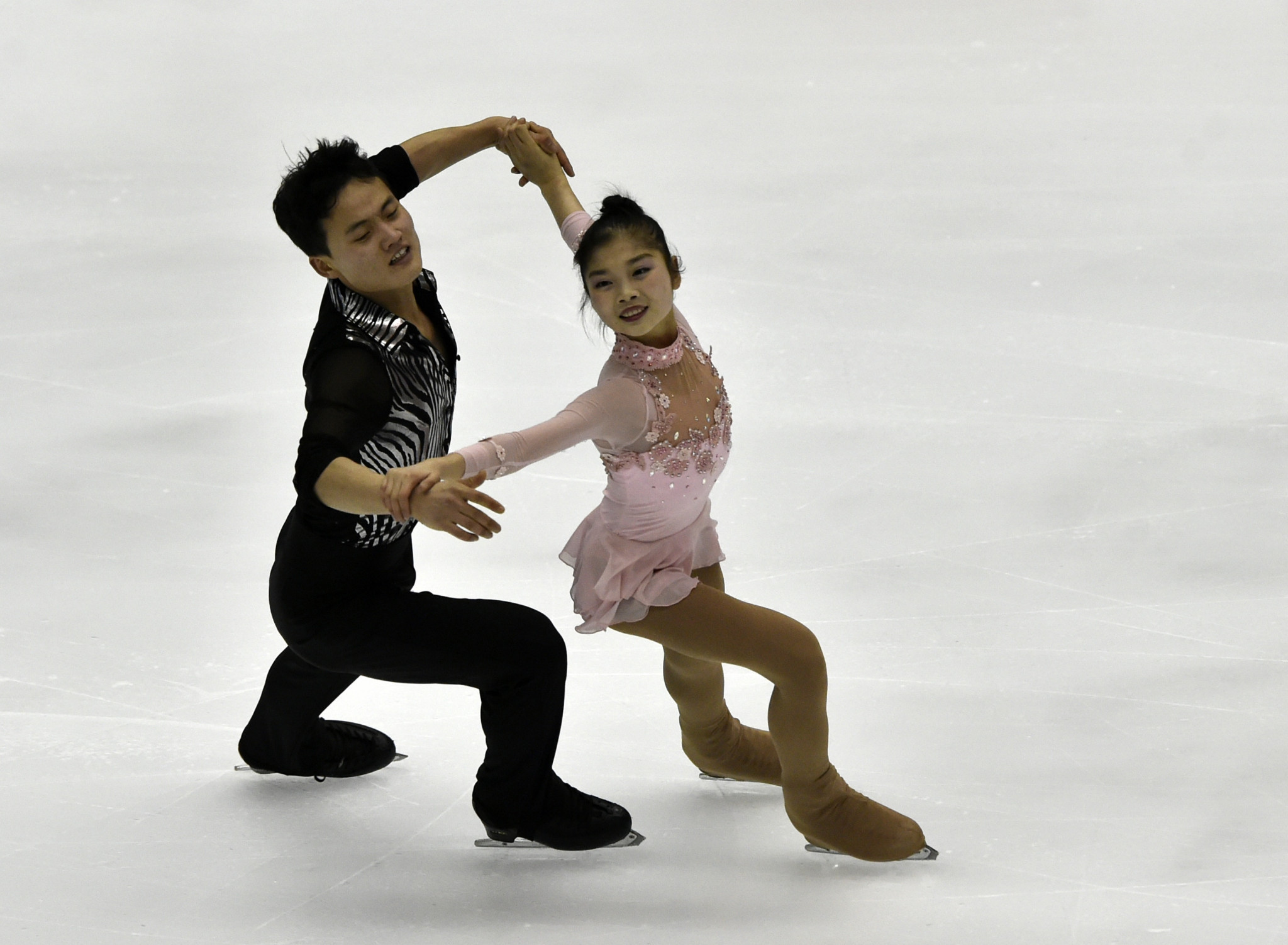 North Korea look set to be represented at next year's Winter Olympic Games in Pyeongchang after Tae Ok Ryom and Ju Sik Kim booked their places at the International Skating Union (ISU) Nebelhorn Trophy in Oberstdorf.

The Koreans finished sixth in a pairs event won by European champions Evgenia Tarasova and Vladimir Morozov of Russia, who scored 140.94 points for a total 218.46.

That was enough to secure them their place at Pyeongchang 2018.

The International Olympic Committee was eager to have North Korean athletes at the Games and has been supporting several of them in terms of equipment, travel and accommodation in their efforts to qualify.

It is hoped that if a team from North Korea compete at Pyeongchang 2018 would help ease tensions on the Korean Peninsula.

The pair, both from North Korea's capital Pyongyang, successfully completed a solid short programme to music by the Beatles yesterday and produced an even better free skate performance to Je suis qu‘une chanson to make sure of one of five Olympic qualifying spots on offer.

Kim pumped his fists at the end of their routine, which scored them an overall total of 180.09 points, hugging his partner before a team official wrapped a jacket over him.

The ISU confirmed their qualification for Pyeongchang 2018, with Russia and Germany's Aliona Savchenko and Bruno Massot, the gold and silvere medallists having already qualified for the Olympics.

Ashley Cain and Timothy Leduc of the United States, another country that had already qualified for the Olympics, finished seventh.

With these four teams out of the equation, it meant Australians Ekaterina Alexandrovskaya and Harley Windsor, who were third, fourth-placed Austria, North Korea and Israel and the Czech Republic, eighth and ninth, earned tickets for Pyeongchang 2018.

Ryom and Kim, who barely missed out on Olympic qualification at the ISU World Championships in Helsinki earlier this year, represented North Korea's best chances of qualifying for Pyeongchang 2018 in any sport.

North Korea did not have any qualified athletes at the previous Winter Games in Sochi, Russia, in 2014.

Jorik Hendrickx of Belgium has won the men's gold medal at the International Skating Union (ISU) Nebelhorn Trophy in Oberstdorf, booking a place at Pyeongchang 2018 in the process. The event is the final qualification route for next year's Winter Olympic Games.

More than 100 skaters and couples are competing for six spots in the men’s and women’s competitions, four in the pairs and five in the ice dance in South Korea in February.

Some skaters from qualified countries can take part outside the qualification process and use the Nebelhorn Trophy as preparation for Pyeongchang 2018.

Hendrickx led overnight and cemented his advantage to the win the title on a total of 253.06 points at the National Training Centre for Figure Skating.

"It is the Olympic qualifying tournament, but I just approached it as a normal competition," he said.

"I’m very pleased with my performance.

"I didn’t have a good sleep last night and it has been a very long day.

"I tried to stay focused and I performed well."

Alexander Johnson of the United States took silver medal with 226.04 points and Sweden’s Alexander Majorov clinched the bronze with 225.04 and also a place at Pyeongchang 2018.

Athletes from Italy, South Korea, Malaysia and Ukraine also booked places in the men's event at the Games.

Craine landed a triple loop-double toe, triple flip and double axel in her routine to set a new personal best score of 58.02 points.

"Of course, I was nervous, because it’s an Olympic spot, my dream on the line, but I definitely prepared, I couldn’t have done anything else in training to prepare for this moment," Craine said.

Sweden’s Matilda Algotsson is in second place after the 19-year-old scored a personal best of 56.91 points.

Action is due to conclude tomorrow with the ice dance and women's free skating events.

The British duo scored a personal best of 71.79 points yesterday and are now in a prime position to secure a Pyeongchang 2018 berth.