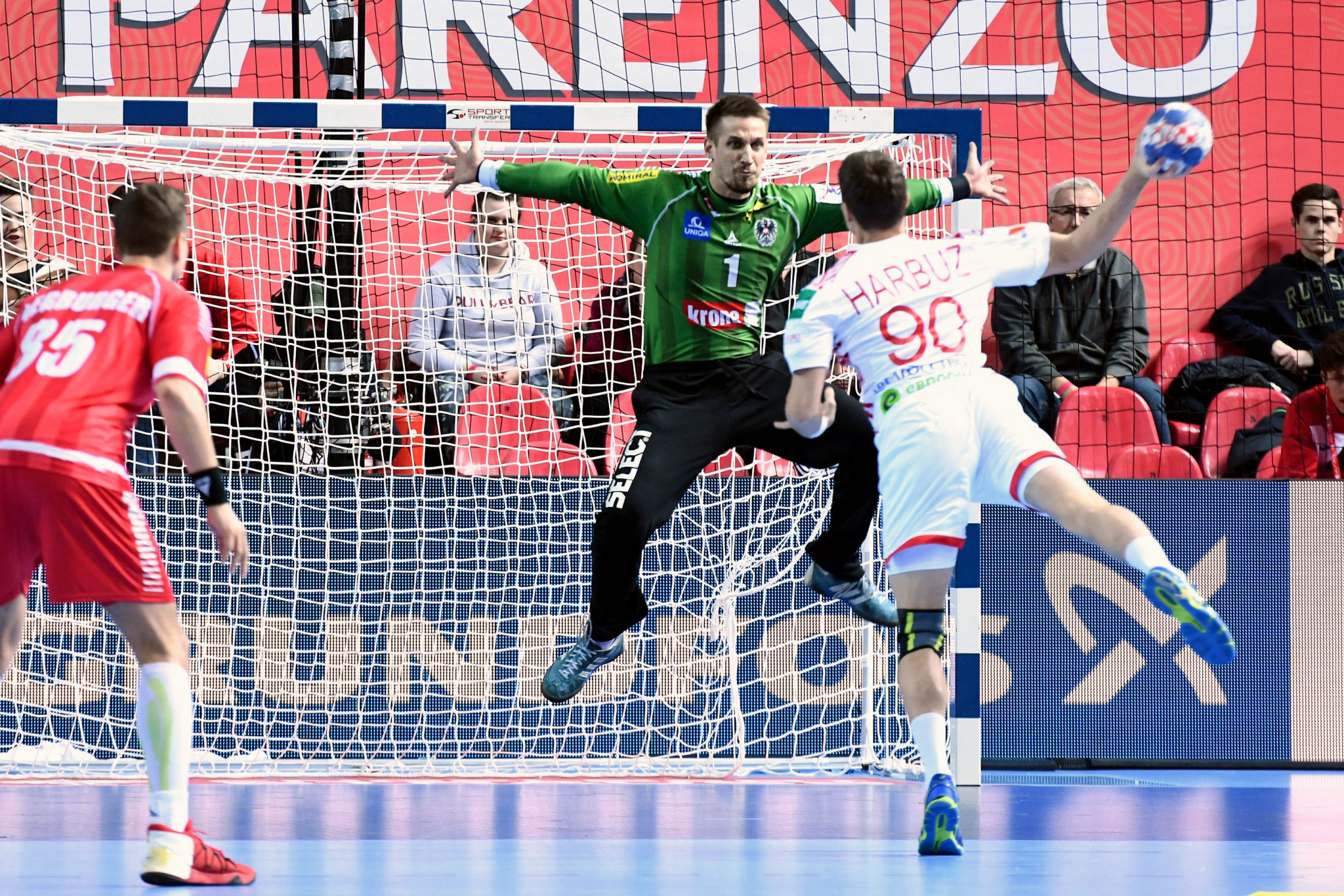 Iceland, led mainly by a combined effort of Bjorgvin Gustavsson with 14 saves and Olafur Gudmundsson, with seven goals, beat Sweden 26-24 to clinch their first win over their rivals at the fifth time of asking at the 2018 European Men's Handball Championship in Split, Croatia.

At 4-0 up Iceland never looked back with Geir Svensson’s side taking advantage of Swedish mistakes and earning an impressive win, which will surely help their chances to proceed to the next round.

The necessity of a good defence was underlined both by coach Kristjan Andresson and the superb pair of goalkeepers of Andreas Palicka and Mikael Appelgren before the game, but the Swedish defence was nowhere to be seen during the first half of the game.

As Gudjon Valur Sigurdsson scored his 1,800th competitive goal for the Icelandic national team, Sweden were already six goals behind at 8-2 and had little to offer in attack.

In Group B, in Porec, Belarus defeated Austria by a single goal in a thriller thanks to a strong performance from goalkeeper Viachaslau Saldatsenka and seven goals from top scorer Uladzislau Kulesh.

Coach Iouri Chevtsov’s team came through 27-26 and with matches against France and Norway ahead, they will be confident of progressing to the second stage.

Despite eight goals from Nikola Bilyk, who was awarded best player of the match, the Austrians were never in the lead through the whole 60 minutes.

A sizeable 600 Austrian fans in the stands – compared to approximately 25 from Belarus – tried everything to push their team, but when Belarusian goalkeeper Viachaslau Saldatsenka closed out the Austrians for a short period, his team extended the gap to a three-goal margin, at 12-9, for the first time.

Neither a time-out from coach Patrekur Johannesson, nor the change in goalkeeper from Thomas Bauer to Kristian Pilipovic, did much to turn the tables.

Belarus extended the gap to 19-15, leading to an early time-out from Austria after only seven minutes of play in the second period.

Austria lost left back Alexander Herrmann due to an adductor injury.

In the middle of the second half, Sebastian Frimmel and Wilhelm Jelinek each had their second two-minute suspensions, which limited the alternatives in defence.

Frimmel was then shown the red card right before the end.

The joint EHF EURO 2020 hosts struck back, turning an 18-22 deficit into a tight score of 22-23 by the 48th minute, backed by the saves of Bauer, who had returned between the posts.

When Pukhouski netted for 27-24 three minutes before the end, the game was sealed.

Germany, who beat Spain 24-17 in the 2016 World final in the Polish city of Kraków, have been drawn in Group C of the preliminary round along with Macedonia, Montenegro and Slovenia and will play their matches at the Arena Zagreb.

They are due to begin their campaign against Montenegro tomorrow, just prior to Macedonia's clash with Slovenia.

Group D is also scheduled to get underway tomorrow at the Varaždin Arena, with four-time beaten finalists Spain facing Czech Republic and Olympic champions Denmark going up against Hungary.