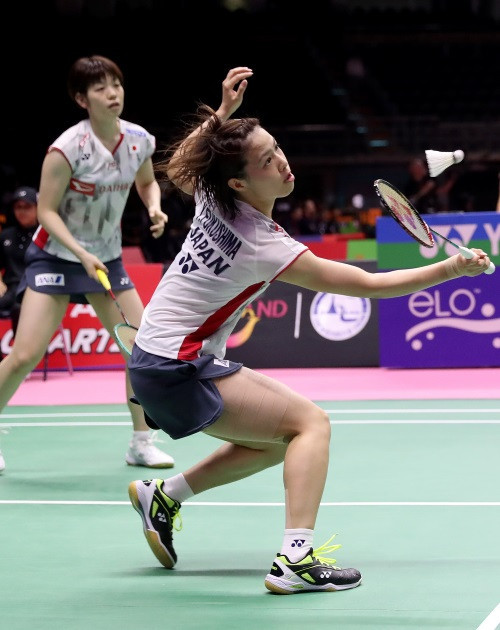 Top seeds Japan eased to a 5-0 victory over Australia on the opening day of the Badminton World Federation (BWF) Uber Cup in Bangkok.

Japan’s Akane Yamaguchi ran into a stubborn challenge from Hsuan-Yu Wendy Chen in the opening singles match of the Group A clash, but once she had won it 24-22, 21-19, the rest of the Australian resistance melted at the Thai capital’s IMPACT Arena.

Yuki Fukushima and Sayaka Hirota made it 2-0 by beating Gronya Somerville and Renuga Veeran 21-9, 21-8 and world champion Nozomi Okuhara then clinched the tie with a 21-6, 21-6 win over Louisa Ma.

"She’s got a complete game," Ma said of Okuhara.

"It was a really good experience to play the world champion.

"She’s very assured in her shots and makes no mistakes at all.

"You really have to go for every point."

There were no surprises either in the second doubles or third singles contests, with Misaki Matsutomo and Ayaka Takahashi defeating Lee Yen Khoo and Ann-Louise Slee 21-3, 21-4 and Sayaka Sato overcoming Lauren Lim 21-9, 21-6.

In Group B, there were wins for Chinese Taipei and fourth seeds Thailand with the former defeating Hong Kong 4-1 and the latter overcoming Germany 5-0.

They are joined at the top of the early standings by Denmark, who defeated Russia 4-1.

Olympic champion Chen Long set the Chinese on their way to success with a 21-14, 21-11 victory over Anthony Joe.

Liu Cheng and Zhang Nan doubled their advantage by overcoming Matthew Chau and Sawan Serasinghe 21-18, 21-17 and the win was sealed when Shi Yuqi beat Ashwant Gobinathan 21-9, 21-4.

Also tasting victory in Group A were France, who beat India 4-1.

In Group B, third seeds Indonesia opened their campaign with a 5-0 win over Canada, while South Korea defeated hosts Thailand 3-1.

Group action in Bangkok is due to continue tomorrow.