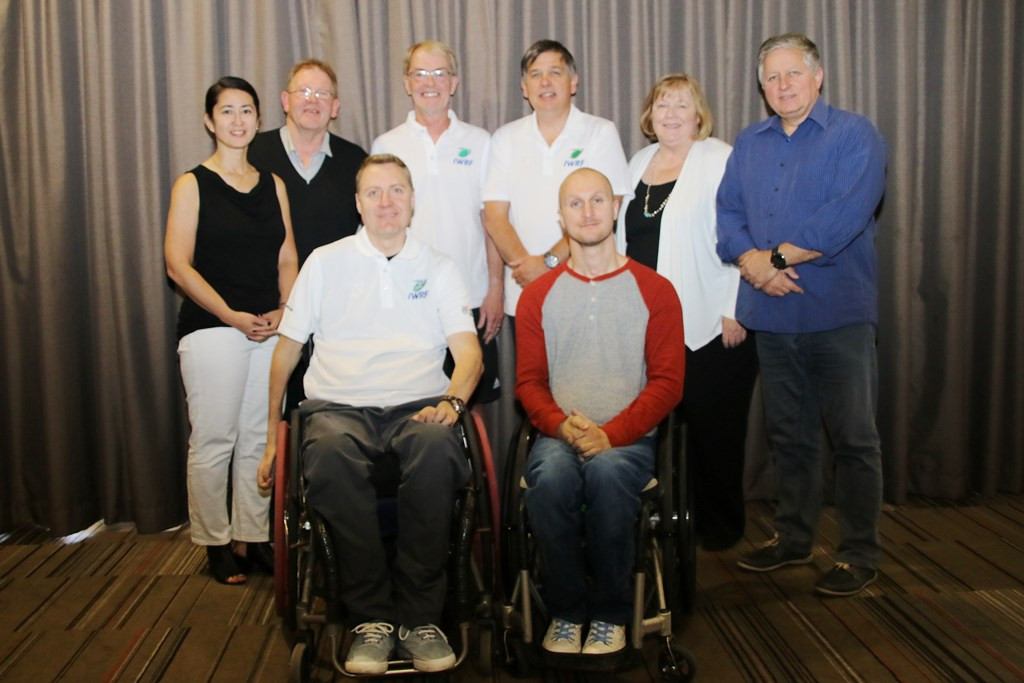 Britain's Richard Allcroft has been elected as the new President of the International Wheelchair Rugby Federation (IWRF).

He replaces American John Bishop, who has stepped down after eight years at the helm.

The election was held at the IWRF General Assembly, held in Australian city Sydney at the conclusion of this year's World Championship.

"I've been involved internationally since about 2010 and I've really enjoyed it, just understanding the international landscape, particularly our partnerships with the International Paralympic Committee and World Rugby," Allcroft said.

"We're at a very exciting time for the sport.

"You only need to look at the World Championship we've just had and the excellent level of competition throughout."

The Briton, the first non-North American leader of the IWRF, paid tribute to the departing Bishop.

"He became President when we were a newly independent international federation and has developed us to where we are today," he said.

"We govern more than 30 nations playing our sport, we've just run a major World Championship and we do that through fantastic people that are involved in the sport."

Bishop expressed confidence in the future and looked back on his tenure with pride.

"Richard has extensive experience in the sport; he's served in many different roles and has been a Board member since 2012," he said.

"He's very well-qualified and has lots of great ideas.

"I feel very comfortable that the IWRF is going to be in fantastic hands going forward.

"It's really a team effort between the Board, our Committees and of course our members across the world.

"I'm especially proud of the growth and development of our sport.

"In 2008, the Americas zone was the US and Canada, and today we have six countries in South America that are actively participating internationally and several others nationally.

"We have new growth in Europe and we're seeing a lot of growth in the last couple of years in the Asia-Oceania zone, especially in South-East Asia."

Ken Sowden of New Zealand and Jen Sauerbier of Germany were re-elected to their respective positions of vice president and athlete representative.

Canada's Gail Hamamoto was elected to the Board to replace Duncan Campbell, one of the sport's creators and a Hall of Fame member who has now retired.

Cathy Cadieux, Gary Pate, and chief executive Eron Main remain on the Board, with Steve Loader of Australia replacing the position vacated by Allcroft.