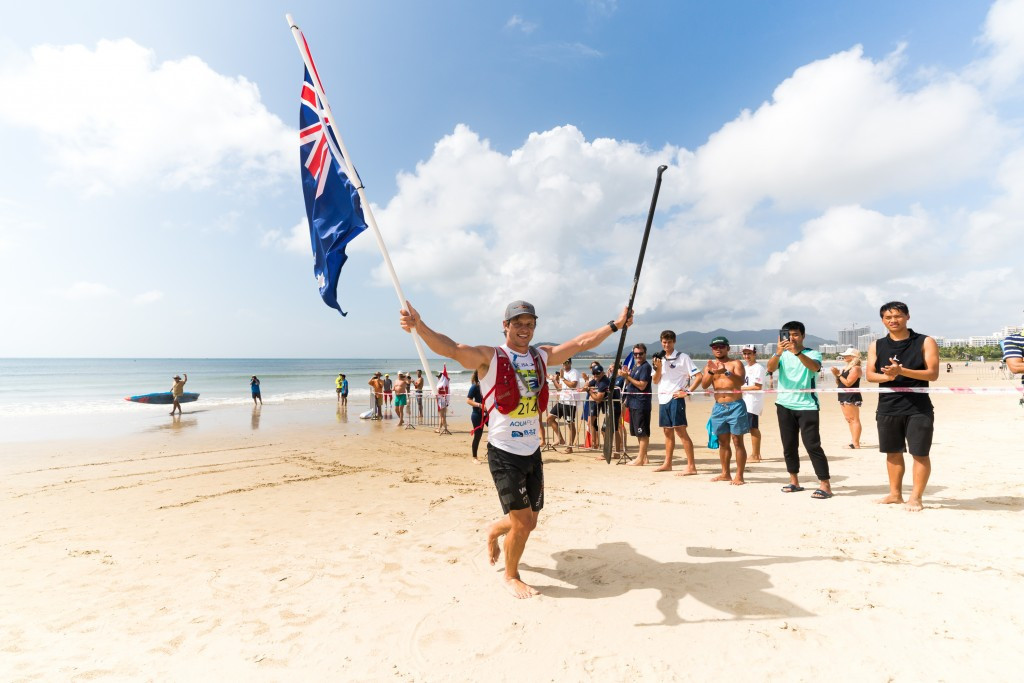 Australia won five medals today, including two golds, to jump into the lead at the International Surfing Association (ISA) World SUP and Paddleboard Championships in Wanning in China.

On top of that, Lachie Lansdown claimed a silver medal in the men’s prone distance race and Terrene Black and Shakira Westdorp picked up silver and bronze respectively in the women’s 18km SUP race.

He finished around 90 seconds ahead of Hungary’s Bruno Hasulyo in second as Brazil’s Vinniclus Martins came third in 1:55:34.82.

Rosato claimed her gold medal by finishing just ahead of Judit Verges from Spain and Kailyn Winter from the United States in the women’s prone race, comfortably the closest of the day.

After two hours and 20 minutes of racing the Australian found herself just ahead of her Spanish rival to win by little more than a second in 2:20:53.03.

"I can't put it into words,! Rosato said.

"I am absolutely stoked that I am now a two-time world champion.

"I can't believe it.

"The ISA vibe is second to none.

"It's the most amazing event I have ever experienced.

"I love seeing all the other countries get involved in the sport."

In the men’s prone race it was not quite as stressful a finish for Lansdown, who crossed the line over two minutes behind Hunter Pflueger from the US and 13 seconds ahead of South Africa’s Jadon Wessels in third, to claim his silver for Australia.

In the women’s 18km SUP race, Black grabbed her silver medal finishing 33 seconds ahead of her compatriot Westdorp in third.

With only one day of competition now remaining, the team relay race tomorrow will determine which country wins the overall title with the US and France in second and third respectively behind Australia.