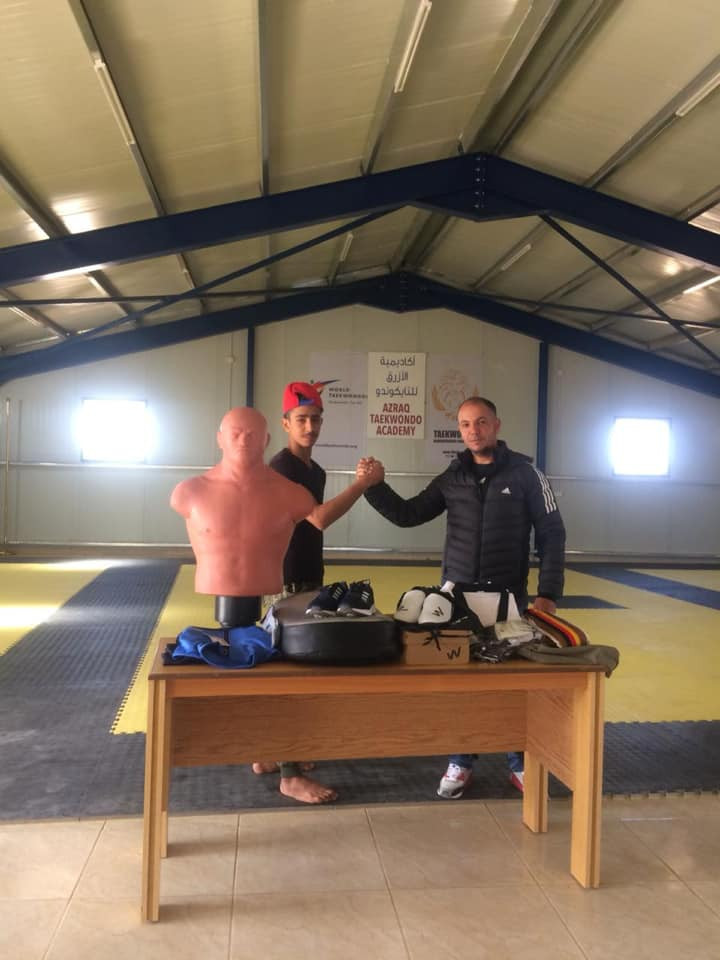 Yahya Basam Al-Ghoutani, a black belt at the Azraq Taekwondo Academy, has been given taekwondo equipment and clothing as a gift for winning a gold medal at the G1 El Hassan tournament in Amman last July.

The Taekwondo Humanitarian Foundation (THF) announced the news on its Facebook page.

It thanked Prince Rashid and the JTF for their support.

In October 2018, the THF revealed that Al-Ghoutani had become the second refugee in one of its Academies to become a black belt.

The teenage Syrian refugee currently lives in the Azraq Refugee Camp in Jordan.

The THF states that Al-Ghoutani began participating in its Academy in 2016.

The THF has been a priority for World Taekwondo following a successful launch by President Chungwon Choue at the United Nations (UN) headquarters in New York City on September 21, 2015.

Choue was speaking on the UN's International Day of Peace, an event first proposed in 1981 by his late father Young Seek Choue, who at the time headed the International Association of University Presidents General Assembly.

The THF was officially established in April 2016 in Lausanne in Switzerland.