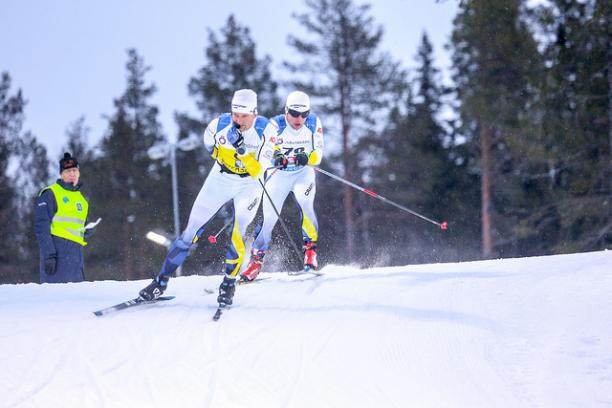 Modin built on his success in the competition yesterday to secure his second title today, winning the men's visually impaired long distance cross-country race with a time of 47min 05.9sec.

The Swede lives in Östersund and was expected to dominate the visually impaired events, with his main rival Brian McKeever of Canada staying at home to prepare for next month's World Para Nordic Skiing Championships in Prince George.

Norway's Eirik Bye finished second in the long distance race in 49:23.1 while Anthony Chalencon of France was third in 49:36.0.

Daniel Cnossen of the United States and Austria's Carina Edlinger also achieved their second golds of the competition.

Edlinger triumphed in the women's visually impaired long distance race, recording a time of 43:43.4 to do so.

Kendall Gretsch of the US was the victor in the women's sitting long distance event, beating her opponents with a time of 43:37.0.

In the women's standing long distance race, Oleksandra Kononova of Ukraine managed to break Norwegian Vilde Nilsen's dominance in the class, winning in a time of 42:29.5.

Nilsen had to be consigned to second place after recording a time of 42:56.4, with Ukraine's Liudmyla Liashenko finishing third in 43:06.7.

There will no action tomorrow, with the biathlon events getting underway on Tuesday (January 15).