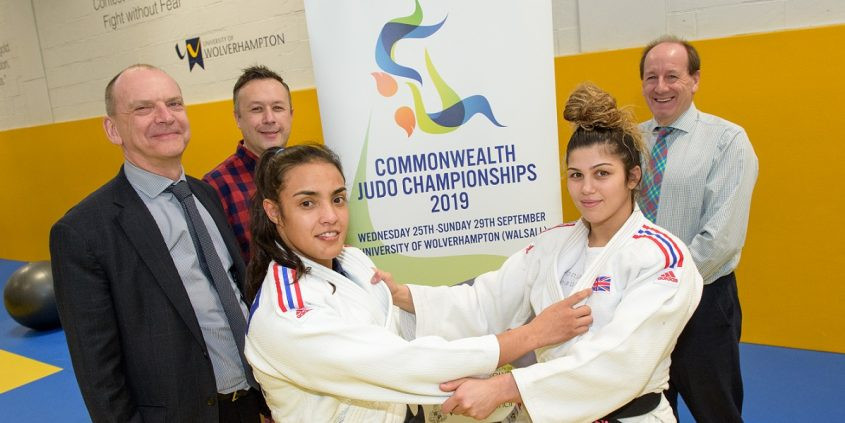 The 2019 Commonwealth Judo Championships will take place at the University of Wolverhampton in England, it has been announced.

The British Judo Association (BJA), which also has its Centre of Excellence based at the University's Walsall campus, won the bidding process for the five-day event.

Competition is due to run from September 25 to 29 and will be delivered in partnership with Walsall Council.

It will feature a broad range of categories, including juniors, seniors, veterans and visually impaired, with more than 1,000 athletes expected to compete.

Judo will become a core sport in the Commonwealth Games from 2022 with that edition being hosted in another English city, Birmingham, which is less than 20 miles from Wolverhampton.

"The British Judo Association has organised a number of high-quality international competitions in recent years and we look forward to a wide range of Commonwealth judo nations taking part and enjoying the experience and hospitality of Walsall."

The event will add to the growing list of top-level world and European judo competitions to be hosted in Great Britain in the 2017-to-2020 Olympic and Paralympic cycle.

BJA chairman Ronnie Saez added: "I think it's a fantastic opportunity for British judoka to become involved in a top-quality event.

"Hopefully we’ll put on a fantastic event and leave a legacy for all home country judoka to follow.

"It promises to be a very big event and we take our obligations very seriously.

"We have got a good track record in delivering EJU (European Judo Union) events over the past three to four years and we have a very well-trained volunteer work force, which will help us to put on a championship of the required standard."