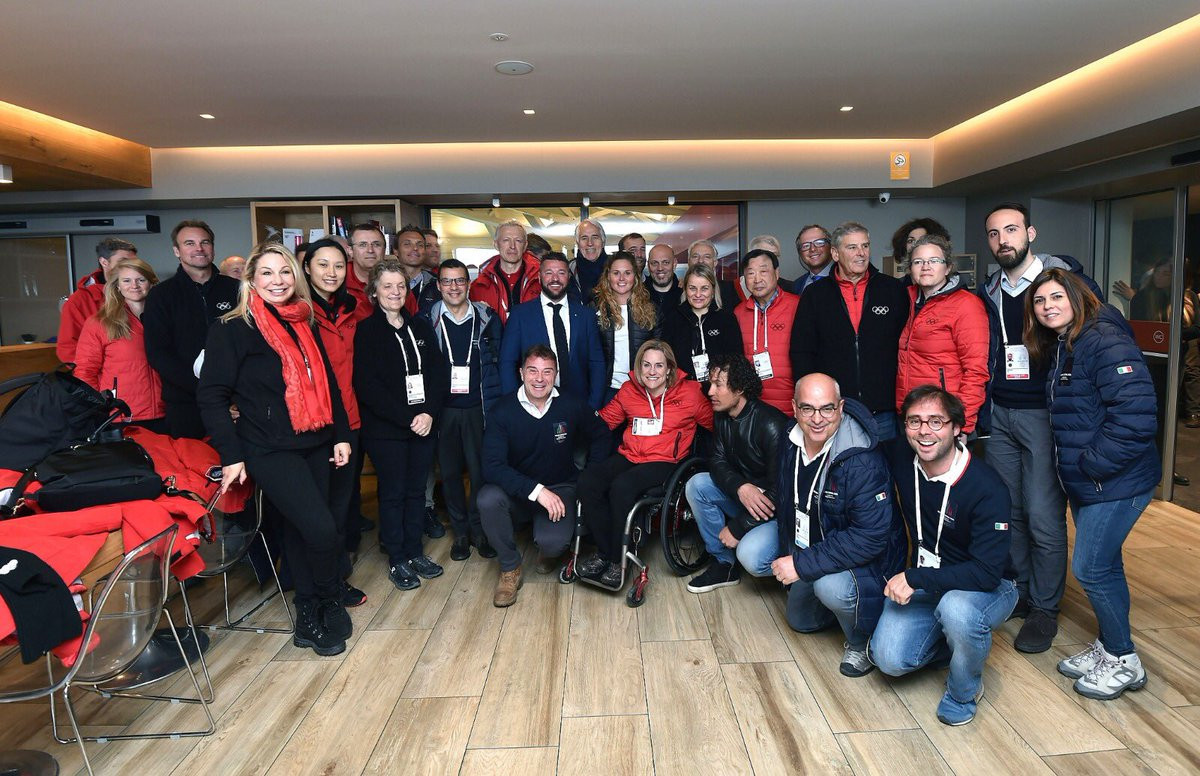 There has been backing for the joint bid from Milan and Cortina d'Ampezzo for the 2026 Winter Olympic and Paralympic Games during a marathon day of travel which involved more than nine hours on the road inspecting facilities.

The International Olympic Committee (IOC) Evaluation Commission started their day in Cavalese, where they had stayed overnight following the first day of their visit yesterday to Cortina and Antholz, before making a three-and-a-half hour bus journey here, including a brief section through Switzerland, to inspect the facilities for snowboarding and freestyle skiing.

There was then a relatively short trip to Bormio, which is due to host the men's Alpine skiing, before another three-and-a-half hour transfer to Milan.

It meant that in the space of only two days, an IOC Evaluation Commission visit that started in warm spring sunshine in Venice has experienced a snow storm here and travelled through heavy rain to get to Italy's capital of fashion and design.

"It adds to the diversity of our visit because we started under the sun in Venice," Romania's Octavian Morariu, chair of the IOC Evaluation Commission, said.

But, as with Milan Cortina's only rival, Stockholm-Åre 2026, it does raise the question of the wide geographical area that this bid covers.

Morariu claimed, however, that was compensated for by the fact that all the venues proposed are closely linked to the sport they will be staging.

"We can see all these different places have a strong identity with every sport," he said.

"This is very important because it shows the seriousness and solidity of the bid.

Livigno is a regular host of FIS World Cup events in snowboarding and freestyle skiing.

Bormio, meanwhile, was the site of the FIS Alpine World Ski Championships in 1985 and 2005, and annually hosts an FIS Alpine Ski World Cup.

Livigno also has a reputation for producing some of Italy's top winter athletes.

Among them is Michela Moioli, winner of the Olympic gold medal in snowboard cross at Pyeongchang 2018, and who was among the delegation who met the IOC Evaluation Commission today.

"I am most impressed by the people because you have so many champions here in this region," Morariu said.

Christophe Dubi, the IOC's executive director of the Olympic Games, supported Morariu by claiming that the fact Milan Cortina 2026 can call upon such experience was a massive advantage.

"Everywhere you go you meet people who organise these kind of events day in and day out," he said.

"It makes a real difference.

"We have very solid briefings.

"It's the passion, but also the professionalism.

"Knowledge and expertise is something you acquire over time.

"Building something is one feat but to operate a venue to do it well to organise an event that satisfies the spectators, but most importantly the athletes, is a whole expertise that is developed over decades.

"This is what we see here."

The IOC Evaluation Commission are due to be based in Milan for the rest of their five-day trip.

Tomorrow among the venues they are scheduled to visit is the San Siro, the world-famous football stadium used by AC and Inter Milan and which would stage the Opening Ceremony of the Winter Olympics if Milan Cortina 2026 are awarded the Games.

A report on Milan Cortina 2026 and Stockholm Åre 2026 is due to be produced by the IOC Evaluation Commission by the end of next month.

The final vote to choose the host city is set to take place at the IOC Session in Lausanne on June 24.