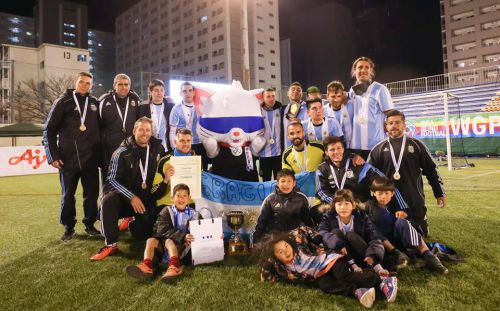 Argentina’s success at the Blind Football World Grand Prix in Tokyo has propelled the nation to the top of the latest global standings.

The International Blind Sport Association (IBSA) Football Committee has released the latest rankings, which came into force from January 1.

The ranking includes points gained at a number of events in 2018, including the World Championships in Spain and the World Grand Prix in Japan.

Brazil had emerged as the winners of the World Championships by beating rivals Argentina 2-0 in the final.

The Argentinians ended the year with a title to their name, after triumphing at the Blind Football World Grand Prix.

Their results proved enough to edge ahead of Brazil in the world rankings, with the world champions now lying second.

China are third, following by Turkey and Spain.

The top 10 is completed by Iran, Russia, Morocco, Great Britain and Mexico, while Paralympic host nation Japan are 13th as Tokyo 2020 approaches.

The rankings include 52 countries, with Europe represented by 20 teams, followed by the Americas and Asia on 13 and 12, respectively.

Africa have seven nations in the rankings.

Argentina will hope to hold on to their number-one ranking and their efforts will be boosted by victory at this year’s World Grand Prix in Tokyo.