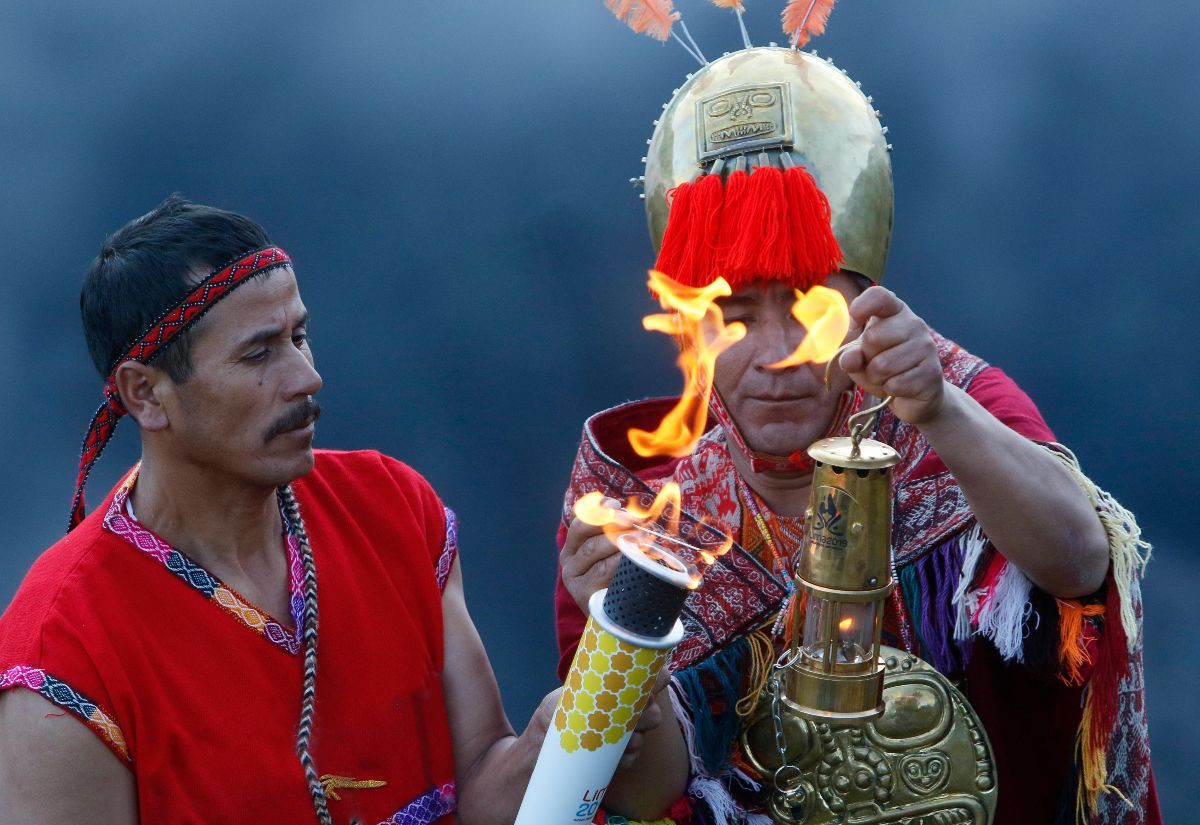 Lima 2019 declared the start of its Torch Relay, for which 600 Torchbearers have been chosen, after the historic flame of the largest-ever Pan American Games and the largest-ever event held in Peru was ignited on the highest mountaintop of Machu Picchu amid the ruins of the Inca Citadel.

The ancient city of Cusco was designated as the official starting point of the 22-day Relay because it is considered the historical capital of Peru, the birthplace of the Incan Empire.

It welcomes more than one million international visitors annually.

Before arriving in Cusco, the Torch was officially lit with a flame in the archaeological ruins of the Aztec Empire in Teotihuacán, Mexico, thus honouring and unifying two ancient socieities of the Americas.

The Pan American Torch will now embark on a journey across 26 Peruvian cities to the opening of the Games at Lima's National Stadium on July 26.

Holding up the Pan American Torch in Cusco, Neuhaus said: "Today, this Torch embarks on a journey that will touch every corner of Peru.

"And where the Lima 2019 Torch leads, the people of Peru will follow – all the way to the Opening Ceremony of the greatest sporting event our nation has ever seen.

"Lima 2019 is a celebration of sport and culture.

"It is something to be enjoyed by all Peruvians, to enrich all our lives, and to be shared across the Americas and beyond."

Lima 2019 has selected its 600 Torchbearers through the "Peruanos que Iluminan" national campaign, meaning "The Peruvians who illuminate".

National athletics champion Jhon Cusi Huaman was given the honour of being the first Torchbearer and the list includes Ramón 'El Cóndor' Zavaleta, a cyclist and 1984 Olympian, and Ramón 'El Ratón' Rodríguez del Solar, a national football hero and a Copa Sudamericana 2003 champion.

"They showed us that when they play with union, effort and delivery, they can achieve any goal.

"This was taught to us by our ancestors here in Machu Picchu and the football players ratified it, and the athletes from Peru and the 41 countries that will participate in these Games will do the same.

"Welcome everyone to the festival of sport, Peru is waiting for you with open arms."

The Torch made its way to the Estadio Inca Garcilaso de la Vega, the National Stadium of Cusco, for the start of the Relay.

After passing through Cusco, the flame is now being carried to the cities of Juliaca, Puno, Moquegua, Arequipa and Ica among others.

Throughout its 22-day journey, the Torch will travel more than 6,500 kilometres and visit iconic locations in Peru such as the Mountain of Seven Colours and the Ruins of Chan Chan.

The flame will journey for three days.

A total of 300 Torchbearers will be involved before the Opening Ceremony on August 23.