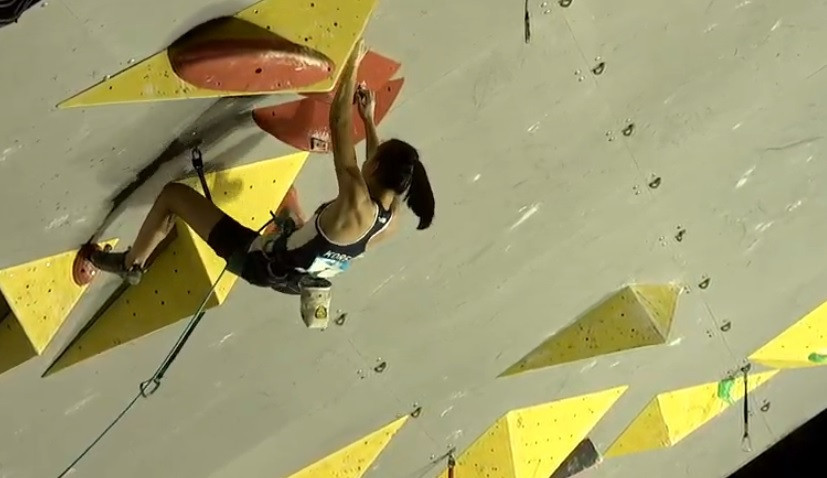 Seo Chae-hyun of South Korea extended her lead at the top of the overall standings by winning the women's final as Hidemasa Nishida led a Japanese sweep in the men's event at the International Federation of Sport Climbing Lead World Cup in France.

The triumph for the 15-year-old South Korean saw her strengthen her advantage over Garnbret, the reigning bouldering and combined world champion, to 63 points in the battle for the overall title.

It also gave her a second consecutive Lead World Cup gold medal after she won in Chamonix last weekend.

Garnbret arrived in the French commune 43 points behind and is a further 20 adrift after losing out to her South Korean rival.

SEO lands the jump and heel-hooks the final hold to clip in. #IFSCwc

Natsuki Tanii of Japan was third in today's final and sits fourth on the overall standings.

Germany's Alexander Megos failed to reach the showpiece contest and holds a slender 13-point lead over nearest challenger Sascha Lehmann, who also did not make the final.

William Bosi of Britain was able to make up ground on Megos on the leaderboard after he finished fourth.

The World Cup season resumes in September after Hachioji in Japan stages the World Championships from August 11 to 21.