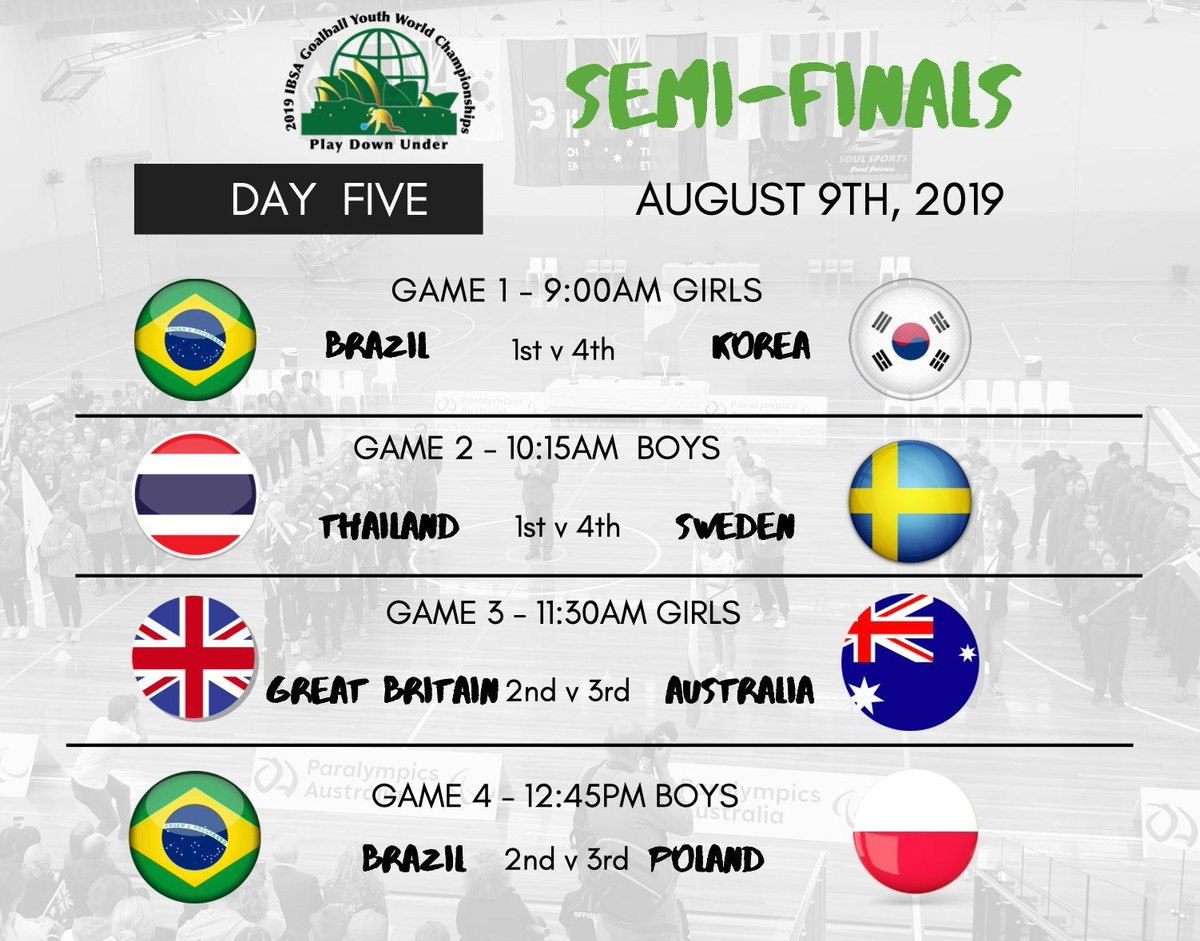 The semi-final match-ups at the International Blind Sports Federation Goalball Youth World Championships have been decided following the last day of group play in Penrith today.

Headlining the fixtures at Penrith Valley Regional Sports Centre will be a clash between hosts and defending champions Australia and Great Britain in the girls' event.

Australia secured their spot in the last four with a 2-2 draw against Germany to finish third in the group.

Britain made it through as runners-up with only one loss from the preliminaries - yesterday’s defeat against Brazil - and they beat Thailand 12-3 in their game today.

Brazil head through to the semi-finals unbeaten and are set to play South Korea for a shot at the gold medal.

The match will be a repeat of their final group game, which the Brazilians won 10-4.

In the boys' event, Thailand, Brazil, Poland and Sweden were the top-four finishers and qualified for the penultimate round.

An interesting match is expected when first-placed Thailand take on fourth-placed Sweden for a final berth.

The Swedes are the only side to have beaten their Asian rivals in Penrith.

Thailand sealed the fate of Australia today, overcoming the home nation 11-1 to finish top of the group.

Sweden’s record of three wins and two losses was completed with a 6-4 defeat against Brazil, who will play Poland in the other semi-final.

The fifth-place playoffs were also held today with South Korea defeating Australia 15-5 in the boys' and Germany overcoming Thailand 6-0 in the girls'.

The semi-finals are scheduled to take place tomorrow and will be immediately followed by the medal matches.