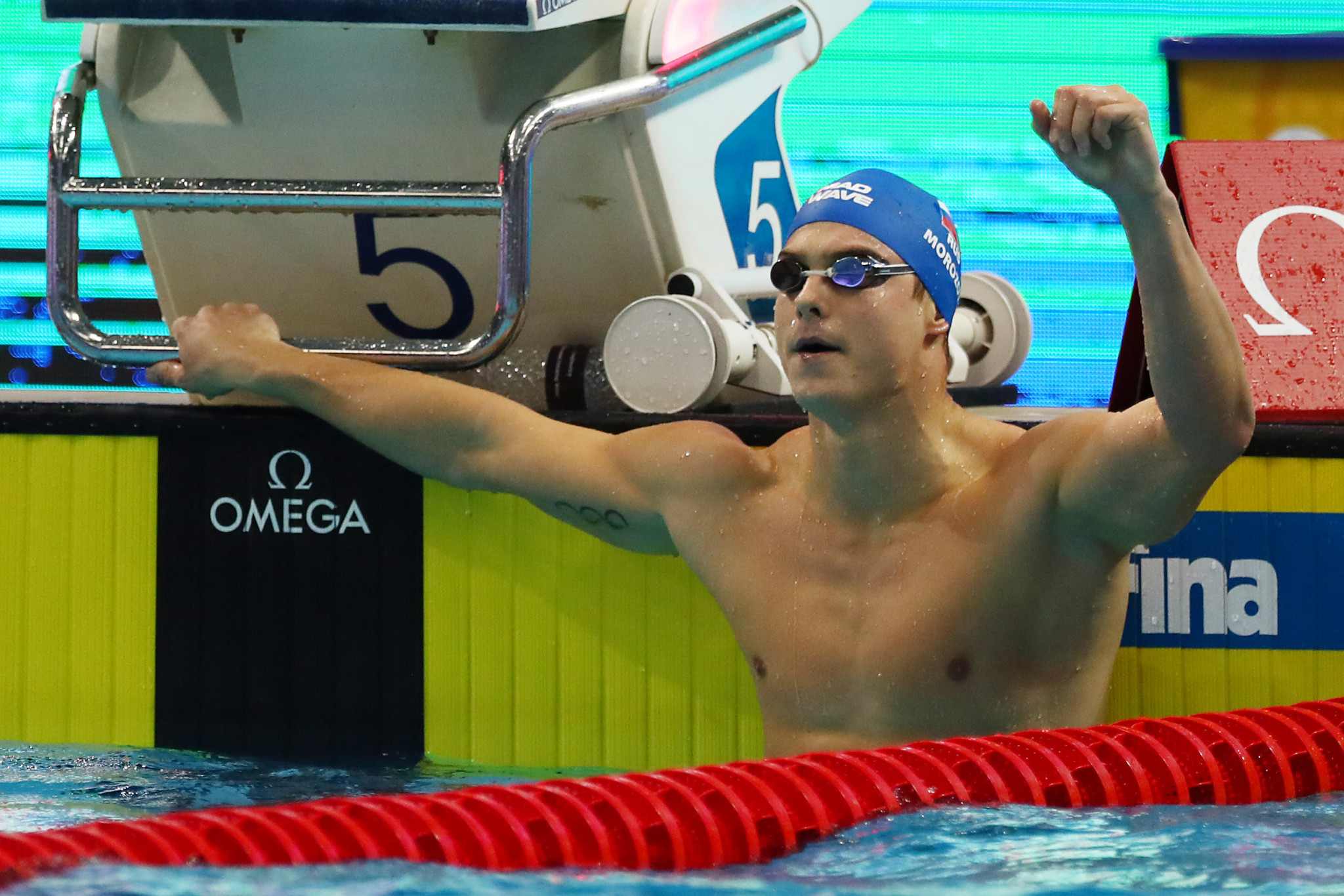 He followed up by breaking his own World Cup records in the 50m backstroke and 100m freestyle races today.

The bronze went to Tristan Jason Hollard of Australia in 25.80.

Morozov set a World Cup record of 47.88 to win the 100m freestyle title and clinch his second gold of the day.

Szebasztián Szabó of Hungary was second in 48.53 and Santo Condorelli claimed bronze in 48.72.

Six of the 12 finals on the second day were won by Australians, with Holly Barratt claiming gold in the women's 50m butterfly ahead of team mate and women's overall series leader Cate Campbell.

The duo joined Seebohm and Campbell to win the mixed 100m freestyle relay in 3:26.45.

Grant Irvine led an Australian one-two by taking the men's 200m butterfly honours in 1:56.77, ahead of compatriot Nic Brown.