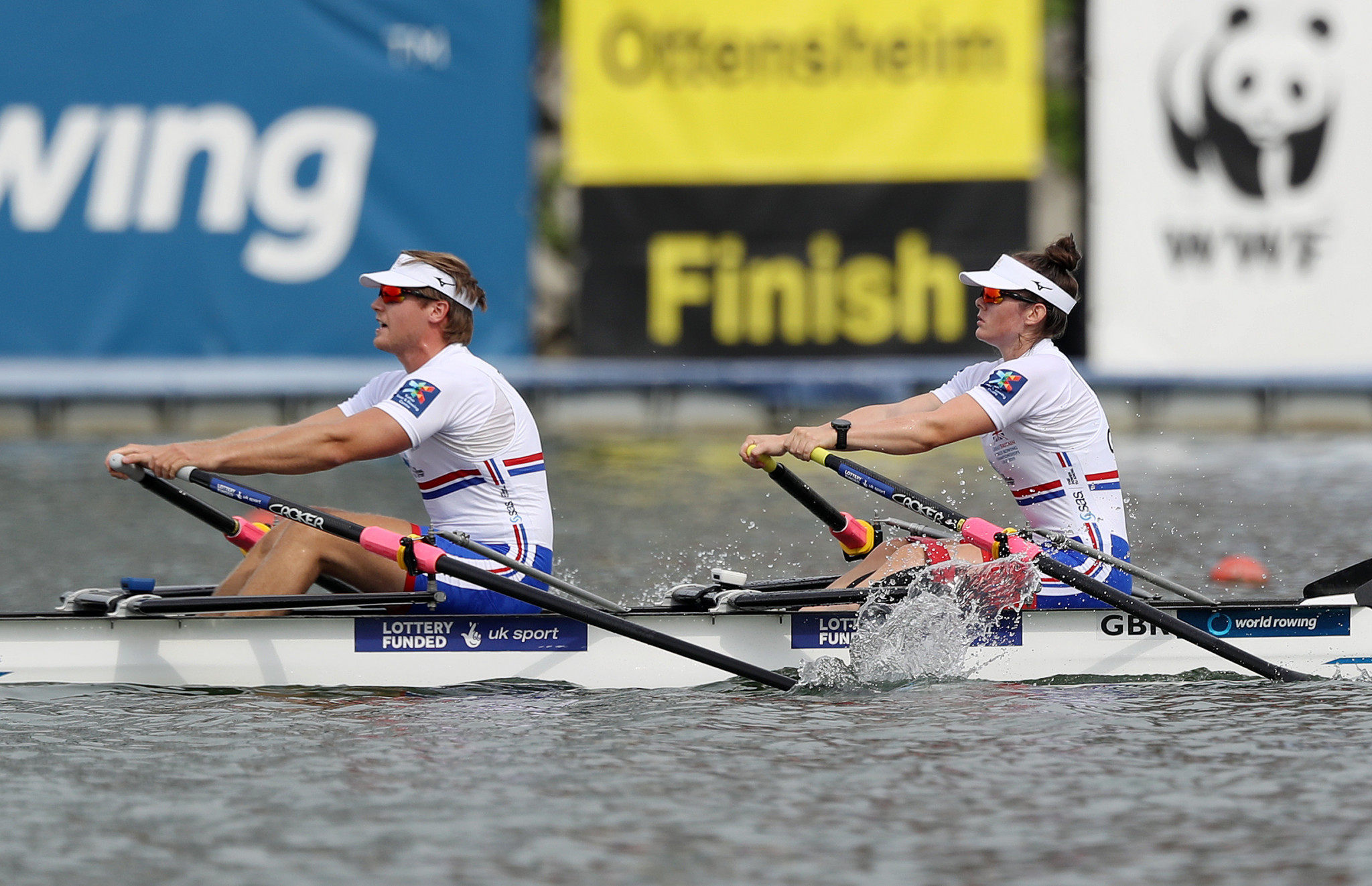 Rowles and Whiteley survived an early onslaught from the Dutch pair of Annika van der Meer and Corne de Koning before crossing in 8min 34.950sec.

De Koning, winner of individual gold yesterday, and Van der Meer were forced to settle for silver having clocked 8:37.780.

Perle Bouge and Christophe Lavigne came through to take bronze in 9:02.600.

"This has felt like a long time coming but we’ve worked really hard for this," said Whiteley.

"This result means everything and it will take a long time to process.

"I have to give lots of credit to the Dutch today."

Britain also triumphed in the other Para final, as their mixed coxed four team justified their favourites tag with a dominant performance to earn gold.

The British crew stormed to victory in 7:09.540, almost 12 seconds faster than nearest challengers the United States.

The US clinched silver in 7:21.610, seven seconds quicker than the Italian team in third.

"Our priority this year was to qualify and we did that in the semi-final which was great.

"There is some pressure now to perform in Tokyo [Paralympics] but it's a big privilege."