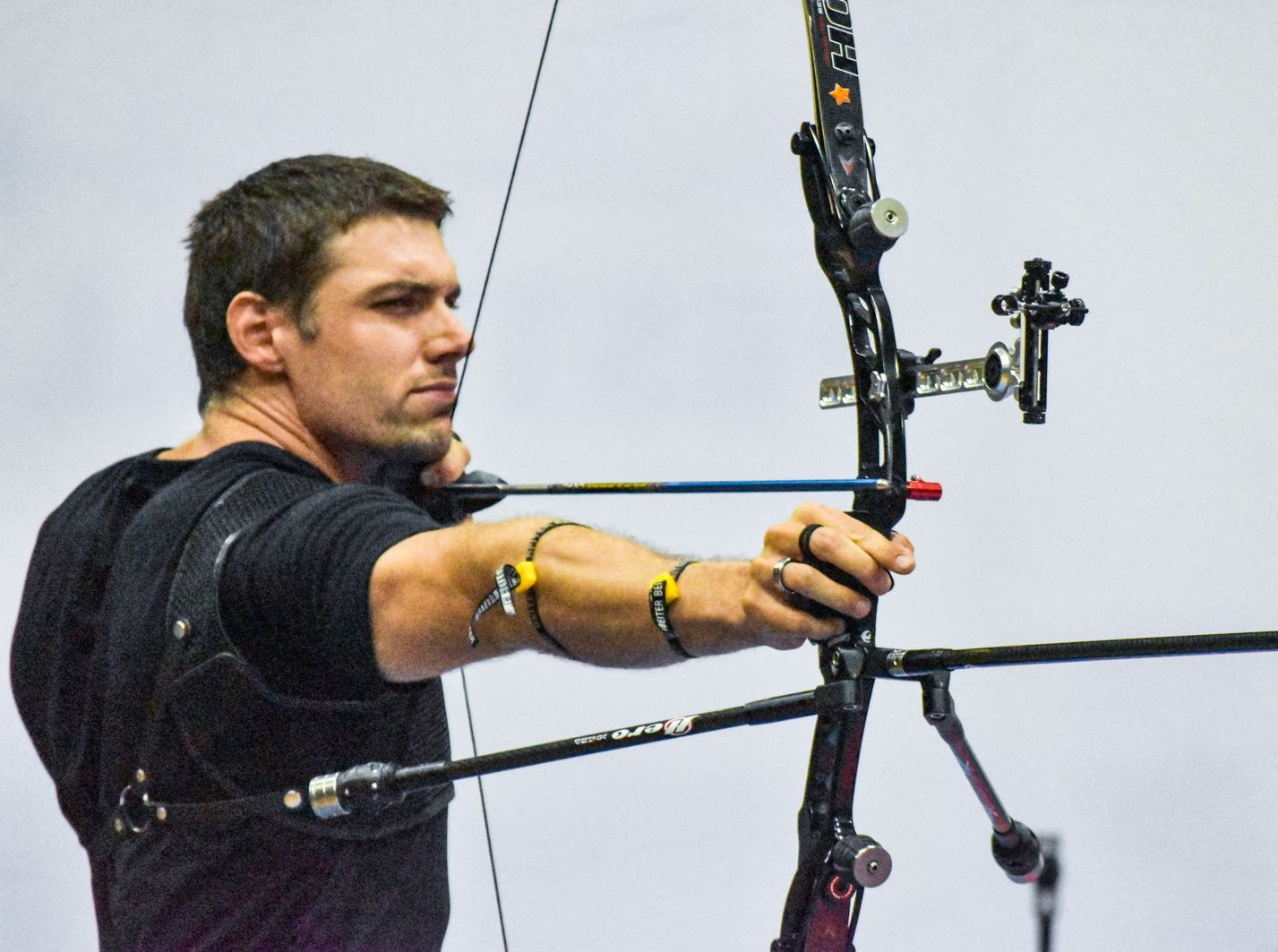 Australia's David Barnes has moved to the top of the 2020 Indoor Archery World Series men's recurve rankings after winning his home event in Sydney.

The 33-year-old saw off compatriot James Gaze 6-4 in the final at Whitlam Centre, and now boasts 375 points at the top of the leaderboard.

He earned 250 points for his victory and leads Crispin Duenas of Canada, who has 300 in second place.

Barnes won a bronze medal at the age of 17 at the 2003 World Championships, before competing at the Athens 2004 Olympics.

At 21, he decided to walk away from the sport but he returned to senior competition again in 2018.

In the women's compound, American Paige Pearce came out on top to also climb to the summit of the rankings.

It follows her reaching the podium at three out of the four World Indoor Tour legs this season.

"The level of compound women has been increasing more and more every year," said Pearce, the world number three.

"Each competition is harder and harder.

"It just goes to show that we're all working hard to improve our game and I know, as a division, we want to show everyone what we're capable of."

Sarah Prieels of Belgium is second behind Pearce in the standings on 395 points.

Top-ranked men's compound archer Tate Morgan won another gold for the US as he beat Australia's second-ranked Jai Francis 146-145.

He is second overall on 345 with Dutchman Mike Schloesser leading the way on 525.

Australia's Jock Thompson beat compatriot Matthew McDougall 10-9 in a shoot-off for bronze, after a 142-142 draw.

She is now in a four-way tie with four archers, who all have 250 points at the top of the overall rankings.

The competition formed part of the Sydney Indoor Archery Festival and went ahead despite the bushfire crisis in Australia.

Nimes in France hosts the penultimate competition on the circuit next weekend, where 1,000 points are available for a victory.

The 2020 Indoor Archery World Series Finals will be held to conclude the season in Las Vegas in February.