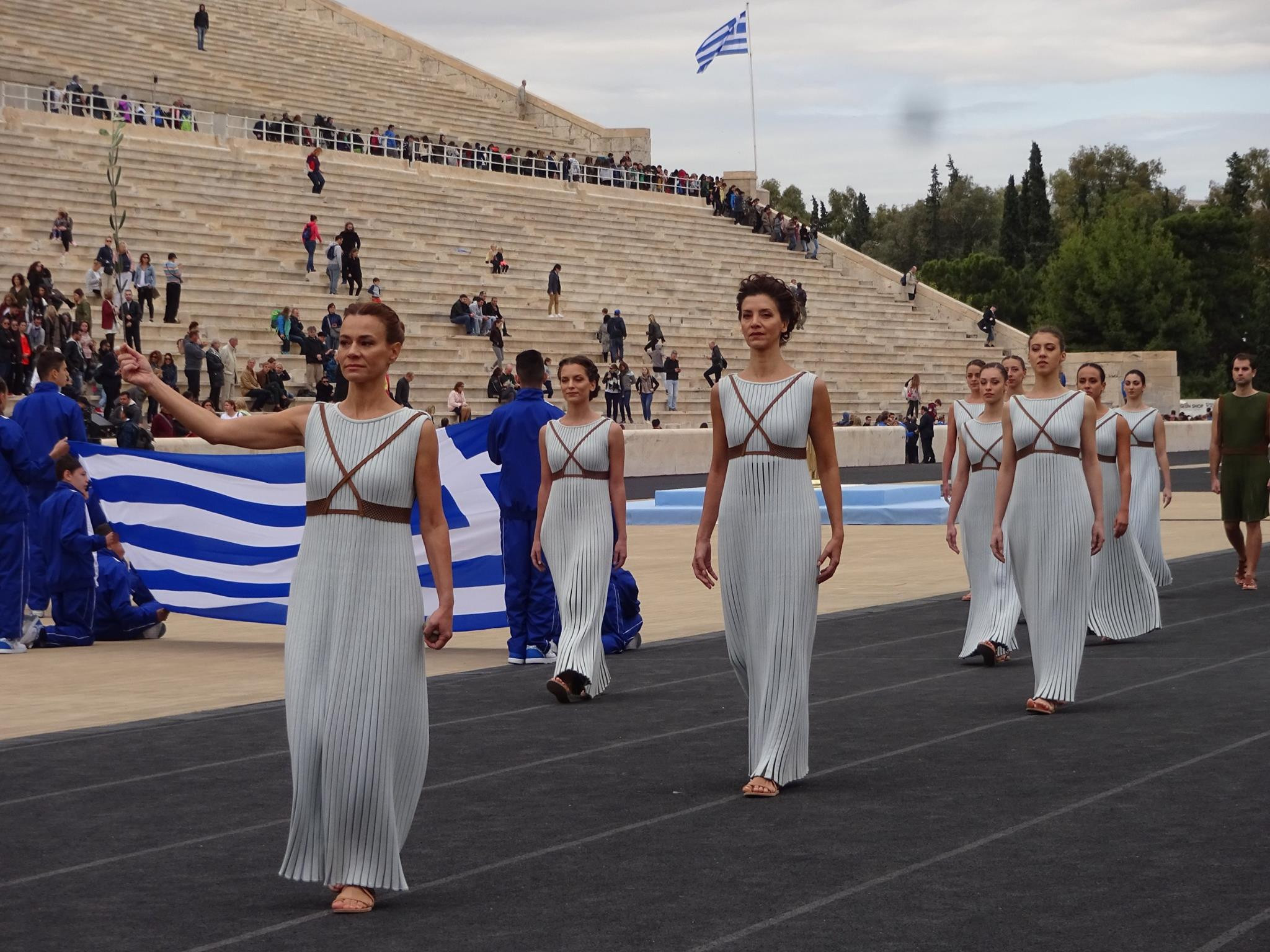 The Hellenic Olympic Committee (HOC) has announced that its highest award is to be presented to Artemis Ignatiou, the choreographer of the flame lighting ceremony in Ancient Olympia.

The HOC told Ignatiou the Vikelas award, named after the first International Olympic Committee President Dimetrios Vikelas, was given, "In acknowledgment of your contribution to Greek athletics and to the Olympic movement".

Ignatiou has been involved with the torch-lighting ceremony for over 30 years, first as a performer, then as choreographer.

She became director of the ceremony in 2008, taking over from Maria Hors, a legendary figure in Greek theatre.

She will also take charge of the performance for the Tokyo torch relay which begins on March 12.

She leads a team of dancers and musicians who perform in ceremonies at the site of the ancient Olympic Games in Olympia, and also at the handover held in the Panathinaiko stadium in Athens.

"Emotion and pride for the highest honour," she said.

"She is the heart and the soul of the ceremonies, she is a great person, she gives us an inspiration to make our contribution to the Olympic flame as good as we can."

The Vikelas award was established on 2017,

It is given to "important personalities that have contributed to the Olympic movement and Greek sports".

The award will be formally presented in Athens next week.