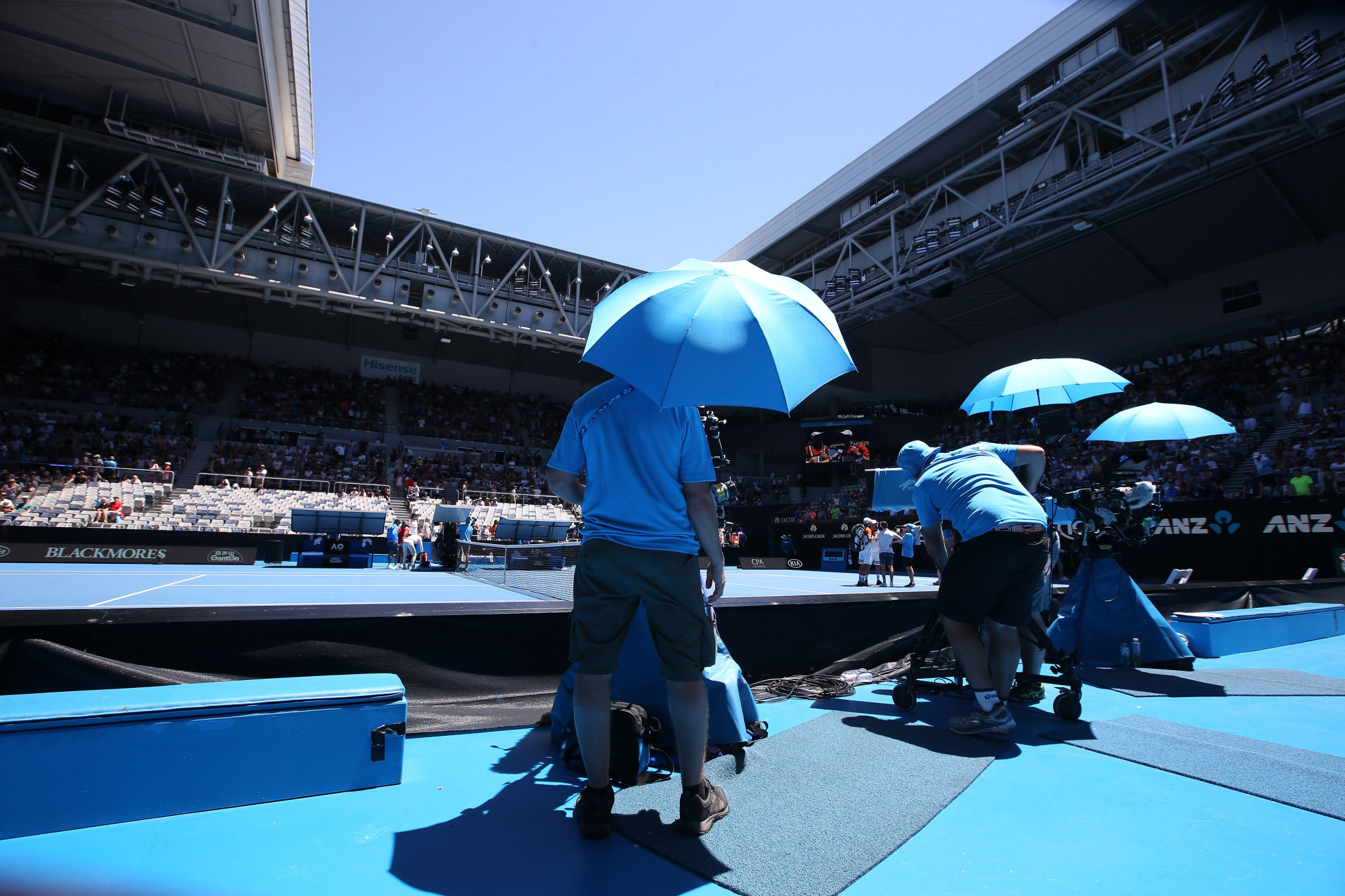 Australian Open organisers should consider moving the tournament to March or November, a climate change lobby group has warned.

Their report, called "Love 40 Degrees? Climate Change, Extreme Heat and the Australian Open", also suggests that the tournament be extended in length from two weeks with matches cancelled during the hottest parts of the day.

According to the group, the report "aims to prompt authorities to recognise the threat climate change presents to tennis and take action to safeguard its future as a summer sport".

The Australian Open, the first Grand Slam of the tennis season, is an early sporting highlight of a new year and always takes place in January.

High temperatures have often been a problem as the competition is held during the Australian summer, with withdrawals not uncommon.

This year's tournament, which began yesterday, has further brought the safety of players into the spotlight due to smoke from Australia's bushfires.

"Australian tennis is already experiencing the impact of climate change, with smoke from bushfires and extreme heat driven by climate change increasing health risks for players and the likelihood of match disruptions," the Research Hub said.

"Tennis authorities should consider a series of actions to protect players, such as extending the length of the tournament – to allow games to be cancelled in the hottest part of the day if it's too hot on court – or moving the event to November or March.

"Climate change threats may soon represent material financial issues for Tennis Australia and its directors, who could face liability under the Corporations Act for failing to adequately address and report these risks."

In 2015, a fan reportedly sued the Melbourne and Olympic Parks Trust for not closing the roof during a match, allegedly causing her to fall down some stairs when looking for shade.

This year's Australian Open, however, began with rain showers wiping out much of the play on yesterday's opening day.

"The number of days over 35 degrees in Melbourne during January is predicted to increase in coming decades," said Gavan McFadzean, the climate change programme manager at the Australian Conservation Foundation, which commissioned the research.

"Appropriate heat policies are important to protect player health, but so is action to combat climate change, which is driving this extreme heat and more ferocious bushfire seasons.

"Tennis authorities have a responsibility to recognise the threat climate change presents to the Australian Open's future as a January tournament.

"We commend Tennis Australia for joining the UN Sports for Climate Action Framework and urge it to raise its voice for strong, meaningful climate action from our Government."

The Australian Open introduced an extreme weather policy in 1998.

Read the full report from the Research Hub here.