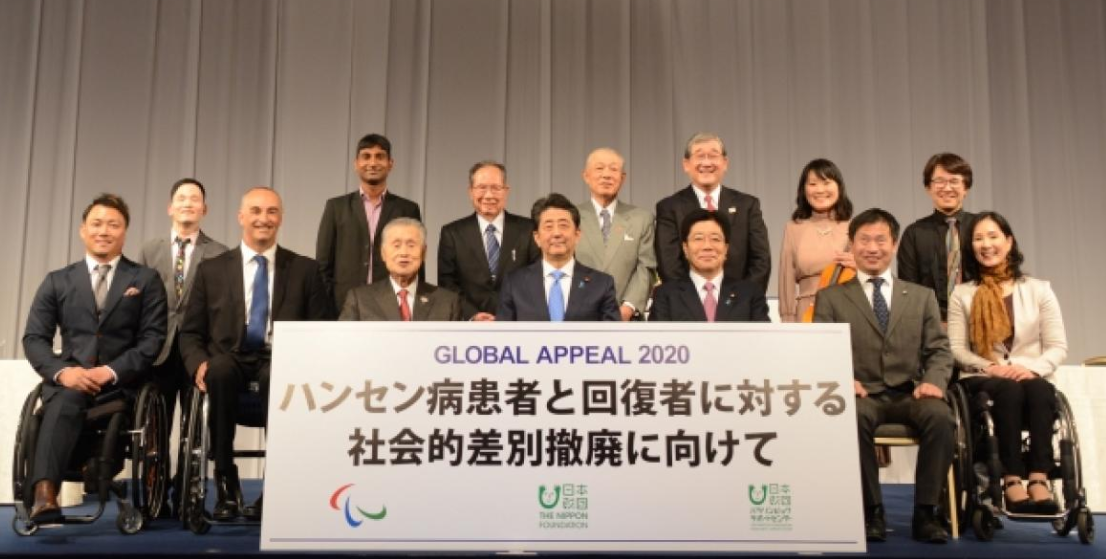 The International Paralympic Committee (IPC), in collaboration with with the Prime Minister of Japan Shinzo Abe, has joined the Nippon Foundation to launch a global appeal for the elimination of leprosy discrimination.

For more than five decades, the Nippon Foundation, a private, non-profit Japanese organisation, has been working to control the effects of leprosy.

With Tokyo preparing to host the Paralympics for a second time, the Foundation held a Global Appeal Declaration Ceremony, vowing to use Tokyo 2020 to raise awareness on leprosy discrimination.

While leprosy can be cured, its stigma can sometimes be permanent, with many people discriminated against and alienated.

Yohei Sasakawa, chairman of the Nippon Foundation, is hoping the Tokyo 2020 Paralympic Games will act as a catalyst for raising understanding about inclusion in the society.

"I am confident that the activities of the Paralympians in Tokyo will surely impress the people of the world and send an important message that they must become an inclusive society," Sasakawa said.

"I am pleased to be able to work with the International Paralympic Committee to fight all forms of discrimination and stigma in this memorable year, aiming for a society where all people are respected."

IPC Vice President Duane Kale, who won four Paralympic gold medals in swimming for New Zealand, said: "Among the barriers to social inclusion, are ingrained attitudes and prejudices, often based on ignorance, misinformation or fear.

"Sadly, persons with leprosy encounter these attitudes daily and suffer discrimination in the same way as people with disabilities do.

"As the leaders of the Paralympic Movement, our vision is to make for an inclusive world through Para sport."