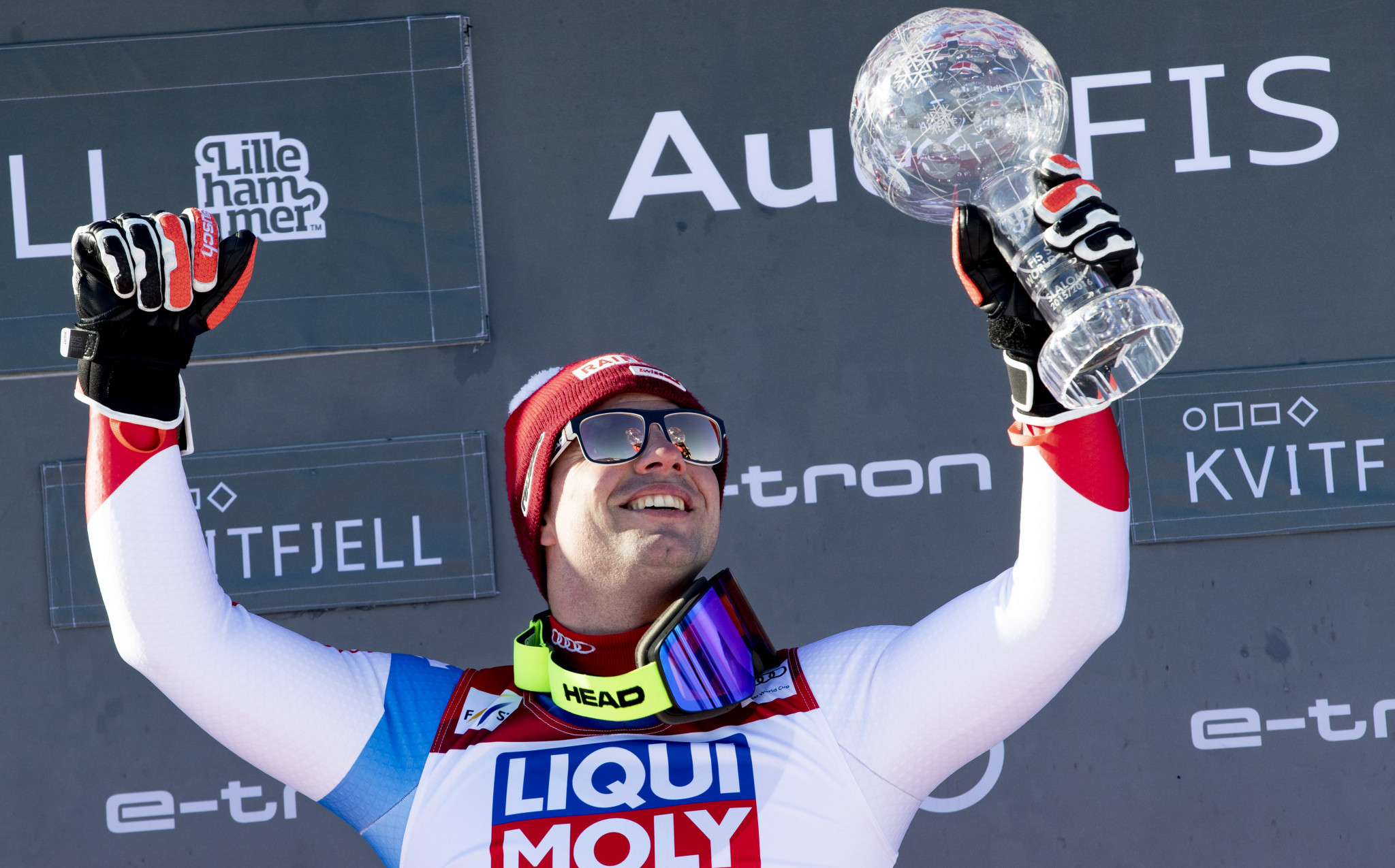 The 33-year-old took the title despite finishing fourth in today's downhill, recording a time of 1min 48:02sec.

He topped the discipline standings on 650 points, followed by Thomas Dressen of Germany on 438 and Matthias Mayer of Austria on 424.

Mayer secured the third place finish after triumphing in today's contest in 1:48.02.

"It's always good to win the last race of the season and to be in the top three of the overall downhill standings because it gives me a strong motivation for next year," said Mayer.

"It's a difficult slope and it's hard to beat the Norwegians here as they are really fast, so I am even more satisfied."

Competition continues tomorrow with the last Super-G event of the season.

It is extremely close in the discipline standings, with Mauro Caviezel of Switzerland first on 365 and Vincent Kriechmayr of Austria just behind him on 362.

He also retook the lead in the overall World Cup standings with a total of 1202 points, moving above Alexis Pinturault of France on 1148.

Henrik Kristoffersen of Norway is not far off the top two on 1041.