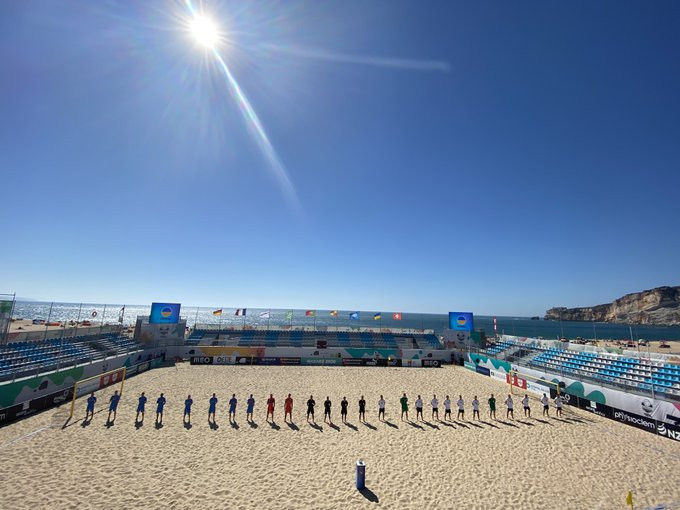 Hosts and defending champions Portugal ran riot in their opening match at the Euro Beach Soccer League Superfinal as they thrashed France 7-0.

Portugal, ranked number one in the world, went 2-0 up in the first period in Nazaré thanks to a brace from Leo Martins.

In the second period, Portugal scored three more goals through Rui Coimbra, Andre Lourenco and Von to go 5-0 up.

Portugal then scored two further goals in the final period, which included Martins completing his hat-trick.

The other match on the opening day of the event was a significantly closer affair as Ukraine beat Germany on penalties.

The Ukrainian side recorded a 7-6 victory after the tournament opener had ended 3-3 at the end of extra time.

The win gives Ukraine the perfect start to the five-team competition, scaled down because of the coronavirus pandemic.

Germany, ranked six places lower than their Ukrainian opponents, had fought back from 3-1 down in the last period to force extra time.

Christian Biermann scored a late equaliser to level the scores and neither team found the net in the additional period.

Ukraine held their nerve on penalties, scoring four of their five spot-kicks to get their campaign off to a winning start.

Figueira da Foz was due to host the event but pushed back its hosting rights until 2021 as a result of the COVID-19 pandemic, prompting Beach Soccer Worldwide to move this year's event to Nazaré.