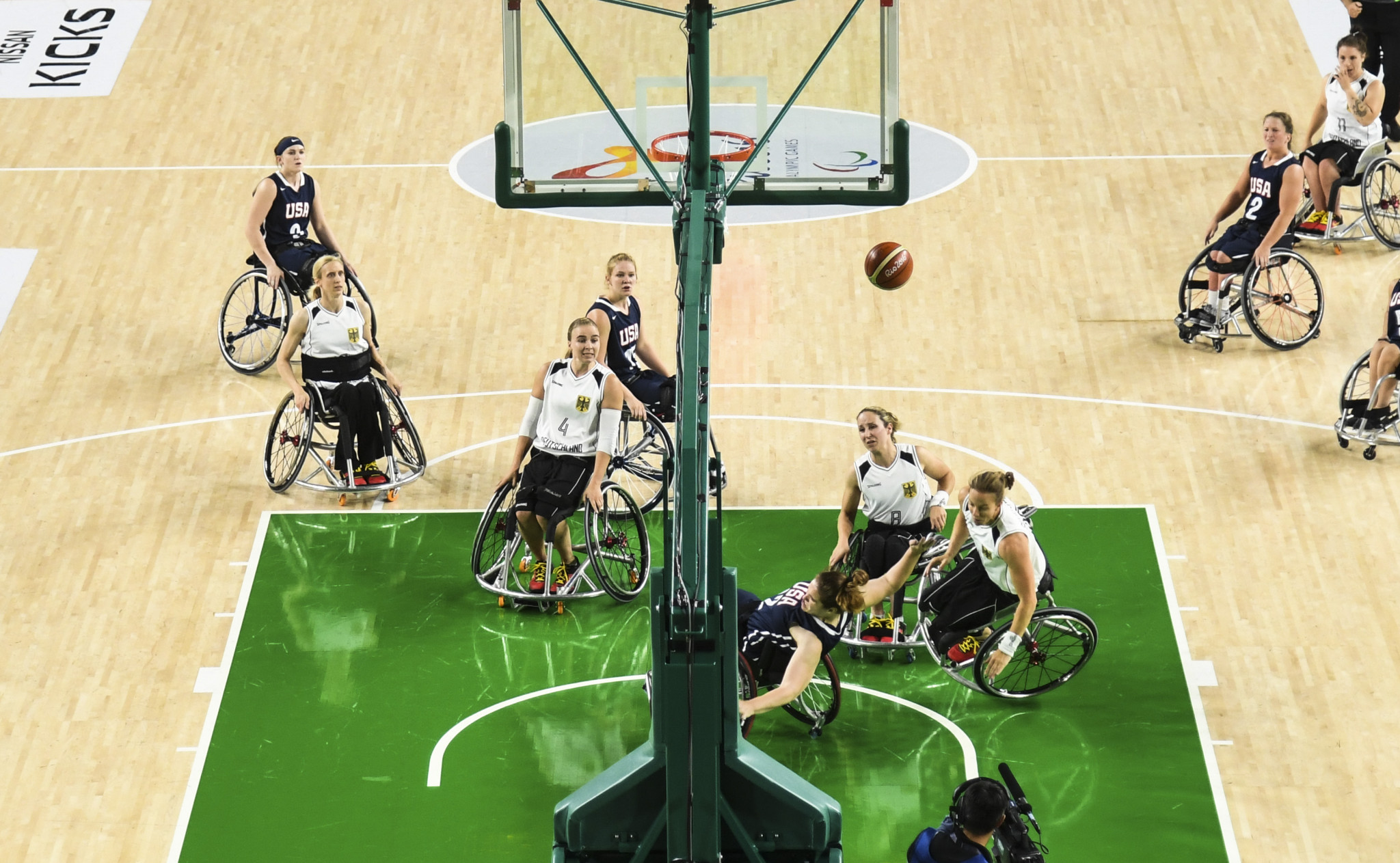 The International Paralympic Committee (IPC) has said it "sympathises greatly" with players found ineligible to compete in wheelchair basketball events at the Tokyo 2020 Paralympic Games, but has insisted the rules of the sport must be followed to ensure the integrity of the competitions.

IPC President Andrew Parsons and Chelsey Gotell, the chairperson of the IPC Athletes' Council, have published an open letter regarding the ongoing debate after the organisation found the International Wheelchair Basketball Federation (IWBF) non-compliant with the 2015 IPC Athlete Classification Code.

The IWBF were ordered to reassess athletes' classifications earlier this year by the IPC.

The IPC said wheelchair basketball was not complying with its classification rules and threatened the sport with removal from Tokyo 2020 if a May 29 deadline to implement an action plan was not met.

Wheelchair basketball has also lost its place at Paris 2024 but this could be reversed if the IWBF becomes "fully compliant" with the IPC Athlete Classification Code by August 2021.

The IWBF announced last month it had reassessed the eligibility of 132 players across the 4.0 and 4.5 classes, with 119 players cleared to play at the postponed Paralympic Games.

Eight existing wheelchair basketball players were subsequently found by the IWBF not to have an eligible impairment to compete in Paralympic sport, while one player was not eligible under its own rules.

Pressure group Global Athlete called the IPC's decision to omit those who are not classified from Tokyo 2020 "illegal", and claimed it violates athletes' rights.

The men's and women's teams from Australia, Canada, Britain, Germany and Spain have called for the IPC to allow the ineligible athletes to compete.

Athletes from the Colombian, South Korean and Turkish men's national teams, as well as the Dutch women's team, have also backed the call.

The IPC's open letter says the organisation "acted with the athlete community's best interests at heart", with the organisation outlining that possible options were to "exclude wheelchair basketball from the Tokyo 2020 Paralympic Games or suspend the IWBF's membership of the IPC".

The IPC said it deemed that this was "not necessary nor proportionate, and would have impacted multiple National Paralympic Committees and more than 250 athletes for the Games".

The decision to request verification of each 4.0 and 4.5 player set to compete at Tokyo 2020 was described by the IPC as protecting "the integrity of competition and safeguarding the rights of all eligible wheelchair basketball players and all other Para-athletes".

"The IPC also wanted to avoid a repeat of the Sydney 2000 Paralympic Games when it was subsequently revealed that several non-eligible players had formed part of Spain's men's gold medal winning team in basketball ID (for athletes with an intellectual impairment)," the open letter reads.

"The result was global news, huge reputational damage to the Paralympic Movement and the exclusion of intellectually impaired athletes from the Games until London 2012 following the introduction of a robust classification system and new eligibility criteria.

"Had the IPC not acted, then 20 years after the scandal of the Sydney 2000 Paralympic Games, we could have faced a similar scenario whereby an unknown number of athletes with non-eligible impairments could have competed in the Paralympic Games.

"The difference this time would have been that unlike Sydney 2000, the non-eligible athletes would have competed with the full knowledge of the respective International Federation.

"This was of significant concern to us, and we felt that we could not just ignore the issue and sleepwalk into a classification crisis."

Criticism has been directed at the IPC over the timing of the measures.

The IPC said it found the IWBF to be non-compliant with the Classification Code in September 2018, with assistance offered and the measures required to be taken ahead of Tokyo 2020 outlined.

The IWBF were claimed to have failed to co-operate or make the necessary changes to achieve compliance, leading to the decision made in January.

The IPC added that it ordinarily does not comment on code compliance matters outside of the formal process set out under the code.

With wheelchair basketball national federations not being legal members of the IPC, the organisation said it "did not want to overstep the mark and communicate directly to them on this matter, it was for the IWBF to do and not the IPC".

Parsons and Gotell concluded the open letter by stressing that the IPC is asking the IWBF to comply with rules which other International Federations are following.

"We would also like to stress that any athlete that plays sport wants other athletes to play and abide by the rules of the sport," the open letter reads.

"The IPC requires the same of its International Federations.

"We want International Federations to abide by the rules that have been approved overwhelmingly by the IPC membership.

"In this case, the rules are the 2015 IPC Athlete Classification Code, a code that was approved following years of consultation with the Paralympic Movement, including the athlete community.

"No athlete or sport should be an exception to the rules.

"The IPC has always been very clear with the IWBF on what it needs to do to comply with the 2015 Athlete Classification Code.

"We continue to offer the full support of the IPC management team and IPC Classification Committee.

"However, we do also wish to note the significant amount of time and resources that this matter has consumed, which has prevented the IPC from being able to dedicate time to assisting other International Federations and National Paralympic Committees in this area.

"The whole IPC Governing Board and IPC Athletes' Council sympathises greatly with the players recently found non-eligible and acknowledge the impact this has had on teams preparing for Tokyo.

"It should also be noted that athletes being found non-eligible is not unique to this IWBF situation.

"Unfortunately in the Paralympic Movement despite each sport's best efforts to avoid the unpleasant situation, it is always possible for athletes (in any sport) to be ruled non eligible or move sport class prior to a Games, even though such athletes may have participated in qualification events.

"Finally, it should be noted that the rules of the 2015 IPC Athlete Classification Code came into effect on 1 January 2017, the start of the Paralympic cycle.

"Had the IWBF applied the rules accordingly, these decisions regarding player non-eligibility would not have been taken so close to the Tokyo 2020 Paralympic Games.

"We hope the IWBF continues to make progress in its efforts to become fully compliant with the 2015 IPC Athlete Classification Code so that the sport and its players can be part of the Paris 2024 Paralympic Games."