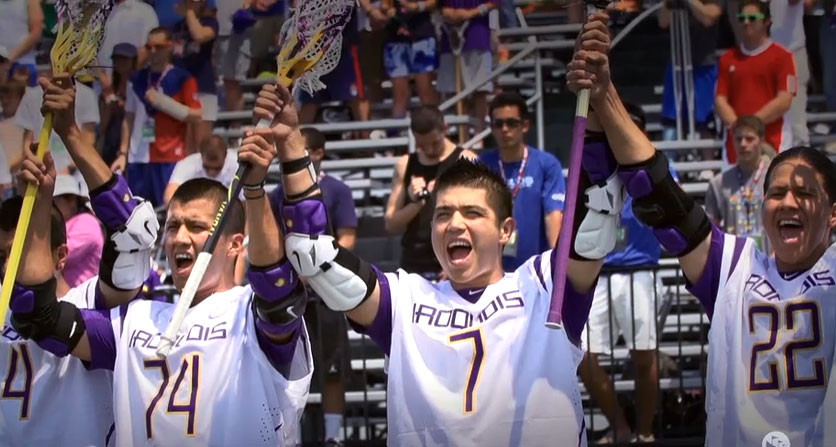 Ireland Lacrosse is to withdraw from the men's 2022 World Games contest in Birmingham in the United States, clearing the way for the Iroquois Nationals team to take part.

The Iroquois Nationals - who represent the Haudenosaunee, a confederacy of six First Nations - were previously not eligible to play at the Games as the International World Games Association (IWGA) eligibility rules followed International Olympic Committee regulations, which did not recognise them as representing a state.

However, following a u-turn, the team is now eligible.

Ireland's vacation of its spot in the eight-team men's tournament means World Lacrosse will submit selection criteria and the teams to have met it to the IWGA again, and the Iroquois Nationals will be on that list.

They had met qualification criteria previously.

The Iroquois Nationals are a full World Lacrosse member and Native Americans invented the sport, so ensuring the team could compete was seen as an important measure in upholding lacrosse's history.

Michael Kennedy, chief executive of Ireland Lacrosse, said the organisation's Board of Directors, coaches and athletes were all in favour of the move to vacate Ireland's place at the World Games.

"It's simply the right thing to do," Kennedy said.

"We are a proud member of World Lacrosse and we recognise the importance of The World Games to the continued growth of our sport.

"As much as our players would have been honoured to compete, we know the right thing is for the Iroquois Nationals to represent our sport on this international stage."

At the 2018 World Championship, Ireland finished 12th while the Iroquois Nationals came third.

"Once World Lacrosse received the welcome news from the IWGA that the Iroquois Nationals are eligible for selection, we knew it was time to play our part and voluntarily step aside," Kennedy added.