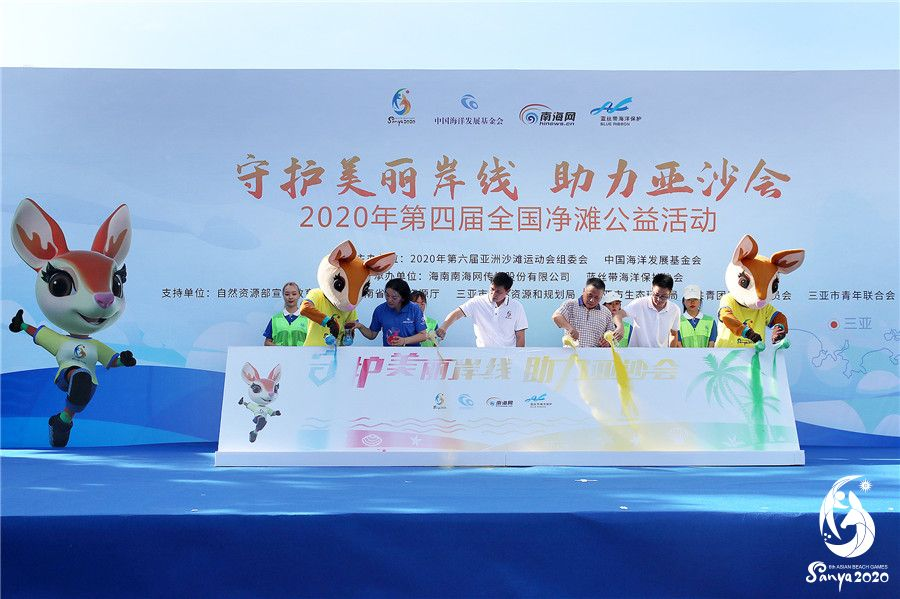 Organisers of the Asian Beach Games in Sanya have participated in a beach clean-up event.

The event was aimed at encouraging the general public to form a greater awareness of marine ecological issues, with the hope they will participate in activities to protect marine life.

The clean-up event was organised with support from the China Ocean Development Foundation.

A total of 418 volunteers participated in the event, including school teachers, students and divers.

"It is hoped that through the combination of marine environmental protection public welfare activities and sports event publicity activities, it will attract the participation and attention of the general public who love the ocean and sports, and jointly promote a green and environmentally friendly lifestyle," said Shen Dean, deputy secretary general of the Asian Beach Games.

"By organising public welfare activities for marine protection and beach cleaning, it will help form a good situation for the whole society to jointly promote the construction of marine ecological civilization.

The event coincided with International Beach Cleaning Day, which takes place on the third Saturday in September each year.

Asian Beach Games mascot Yaya participated in the launching ceremony as a special guest and was part of on-site publicity.

Volunteers cleaned up rubbish on the beach of Dadonghai, while Sanya sailing athletes and divers helped remove rubbish from the sea.

Awards were presented to outstanding volunteers on the spot, with the winners receiving merchandise badges and refrigerator stickers.

The Asian Beach Games had originally been planned for between November 28 and December 6 this year.

Organisers were forced to postpone the event after the Chinese Government decided to cancel the majority of international sporting events for the rest of 2020.

The Olympic Council of Asia announced in August that the multi-sport event in the Chinese city will now be held from April 2 to 10.