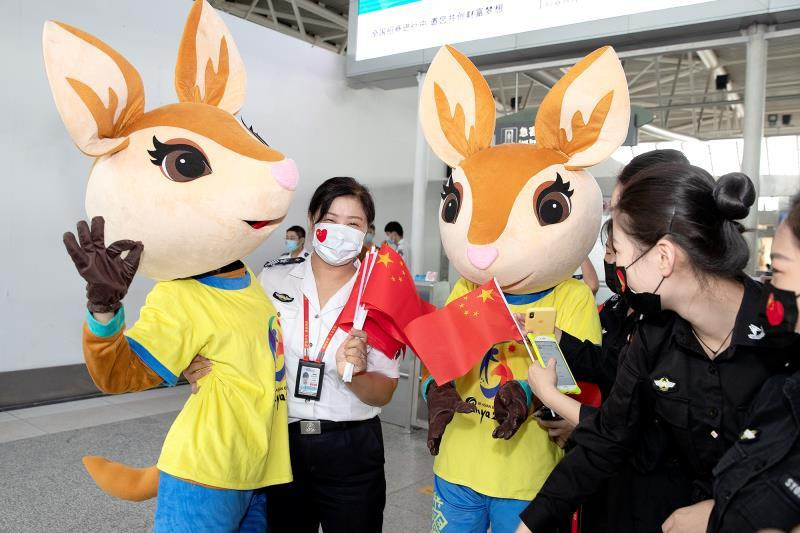 Sanya 2020 held a pop-up event at the city's airport to promote next year's Asian Beach Games.

Deer mascot Yaya was among those in attendance at Phoenix International Airport, where dancing and rap was part of the festivities.

Passengers were handed information about the Asian Beach Games, which have been delayed until next year because of the coroanvirus pandemic.

They were encouraged to take up volunteering roles at the Olympic Council of Asia (OCA) event.

The airport usually attracts more than 10 million passengers a year and will be a key entry hub for the Asian Beach Games.

It has pledged to create a "welcoming atmosphere" for when visitors arrived for the event, now scheduled between April 2 and 10.

Organisers were forced to postpone the event, originally planned for between November 28 and December 6 this year, after the Chinese Government decided to cancel the majority of international sporting events for the rest of 2020.

It was claimed that "science and order" was behind this decision which was made amid the continued uncertainty caused by the global health crisis.

The OCA has confirmed that the name "Sanya 2020" will still be used despite the event taking place next year.

China's sporting ban for 2020 does not include test events for the Beijing 2022 Winter Olympics and Paralympics.