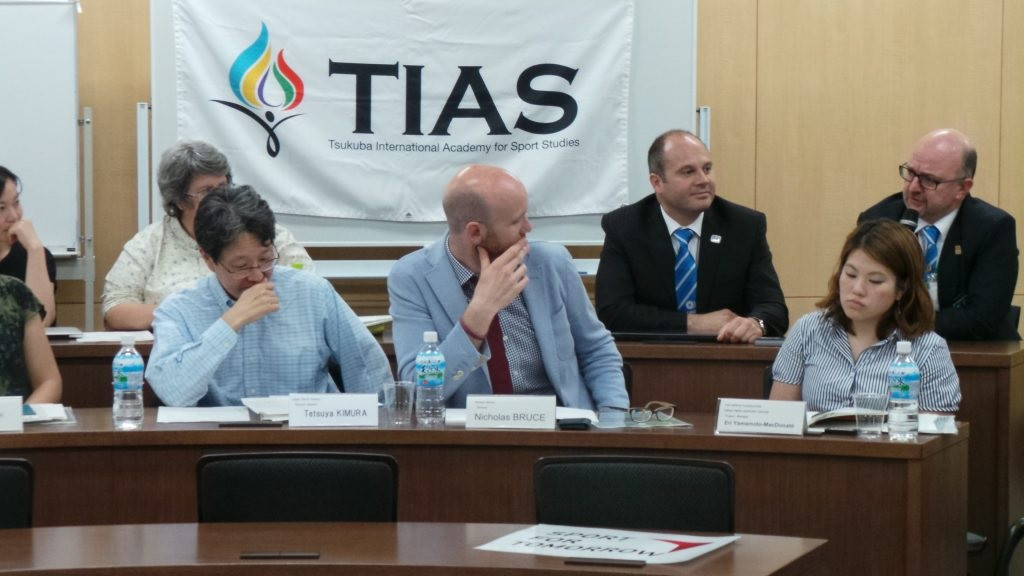 A doctor who has direct links between the International Weightlifting Federation (IWF) and a key part of the Olympic Movement has resigned from the IWF Medical Committee and urged the entire Executive Board to stand down.

On the same day British Weight Lifting issued another strong statement, again calling for the entire IWF Board to resign.

The IWF "is in imminent danger of being thrown out of the Olympic family," wrote Dr Dominik Doerr in his resignation letter, which has been seen by insidethegames.

He also said the next elections should be held virtually rather than in person to reduce the risk of corruption as votes are cast.

Doerr will no longer represent the IWF at the Association of Summer Olympic International Federations (ASOIF), for whom he sits on the Medical and Science Consultative Group.

After a year blighted by a corruption scandal, the IWF had three Interim Presidents in three days last week, when the International Olympic Committee (IOC) said for the third time in nine days that it was "deeply concerned" about the way the sport is run.

Antonio Urso, President of the European Weightlifting Federation, and Ursula Papandrea, who was deposed as Interim President, both resigned from the Executive Board and said IOC intervention in IWF operations was the best hope of keeping the sport on the Olympic Games programme.

"Only a radical reform process will save us from that scenario," Doerr wrote to fellow doctor and new IWF Interim President Mike Irani of Britain.

"Therefore, I suggest to you to urge the vice-presidents, the rest of the Executive Board and all the committees to completely step back.

"Then to seek external support by IOC and ASOIF to take over the reform process by independent experts until the Electoral Congress and even beyond."

Doerr said the IWF’s plans to stage Constitutional and Electoral Congresses over four days in late March, either in Lausanne or Istanbul, "comes too late" because the next IOC Board meeting is in December.

He further said it was "not correct from a medical point of view" to require the physical presence of member federations representatives, guests and staff at a Congress.

"My suggestion is a virtual Congress as soon as possible.

"Additionally, the risk of influencing and corruption will be diminished in a virtual format."

He said he wanted "to send a signal" about his fears for the sport, as Urso and Papandrea had already done.

Doerr, President of the Luxembourg Weightlifting Federation, has worked with Irani, who chairs the IWF Medical Committee, for years.

He has represented the IWF at events and seminars and is seen as an expert on transgender issues, on which subject he gave a lecture to the Executive Board before the IWF agreed to follow the IOC’s transgender guidelines.

Meanwhile Irani and Sarah Davies, chair of the IWF Athletes Commission, have both stepped down from roles at British Weight Lifting (BWL) to focus on their IWF roles.

The BWL independent chairman Angus Kinnear thanked both for their valued service and said of Irani: "We wish him every success especially in these extremely concerning times with the future of the sport at stake.

"We hope that he will remain fully committed to implementing very real change at the IWF, particularly in the areas of governance, anti-doping reform and athlete representation, while ensuring the current Olympic qualification process for Tokyo remains unchanged."

He also reiterated BWL’s view that the entire IWF Board should stand down.

"We firmly believe that the IWF Executive Board are clearly failing the sport, its Member Federations and most importantly its athletes and has done so for many years," said Kinnear.

"We urge the IWF Executive Board to step down with immediate effect and start a new electoral process with independent oversight and allowing for ethically eligible candidates and a more appropriate Constitution that will provide the IWF with an opportunity to rebuild its reputation.

“Once reform occurs within the IWF and the athlete voice is heard, we firmly believe it will ensure that weightlifting’s position in the 2024 Olympics is not only secured but that it will provide a strong foundation to further grow and develop the sport around the world.

"In the meantime BWL would encourage all Member Federations to come together and to push for complete reform within the IWF, which will ensure the successful long-term future of the sport and provide the very best opportunities for its athletes."