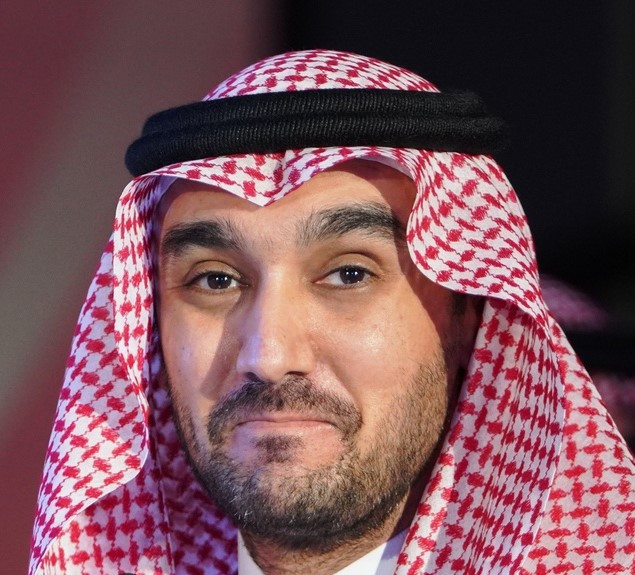 The Olympic Council of Asia (OCA) has announced the appointed of Prince Abdulaziz bin Turki Al-Faisal Al-Saud as one of the organisation’s vice-presidents.

Prince Abdulaziz is President of the Saudi Arabian Olympic Committee (SAOC) and the country’s Minister of Sport.

His appointment as an OCA vice-president follows Riyadh being awarded the 2034 Asian Games in December.

Prince Abdulaziz currently is a member of the OCA Executive Board and chairs the OCA Education Committee.

"His Royal Highness has already made a big impression on the OCA Executive Board in his role as Chairman of the OCA Education Committee and we are sure he will bring a lot of creativity and innovative ideas to our work in the Olympic Movement in Asia.

"These are very exciting times for sport in West Asia and everyone is looking forward to the first Asian Games to be held in Saudi Arabia, in the beautiful and historic capital city of Riyadh, in 2034."

The OCA said Prince Abdulaziz is leading efforts towards developing a vibrant sporting economy in Saudi Arabia, creating opportunities for the public and the nation’s athletes.

Prince Abdulaziz has a motor racing background and was once a Red Bull athlete.

He also chairs the Arab Football Federation, serves as President of the Islamic Solidarity Sports Federation and a member of the Marketing Commission of the International Olympic Committee.

Under the OCA Constitution, the QOC was permitted to nominate a candidate for the OCA vice-presidency role after Doha was awarded hosting rights to stage the 2030 Asian Games, and likewise the SAOC after Riyadh was granted hosting rights for the 2034 Games.