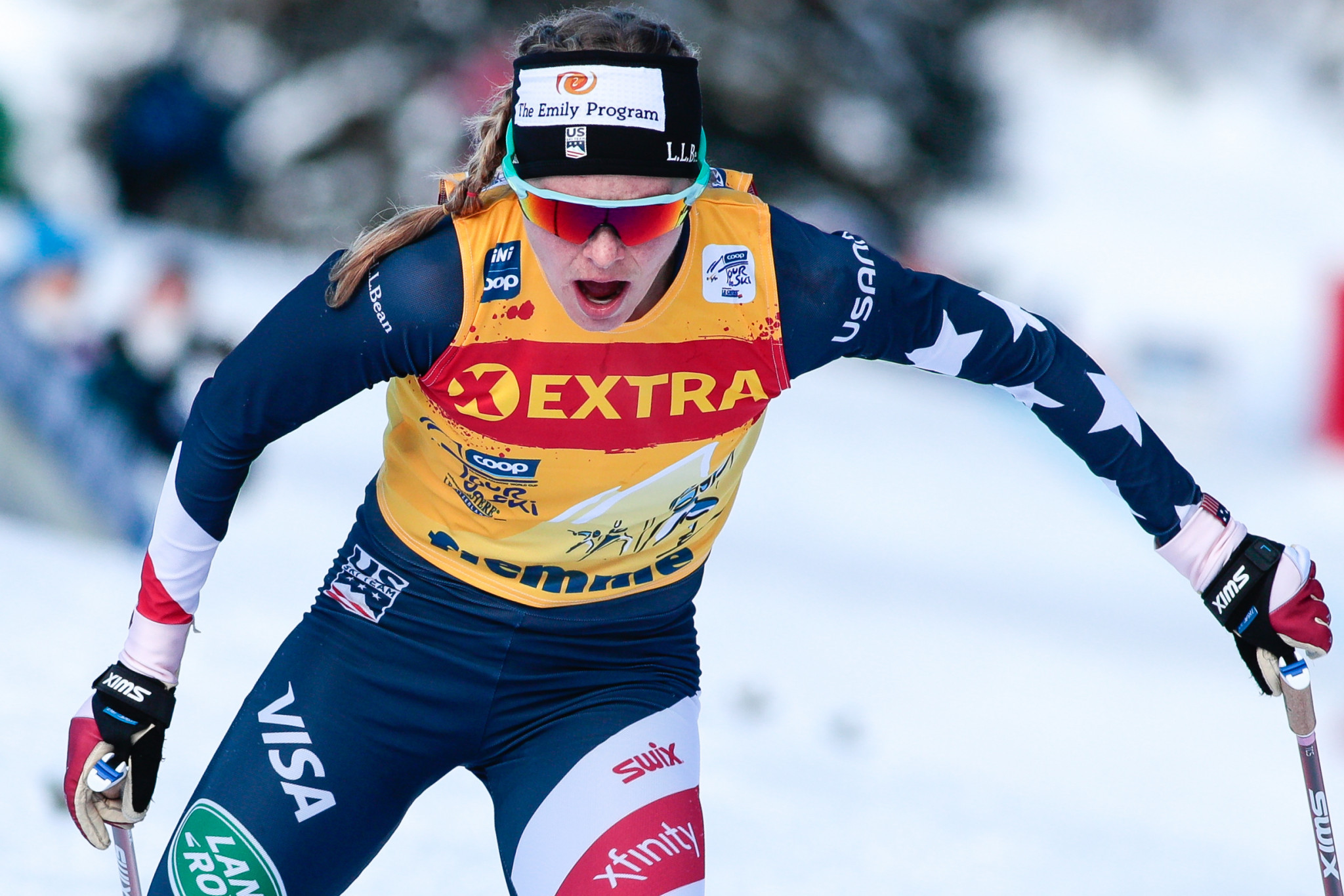 American cross-country skier Jessie Diggins is aiming for her first individual title at the Nordic World Ski Championships, which begin in Oberstdorf tomorrow.

Diggins has dominated in women's cross-country this season and is on track to win the overall World Cup title.

She also became the first non-European athlete to win the Tour de Ski in January.

The 29-year-old previously earned a world title in the team sprint in 2013 and finished with bronze in the same event in 2017, also taking a silver medal in the 10 kilometres freestyle in 2015 and the individual sprint in 2017.

"It’s always been a big dream of mine to be able to show up ready to play, no matter what it is, distance, sprint, classic, skate, skiathlon, whatever it is, I want to show up and be ready to give it my best fight," Diggins said.

"I'm finally getting to that place in my career, and I’m really excited about that."

Cross-country competition at the World Championships is scheduled to begin tomorrow with men's and women's freestyle qualification, and run until March 7.

Sprint racing has been delayed and will now not start until Thursday (February 25).

In the men's contest, Johannes Høsflot Klæbo of Norway will be defending titles in the sprint, team sprint and 4x10km relay.

Competition will be held on normal and large hills for both men and women, with a normal hill team event also scheduled.

Markus Eisenbichler of Germany is in good form to defend his large hill title, but reigning women's normal hill world champion Maren Lundby has struggled this season and is currently seventh in the World Cup standings.

Nordic combined events are set to run from Friday (February 26) to March 6.

Norway’s Jarl Magnus Riiber will be the defending champion in the men's normal hill contest and skipped World Cup competition earlier this month to focus on the World Championships.

Eric Frenzel of Germany is the defending champion in the men's large hill.

Women will contest a Nordic combined event at the World Championships for the first time.

It will be the third time Oberstdorf is host, with the German town previously hosting the event in 1987 and 2005.

Fans will not be in attendance owing to the coronavirus pandemic.