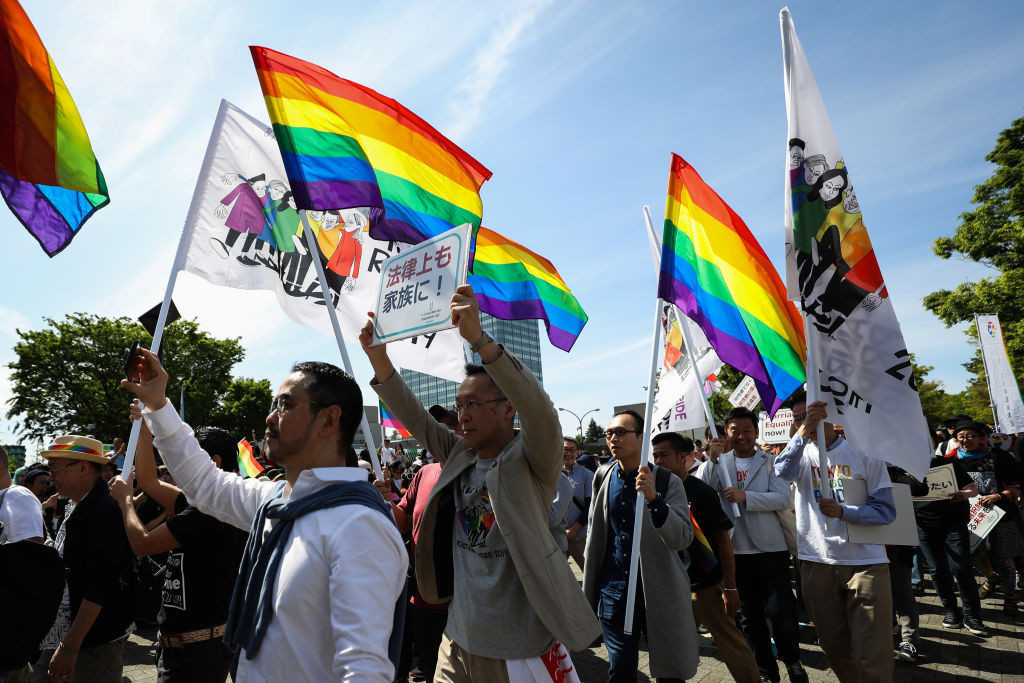 Seven members of the Tokyo 2020 Human Rights, Labor and Participation Committee have called for the adoption of an equality act in Japan before the Olympic Games for the lesbian, gay, bisexual and transgender (LGBT+) community.

In a letter to Tokyo 2020 President Seiko Hashimoto, the Committee members urged organisers, as well as the Japanese Olympic and Paralympic Committees, to promote the passage of an anti-discrimination law.

This proposed legislation will have to go through the National Diet, Japan's parliament, ahead of the Games, scheduled to take place from July 23 to August 8.

"Japan's Government should enact an anti-discrimination law in keeping with the Olympic Charter's ban on 'discrimination of any kind', including sexual orientation and gender identity," said Kanae Doi, Japan director at Human Rights Watch and a member of the Tokyo 2020 Human Rights, Labor and Participation Committee.

On January 25, Human Rights Watch and 115 human rights and LGBT organisations sent a letter to Japanese Prime Minister Yoshihide Suga urging his administration to make progressive changes for the community.

Prior to her appointment, Hashimoto was the Olympics Minister in the Japanese Government, with the 56-year-old competing at seven Games as a cyclist and a speed skater.

She won a bronze medal in the women's 1,500 metres at the Albertville 1992 Winter Olympics in speed skating.

Hashimoto, who had previously faced allegations of sexual harassment at the Sochi 2014 Winter Olympics, was one of three candidates shortlisted by the Selection Committee.

More than 100 athletes have been openly LGBT at the Games since London 2012.

Japan is one of the most LGBT progressive nations in Asia, with homosexuality being legal since 1880.

Although transgender people have been recognised since 2004, a controversial part of its law requires those to only be identified as their preferred gender after reassignment surgery and sterilisation.

Anti-discrimination laws also do not exist in most of the country, including in the workplace, as well as same-sex adoption not being legal.

Despite the public showing to be more in favour of same sex marriage than against it in 2015, it is still not legal in Japan.

The Tokyo Metropolitan Government adopted an ordinance that protects LGBT people from discrimination in line with the Olympic Charter in October 2018.

However, many competitions at the Olympics are set to take place outside the Tokyo area, including the marathon, race walking, golf, fencing and surfing.

In October 2020 at the opening of the Tokyo Pride House, International Olympic Committee President Thomas Bach said he hoped the facility would be "successful and become a legacy of the Tokyo Games".

Pride House is a space for education and inclusiveness at major sporting events, having first been established at the Vancouver 2010 Olympics.