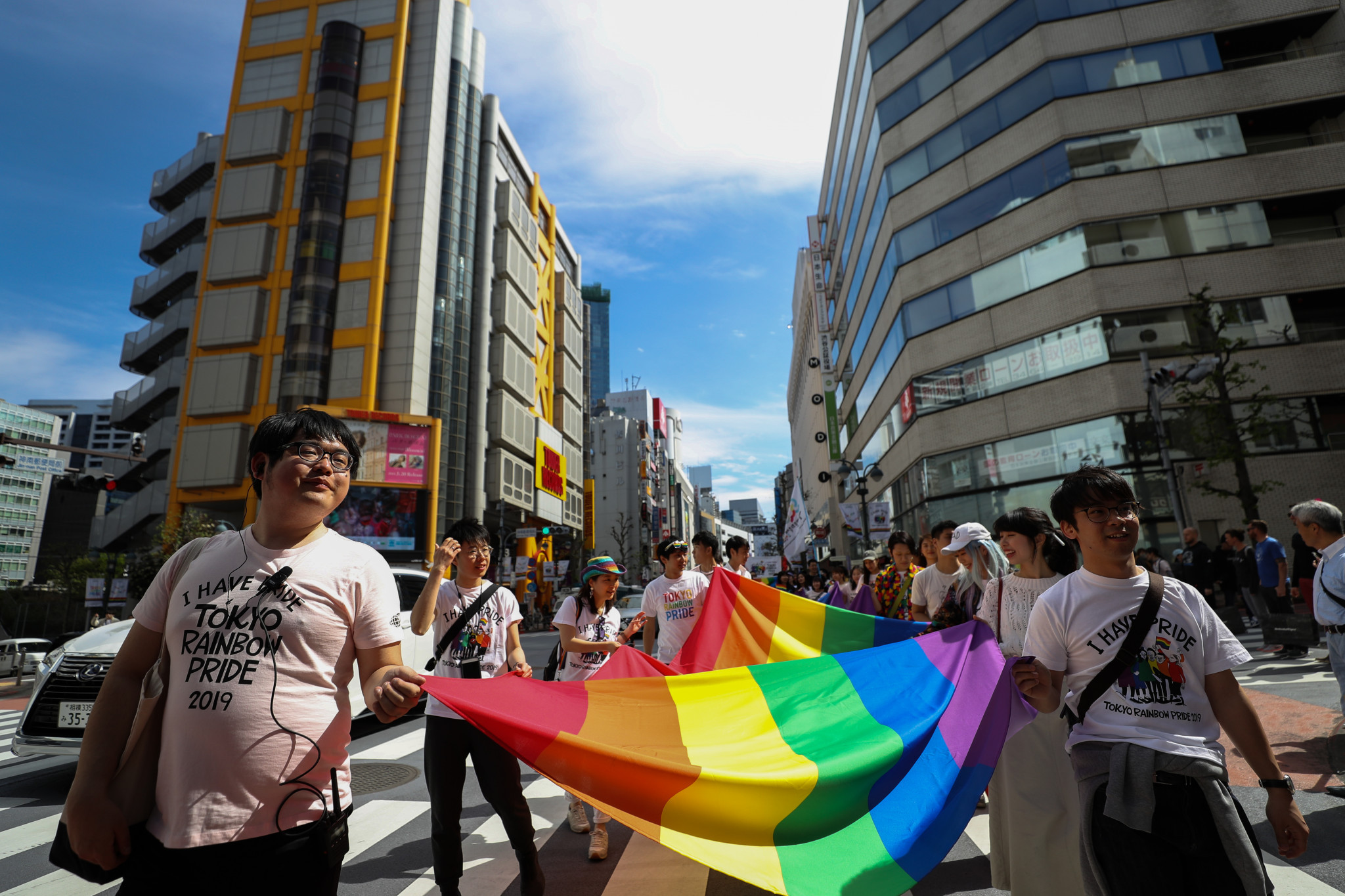 Human Rights Watch is among 116 organisations to have signed a letter calling for Japan to draft and pass an anti-discrimination bill on the basis of sexual orientation or gender identity prior to the rescheduled Tokyo 2020 Olympic and Paralympic Games.

The letter, addressed to Yoshihide Suga, calls on the Japanese Prime Minister to publicly commit to the introduction of a national law that prohibits discrimination on the basis of sexual orientation or gender identity.

Signatories of the letter said the Games are advertised as celebrating "unity in diversity" and "passing on a legacy for the future".

The organisations argued this means Japan needs to enact a national anti-discrimination law to protect lesbian, gay, bisexual and transgender (LGBT) people and athletes in a way that meets international standards.

"With a worldwide audience of billions for the Tokyo Olympic Games, Japan will be in the global spotlight in an unprecedented way," the letter reads.

"This is an important opportunity for you to showcase the Government’s commitment to include LGBT people in society.

"The current lack of legal protections in Japan for LGBT people does not meet the requirements of the Olympic Charter, the Olympic Agenda 2020, or international human rights standards.

"In October 2018, the Tokyo Metropolitan Government adopted an ordinance that protects LGBT people from discrimination in line with the Olympic Charter.

"While a promising step, Japan has not yet enacted national anti-discrimination legislation that includes LGBT people.

"Since several Tokyo 2020 competitions, including the marathon and race walk, golf, fencing, and surfing, will take place outside of Tokyo - in Hokkaido, Saitama, Chiba, Shizuoka, Kanagawa, Miyagi, and Fukushima prefectures - LGBT Japanese fans, athletes, and foreign visitors will not be protected under Tokyo’s anti-discrimination ordinance.

"Although Japan has increasingly taken a leadership role at the United Nations by voting for both the 2011 and 2014 Human Rights Council resolutions calling for an end to violence and discrimination based on sexual orientation and gender identity, LGBT people in Japan continue to face intense social pressure, and have fewer legal protections than their peers."

Kanae Doi, Japan director at Human Rights Watch, added that passing legislation could see Japan become a global LGBT rights leader and would form part of the legacy of the Games.

Japan is considered one of the most LGBT progressive nations in Asia, with homosexuality being legal since 1880.

Despite the public seeming to be more in favour of same sex marriage than against it in 2015, it is still not legal in Japan.

Anti-discrimination laws also do not exist in most of the country, including in the workplace, and same-sex adoption is not legal.

Transgender people have been recognised in Japan since 2004.

Under Japanese law, transgender people only be identified as their preferred gender after reassignment surgery and sterilisation.

Pride House Tokyo Legacy opened its first community hub for LGBT people in October, with the venue aimed at creating an inclusive space and raising awareness of discrimination before the Olympics and Paralympics.

Having been a part of the Olympic Games since Vancouver 2010, Pride House continues to provide information centres to educate the public about sexual diversity and offer refuge for those suffering harassment or discrimination.

The full letter can be read here.