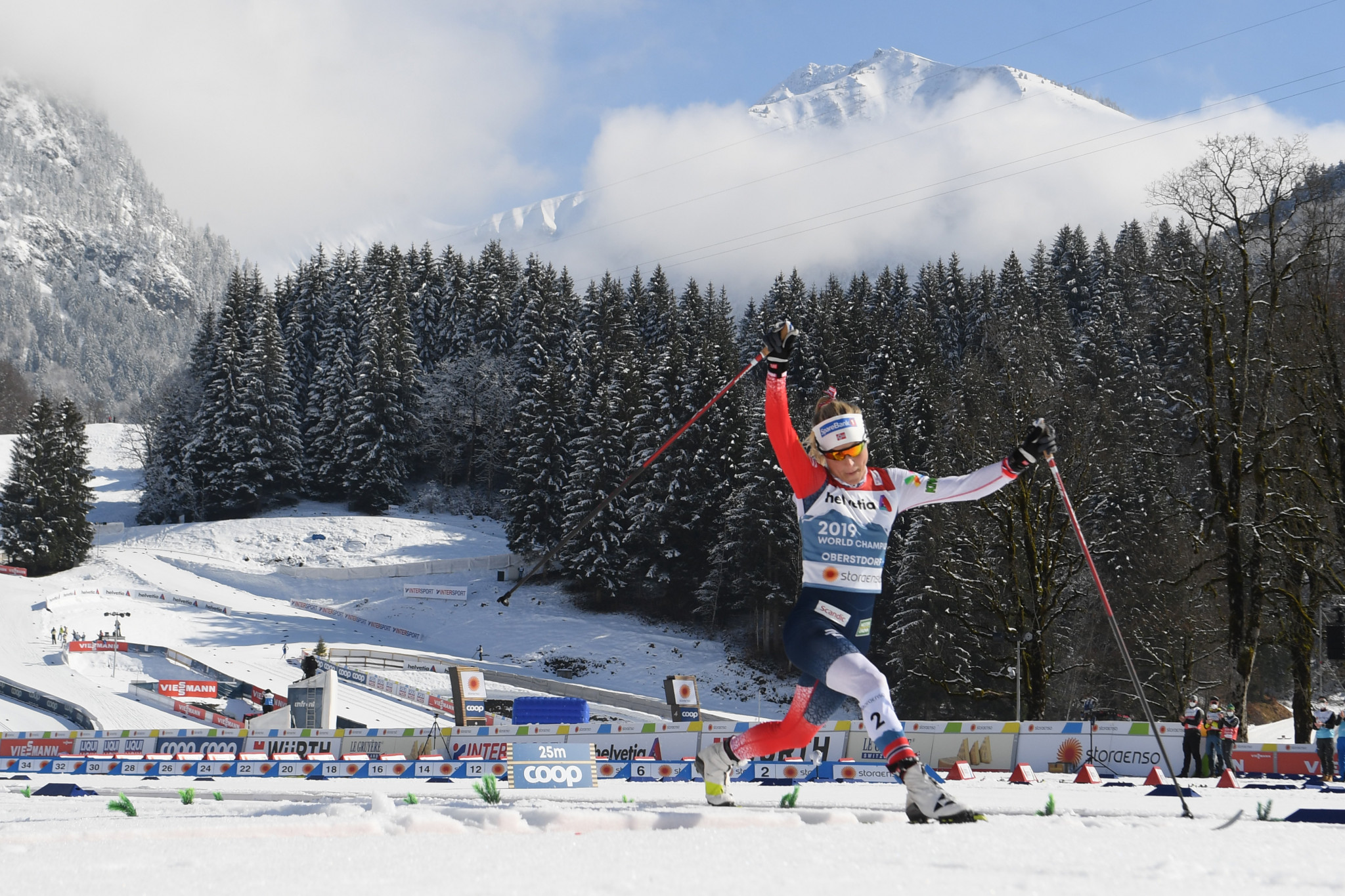 Johaug headed into the women’s 30 kilometre mass start competition with gold medals already secured in the 10km individual and 15km skiathlon races at the German venue.

The Norwegian star ensured she would repeat her hat-trick of individual titles from the 2019 World Championships in Seefeld.

Johaug celebrated a dominant victory as she pulled away from her rivals to cross the line in a winning time of 1 hour 24min 56.3sec.

The 32-year-old has taken four gold medals from the World Championships having also triumphed in the 4x5km relay event, while she now boasts 14 world titles in her career.

A Norwegian one-two was sealed by Heidi Weng, who finished 2:34 off the pace to earn a silver medal.

Sweden’s Frida Karlsson claimed bronze at 2:36 down, adding to her skiathlon and 15km silver medals.

The duo placed second in the ski jumping section of the event, leaving them two seconds behind leaders Akito Watabe and Ryota Yamamoto of Japan.

What a joy to watch and a demonstration by @NoCoAustria! ? Hats off to all our medallists for an amazing last event! #fisnoco #nordiccombined @oberstdorf2021 pic.twitter.com/r97R70InoI

Greiderer and Lamparter began the cross-country event with a strong cushion over their main challengers for gold, with the duo overtaking Watabe and Yamamoto on route to gold.

The Austrian pair completed the competition in a time of 29:29.7 to top the standings.

Norway’s Espen Andersen and Jarl Magnus Riiber were left settling for silver at 39.6 down.

Bronze was earned by Germany’s Fabian Riessle and Eric Frenzel in 30:37.1, after the pair overcame Yamamoto and Watabe in a sprint finish.

The men’s team ski jumping competition is scheduled to take place later today, with the World Championships due to conclude tomorrow.