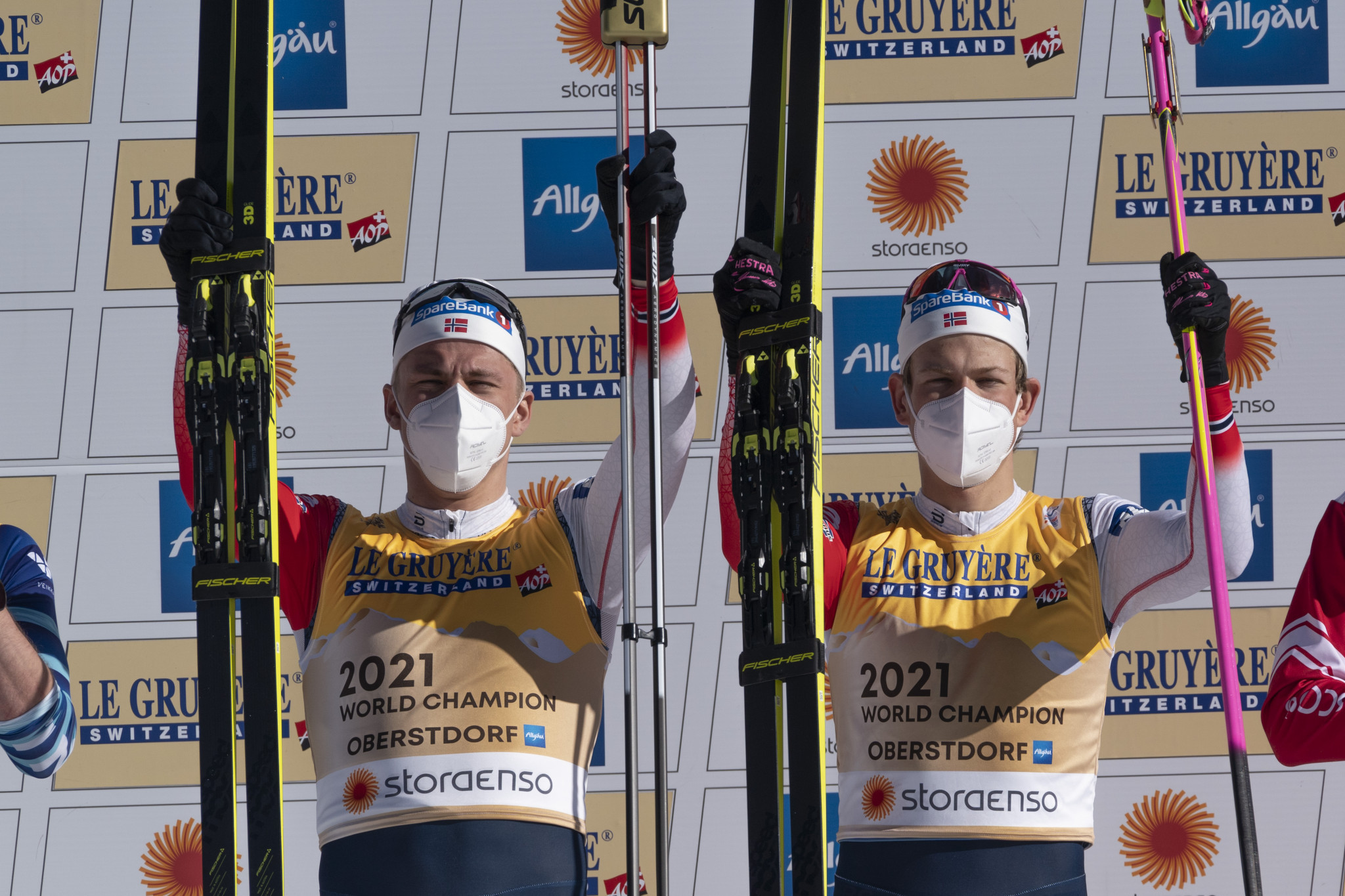 Individual sprint champion Klæbo teamed up with Erik Valnes for the men’s cross-country competition at the German venue.

The duo were challenged by Finland’s Ristomatti Hakola and Joni Mäki, as well as Alexander Bolshunov and Gleb Retivykh, who were representing the Russian Ski Federation.

The positions changed hands throughout the duration of the event, with Bolshunov handing over to his team-mate with a narrow five second advantage during the final exchange.

Retivykh was unable to hold off the charge of Klæbo and Mäki, with both skiers able to overtake him in the closing stages of the competition.

Klæbo ensured he would win both the individual and team sprint titles for the second consecutive World Championships by crossing the line in a winning time of 15min 1.74sec.

Hakola and Mäki finished as the silver medallists ending 1.68 seconds down, with Bolshunov and Retivykh winning bronze at 2.09 behind the victors.

The duo completed the final in a time of 16:27.94, ending with a narrow winning margin of 0.95 over Switzerland’s Laurien van der Graaff and Nadine Fähndrich.

Eva Urevc and Anamarija Lampič completed the podium places, with the Slovenian pairing finishing in a time of 16:31.40.

The quartet could only manage a fourth place finish in the ski jumping section of the event, leaving them with a 35 second deficit to make up on leaders’ Austria.

A blistering opening leg by Bjørnstad saw Norway overhaul the deficit, with their team ultimately pulling away to triumph in a time of 43:57.7.

Germany’s Terence Weber, Fabian Rießle, Eric Frenzel and Vinzenz Geiger finished as the runners-up at 42.7 down.

The quartet achieved a score of 1,000.8 points across the two competition rounds.