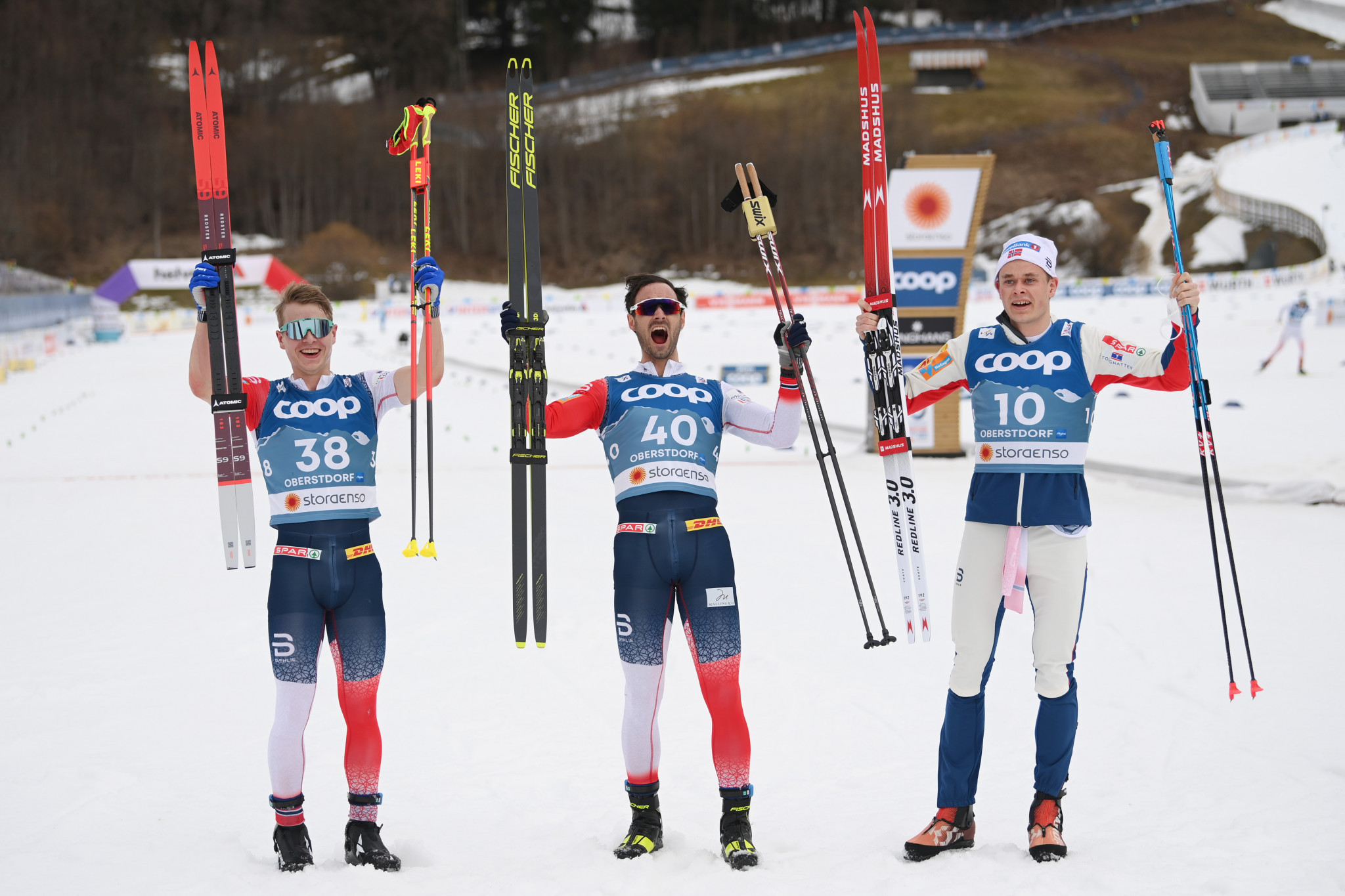 Norway had another day to savour at the International Ski Federation Nordic World Ski Championships after victories for cross-country skier Hans Christer Holund and ski jumper Maren Lundby in Oberstdorf.

Holund topped an all-Norwegian podium in the men’s 15-kilometre freestyle individual competition in the German town.

It is the third time Norway have achieved that feat in this year’s tournament after claiming a clean sweep of medals in the women’s Nordic combined event and the men’s cross-country sprint classical contest.

Holund clinched the second world title of his career with a winning time of 33min 48.7sec.

Simen Hegstad Krüger came second in 34:08.9 before Harald Østberg Amundsen made it a Norwegian one-two-three in 34:24.3.

"I am just as speechless now as I was after winning the 50km in Seefeld two years ago," said Holund.

"I knew that I felt strong but was not expecting to take the win.

"I tried to remain calm from the start and do focus on each stage of the race because the course is really tough and you have got to work really hard."

Lundby landed jumps of 128 metres and 130.5m to register 296.6 points to become world champion for the second time.

Sara Takanashi of Japan climbed from fourth to second following a second-round jump of 134m to finish on 287.9.

The bronze medal went to Slovenia’s Nika Križnar who recorded 287.1 after producing solid distances of 126m and 129m.

"Maren is the Norwegian ski jumper of all time - that is beyond any doubt after what is happening today," Clas Brede Bråthen, sports manager for the Norwegian Ski Association, told NRK.

"What she does as an athlete is quite unique."

Competition continues tomorrow with the women’s cross-country 4x5km relay followed by a men’s Nordic combined competition and a men’s ski jumping qualification round.