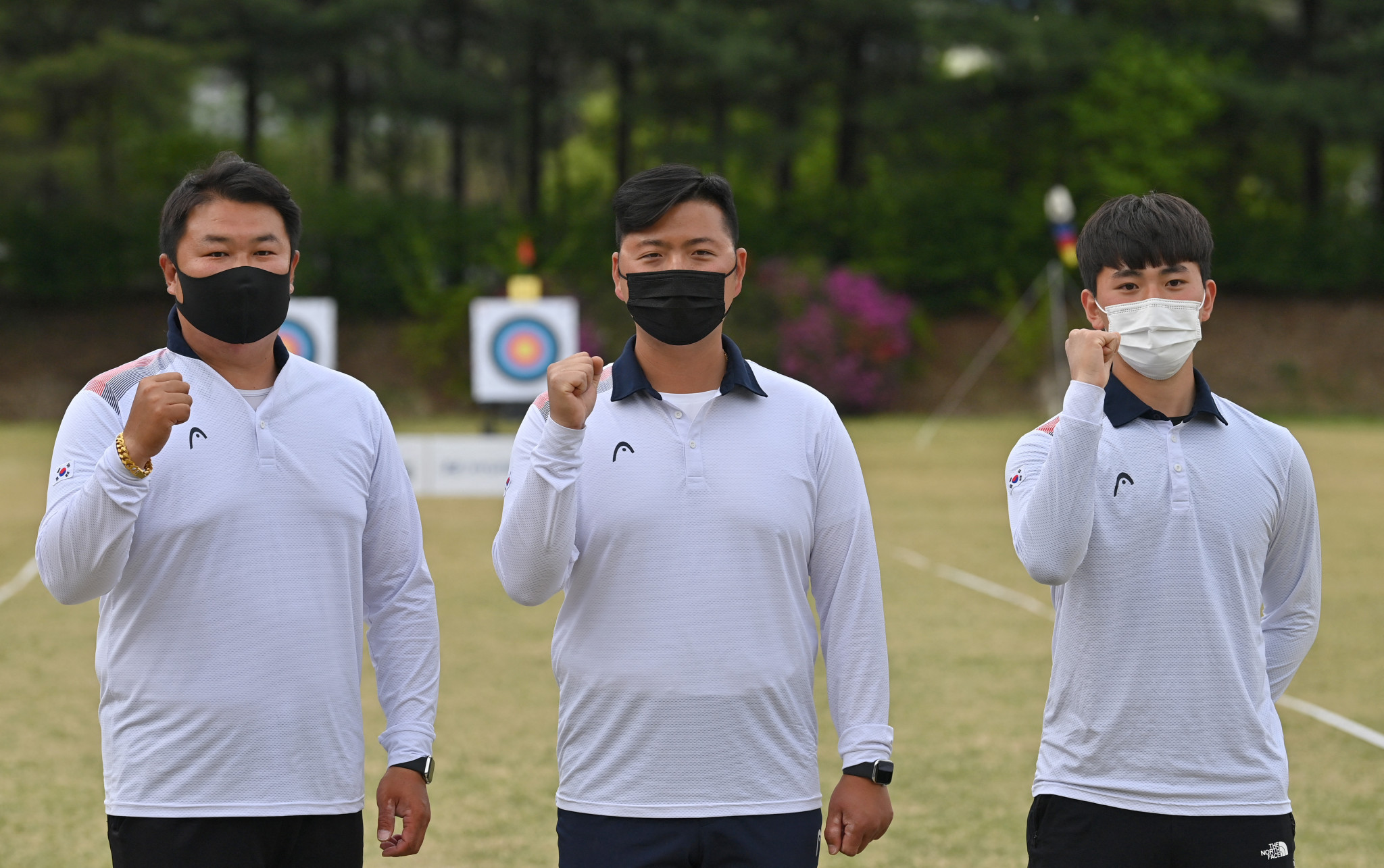 Four Olympic debutants have been named in South Korea's squad of six archers for the Tokyo 2020 Olympics.

South Korea is the world's leading archery nation - taking gold in all four events at Rio 2016 - and held trials to determine its Olympic team.

With the nation skipping this season's Archery World Cup circuit because of travel restrictions, the trials may represent the athletes' last taste of high-stakes competition ahead of Tokyo 2020.

Kim Woo-jin, who scored an Olympic record of 700 in the qualifying round at Rio 2016, and London 2012 individual champion Oh Jin-hyek headline the men's team.

Kim won a men's team gold medal at Rio 2016 but suffered a shock elimination in the individual round of 32.

Oh, who has delayed his retirement to be able to compete at Tokyo 2020, was not chosen for Rio 2016, but won the individual title and a team bronze medal four years prior.

They will be joined in the men's team by 17-year-old Kim Je-deok.

In addition to the men's and women's individual and team recurve competitions, a mixed team event will also feature on the Tokyo 2020 programme, making its Olympic debut.