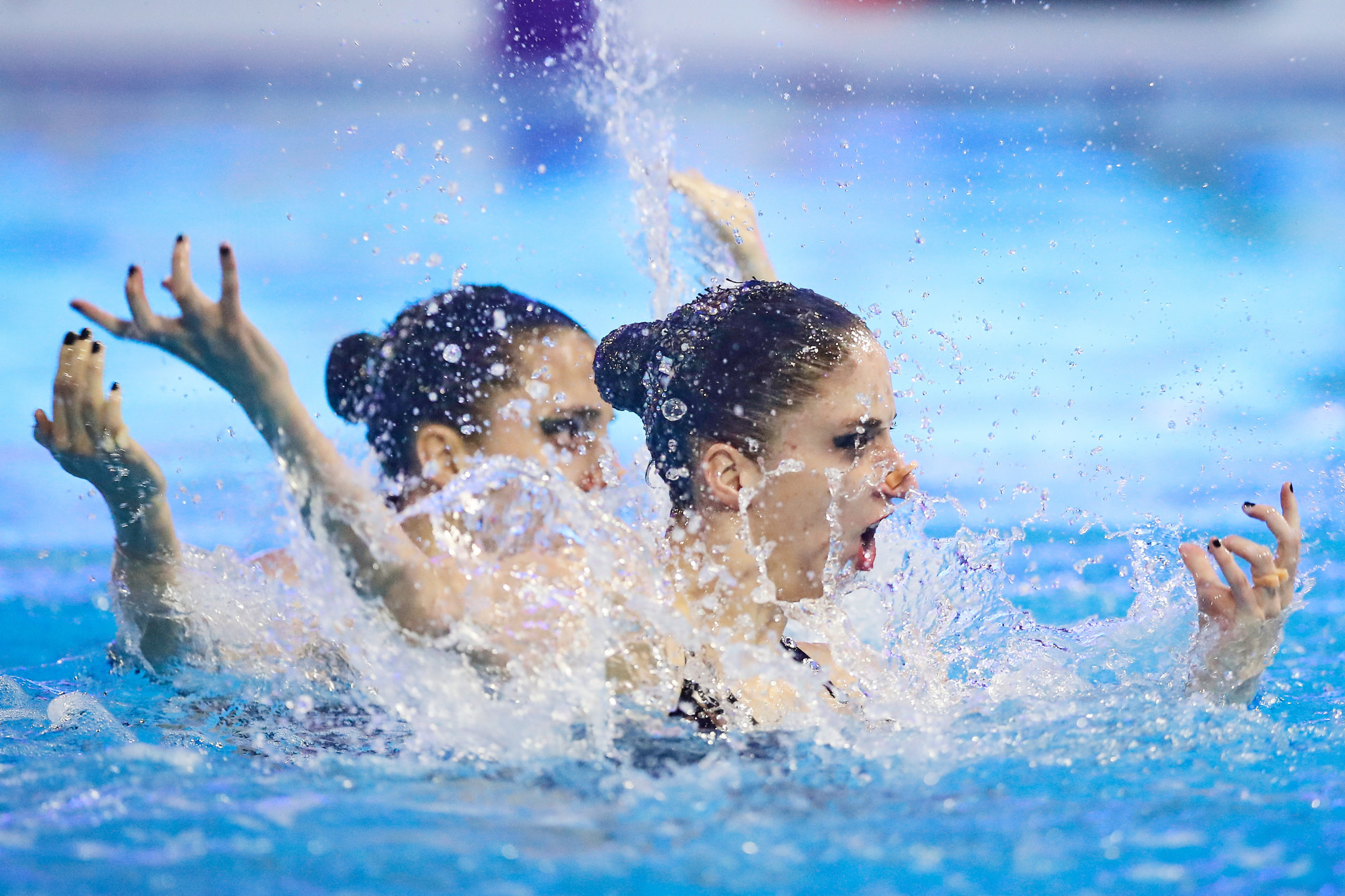 Austria lead the qualifying standings for the duet free final after finishing top in both the technical and free routines at the Artistic Swimming Olympic Games Qualifying Tournament in Barcelona, Spain.

Anna-Maria and Eirini Alexandri topped qualifying with a total of 181.8389 points, after earning the top scores in both the free and technical preliminary rounds at the Piscina Sant Jordi.

The Austrian triplet sisters scored 91.2668 points in the free and followed it up with 90.5721 in the technical in a dominant display.

Another sibling pairing qualified second in Bregje and Noortje De Bouwer of the Netherlands, who scored a total of 175.3620.

Teams from Germany, Britain, Colombia, Liechtenstein, Switzerland, Brazil, the United States, Israel and Belarus will complete the 12 strong line-up for the final.

Nine places at the Tokyo 2020 Olympics in the discipline are up for grabs tomorrow.

In the women's technical duet final gold went to Claudia Holzner and Jacqueline Simoneau of Canada with 90.5040 points.

Silver went to Vasilina Khandoshka and Daria Kulagina of Belarus with 87.6593 while bronze went to Bregje and Noortje De Bouwer of the Netherlands with 87.5620 points.

The second final of the night was the mixed team highlight, which was contested by only two countries.