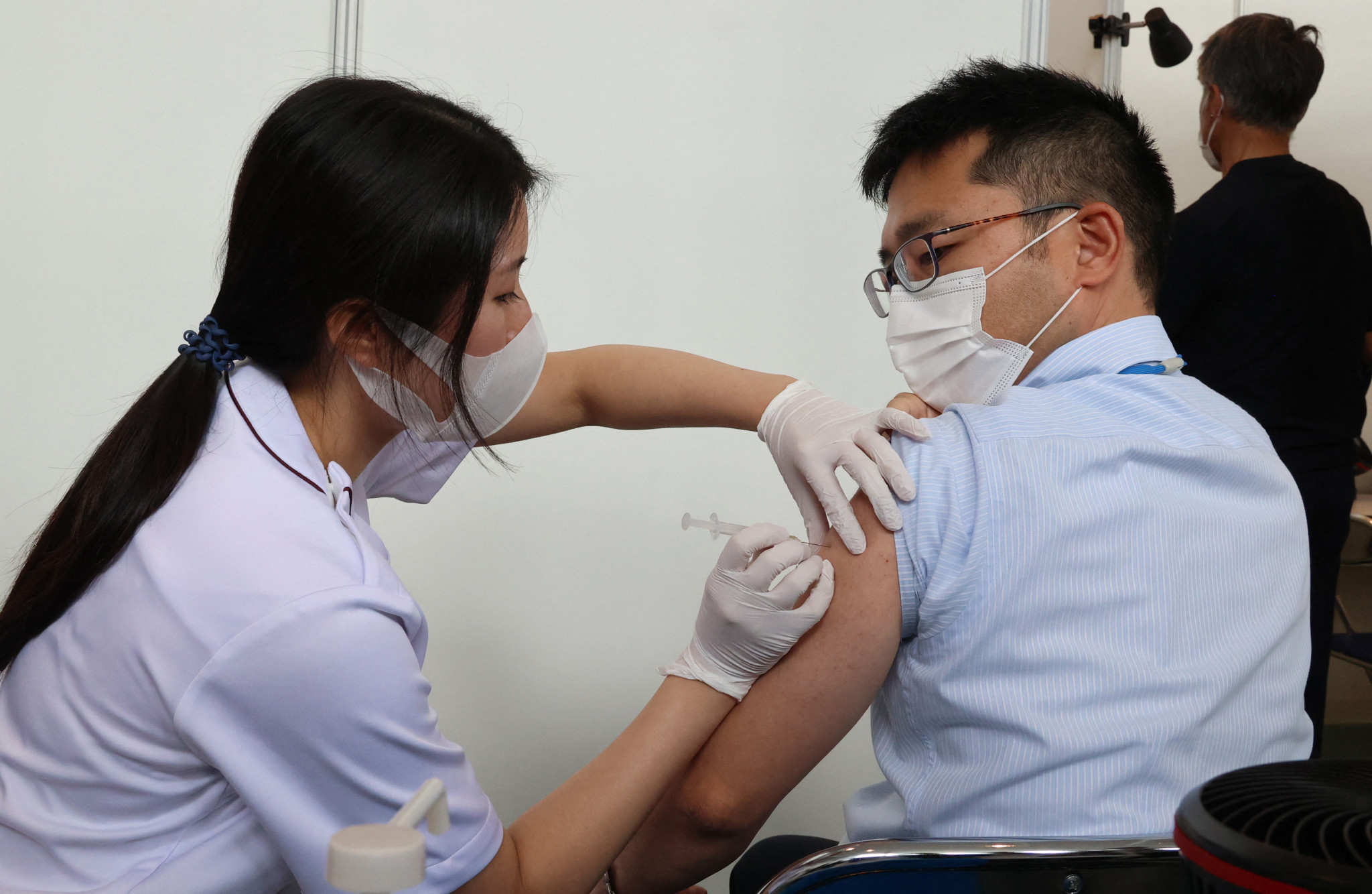 Workers involved in the delayed Tokyo 2020 Olympics and Paralympics have started being vaccinated against COVID-19 in a bid to ensure the safe staging of the Games.

According to Kyodo News, the Tokyo Metropolitan Government is looking to inoculate around 2,500 workers per day until the end of August.

The vaccination rollout has begun after the Japanese Government struck a deal with Pfizer to provide 40,000 people who will be working at the Games with the pharmaceutical company's COVID-19 vaccine.

Staff, volunteers, accredited media and health workers are among those who are eligible to receive the vaccine.

Japan's Olympic athletes are also being inoculated after doses were made available following an agreement struck by the International Olympic Committee (IOC) and Pfizer.

The IOC has claimed more than 80 per cent of people inside the Athletes' Village will either have been vaccinated or be in the process of inoculation in time for the Games.

Almost 16 per cent of the Japanese population has received at least one dose of a vaccine, while six per cent has been fully vaccinated against COVID-19.

Yesterday it was confirmed that the stage of emergency in Tokyo and eight prefectures will end as planned on Sunday (June 20).

The strict measures were put in place in April and were originally scheduled to expire at the end of May, but were extended to help continue a downward trend of cases.

The Aichi, Fukuoka, Kyoto, Hyogo, Hokkaido, Hiroshima, Okayama, Osaka and Okinawa prefectures have also been under the restrictions.

Tokyo reported 453 new COVID-19 cases over the past 24 hours with Japan totalling a further 1,554 infections.

Overseas fans have already been banned and a decision on whether domestic spectators being able to attend Tokyo 2020 is due to be made at the end of the month.

According to the Channel News Asia, a group of leading medical experts who advise the Japanese Government recommended for the Games to be held behind closed doors to reduce the risk of spreading COVID-19.

"Having no spectators would create the least risk in terms of the spread of infections inside venues, so we think this would be ideal," a report submitted to Tokyo 2020 organisers and the Government read.

Earlier this week, Yasutoshi Nishimura, Japan's Economy Minister and the elected official in charge of the country’s COVID-19 response, announced plans for a change in the cap in attendances at sporting events.

Nishimura said the Government plans to limit spectators to 10,000 or 50 per cent of the venue’s capacity, whichever is lowest, in areas where the state of emergency has been lifted.

The Tokyo 2020 Olympics are scheduled to run from July 23 to August 8, before the Paralympics take place between August 24 and September 5.