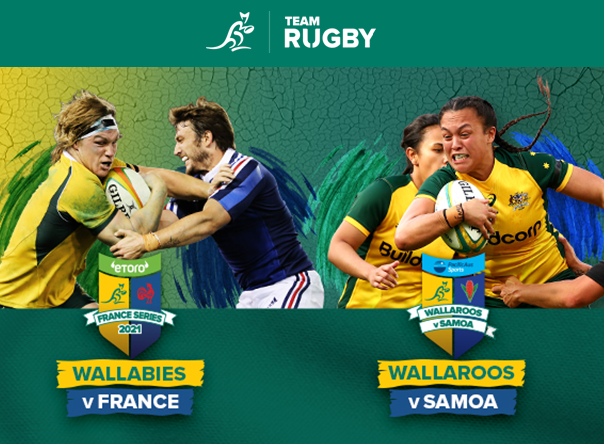 Rugby Australia have been forced to relocate the first Test against France from the Sydney Cricket Ground (SCG) to the Suncorp Stadium in Brisbane because of COVID-19.

The opening Test of the three-match series was set to be played at the SCG on July 7, however, Sydney has been placed into lockdown until July 9.

A two-week lockdown has been imposed in the New South Wales capital Sydney after a cluster of cases of the Delta variant rose to triple figures.

Along with this, the Australian women’s team - the Wallaroos - two-Test series against Samoa has been postponed.

It is hoped to rearrange it for later this year.

The second Test against France is due to take place AAMI Park in Melbourne on July 13, with the action returning to Brisbane for the third Test on July 17.

The SCG is currently still due to host South Africa on September 12.

"It’s never an easy decision to move a fixture. One thing that the COVID-19 pandemic has taught us is that we have to be able to pivot quickly," Rugby Australia chief executive Andy Marinos said.

"We’re obviously disappointed for Wallabies fans in New South Wales who will miss the opportunity for a home Test in this French Series, but we are excited that Test Rugby will be returning during the eToro Rugby Championship later this year.

"We will continue to work with the respective health authorities around Australia to ensure all events are safely delivered for fans, players and officials.

"I am equally disappointed for our Wallaroos squad following the postponement of their Series.

"It’s been a really challenging year for them with the postponement of the Rugby World Cup to 2022 and now this delay, before we can finally see them finally taking the field in the coming months.

"We are now busy seeking an appropriate window for the Tests to take place."

Australia introduced strict protocols at the start of the coronavirus pandemic and until now had had relatively few cases.

But Australians have been warned they face the most "serious crisis" in the COVID pandemic since March last year as health officials battle to contain new outbreaks of the variant that first originated in India.