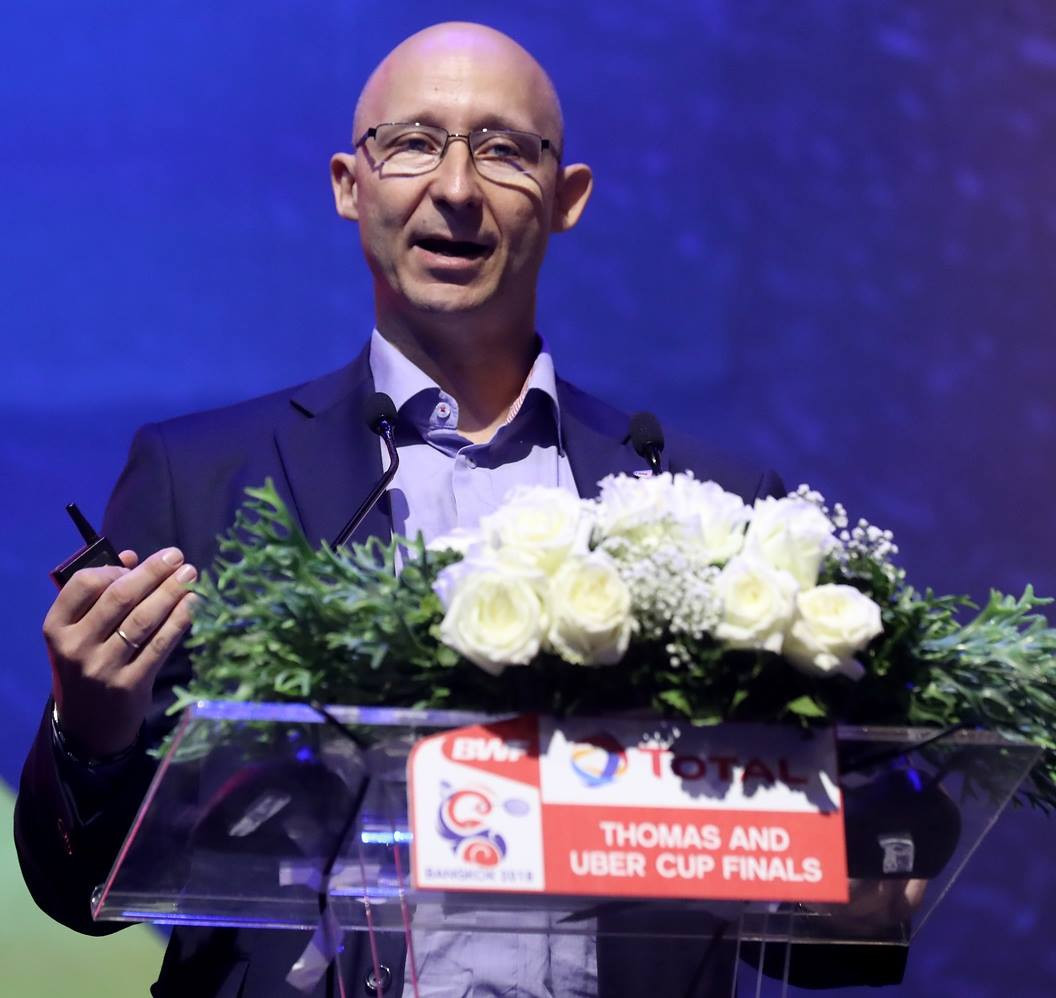 Badminton World Federation (BWF) secretary general Thomas Lund expects the highest standard of competition at Tokyo 2020 despite the unusual situation caused by the COVID-19 pandemic, as the governing body prepares to publish the list of qualifiers.

The BWF will reveal the athletes competing at the Olympic Games on Monday (July 5).

Thirty-eight players are due to contest both the men's and women's singles in Japan, while there will be 32 pairs in men's, women's and mixed doubles.

In singles, a country is limited to two places for players within the top 16 of the rankings or one place if this does not apply.

Each continent is guaranteed representation, while there are six invitational places from the Tripartite Commission across the men's and women's tournaments.

The BWF has invited the qualified athletes to the Games, with Lund confirming there had been a couple of athletes who have declined places.

Lund said he expects the competition to be keenly contested in the Japanese capital and suggested there could be surprises due to the lack of matches played by some players because of the COVID-19 pandemic’s impact on travel and tournaments.

Chinese players in particular have largely been absent from the circuit since the start of the pandemic last year.

"The list of qualified players will be of the highest standard," Lund said today.

"We have absolutely no concerns over the level of entries into the Games.

"It will be a fantastic competition with the highest level of players, but in unusual circumstances.

"There are some countries who have not played internationally as much as others.

"It will be extra interesting to see if the COVID-19 situation and the lower-level activity may impact competition, as we may get surprises and upsets that we may not have previously seen."

Badminton's qualification process for Tokyo 2020 was hampered by the COVID-19 pandemic.

The Indian Open, Malaysian Open and Singapore Open were among events offering qualification points which were cancelled due to the local health situation in each country.

Lund admitted that the qualification process had been trickier for some players due to the situation in their nations, but said no appeals had been made.

"We have gone through our invitation rounds and invited players who have qualified under the rules," Lund said.

"Nobody during this process has challenged the situation.

"We have had a lot of questions over the past year and a half during qualification, due to travel and tournaments having been cancelled.

"We introduced policies to try to treat everybody the same, but some athletes have had more tricky qualification opportunities than others because of the situation in their territory.

The BWF confirmed a revamped 2021 calendar earlier this month, which the organisation hopes will be played after the Tokyo 2020 Olympics and Paralympics.

Vantaa in Finland was confirmed as the new host of the Sudirman Cup Finals, with the mixed team competition now set to take place in the week of September 26 to October 3.

The BWF World Tour Finals have also been moved from China - this time to Indonesia.

The delayed 2020 Thomas and Uber Cup Finals will take place in Aarhus in Denmark from October 9 to 17, followed by the Denmark Open in Odense from October 19 to 24.

Following the Danish legs, the French Open is scheduled to take place in Paris from October 26 to 31, followed by the SaarLorLux Open in Saarbrücken in Germany from November 2 to 7.

A one-week gap is then set to be implemented before the BWF World Tour moves to Bali in Indonesia for three straight tournaments.

Lund said the BWF had sought to target locations which have been able to host events successfully during the pandemic.

The BWF secretary general acknowledged that the cancellation of tournaments due to the pandemic had impacted the organisation’s finances, but insisted that the governing body remained in a healthy position.

"We had a very significant reduction in our commercial revenues in 2020, as we revealed at our Annual General Meeting in our financial statements," Lund said.

"We have had to very carefully manage our financial situation.

"We have had to hold back on some things until we can see what the future will bring, which has helped keep the federation in a solid and stable situation.

"We are in a healthy situation, but it is impacting us as well as every other federation.

"We have been able to sustain a reasonable level of our development activities and normal activities at a lower level."