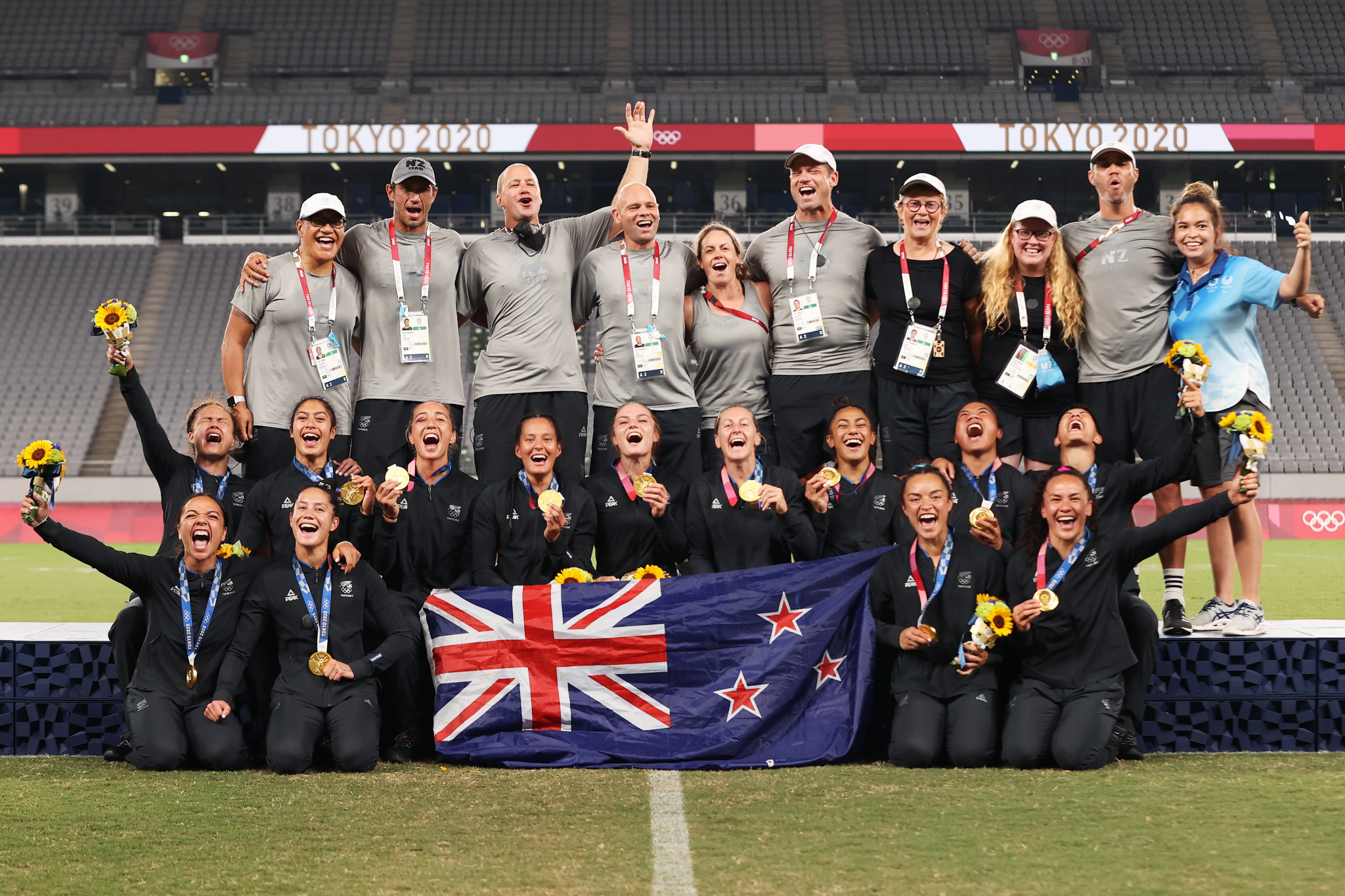 New Zealand banished the demons of their Rio 2016 final defeat to Australia to win women's rugby sevens gold at Tokyo 2020.

The Kiwis, wearing the country's famous black shirts, defeated France 26-12 in the final here to upgrade the silver medal they won five years ago in Brazil.

Woodman was distraught at the end of the game in Rio, which New Zealand lost 24-17, but has now topped an Olympic podium.

Skipper Sarah Hirani handed off to Michaela Blyde for the first New Zealand try under the posts, with Nathan-Wong converting for a 7-0 lead.

The French responded when Caroline Drouin found herself in acres of space for her side's first try, but she pulled the conversion wide herself to leave the score at 7-5.

New Zealand stretched their advantage when Broughton dived over in the corner, with the try eventually given by the televised match official.

Nathan-Wong missed the conversion but great pace from Stacey Fluhler saw her zip through for the third New Zealand try of the half.

The extras were added by Nathan-Wong and New Zealand had a healthy 19-5 lead at half-time.

France came out firing after the break with a lovely flowing move resulting in Anne-Cecile Ciofani crossing for their second try.

Drouin converted to cut the New Zealand lead to seven at 19-12, but Nathan-Wong scrambled under the posts for a fourth Kiwi try, before adding the two-point conversion herself to confirm the victory.

"It has been a dream since we were kids to have a medal round our necks after all these years," Nathan-Wong said.

"It's bloody incredible, it means so much."

Brazier added: "I was there in 2016 and it was a huge disappointment.

"Just the shift the girls have been putting in back home, to finally put it out there on the field and come away with gold, I'm still in a dream.

"Back then we were all in tears.

"We were in Rio to win gold and we didn't.

"We put in a lot of hard work, a lot of us have those memories.

"To come out, fine-tune those things and do it with an amazing bunch of girls is unreal - I wouldn't want to do it with anyone else.

"There were five or six of us there and it was tough times, we had to get through it.

"But those times make you tougher.

"To come back here and rectify that is unreal."

Fiji, who stunned reigning champions Australia in the quarter-finals, beat Britain 21-12 for bronze.

The Pacific country can now boast three Olympic medals in its history, which have all come in rugby sevens.

The men's side have won gold back-to-back since the sport was introduced at Rio 2016, with the women now adding to the tally.

In the semi-finals earlier in the day, New Zealand, who have won the last two editions of the World Rugby Women's Sevens Series, needed extra time to end Fiji's hopes.

France knocked out Britain, who finished fourth in both the men's and women's rugby sevens tournaments, 26-19.