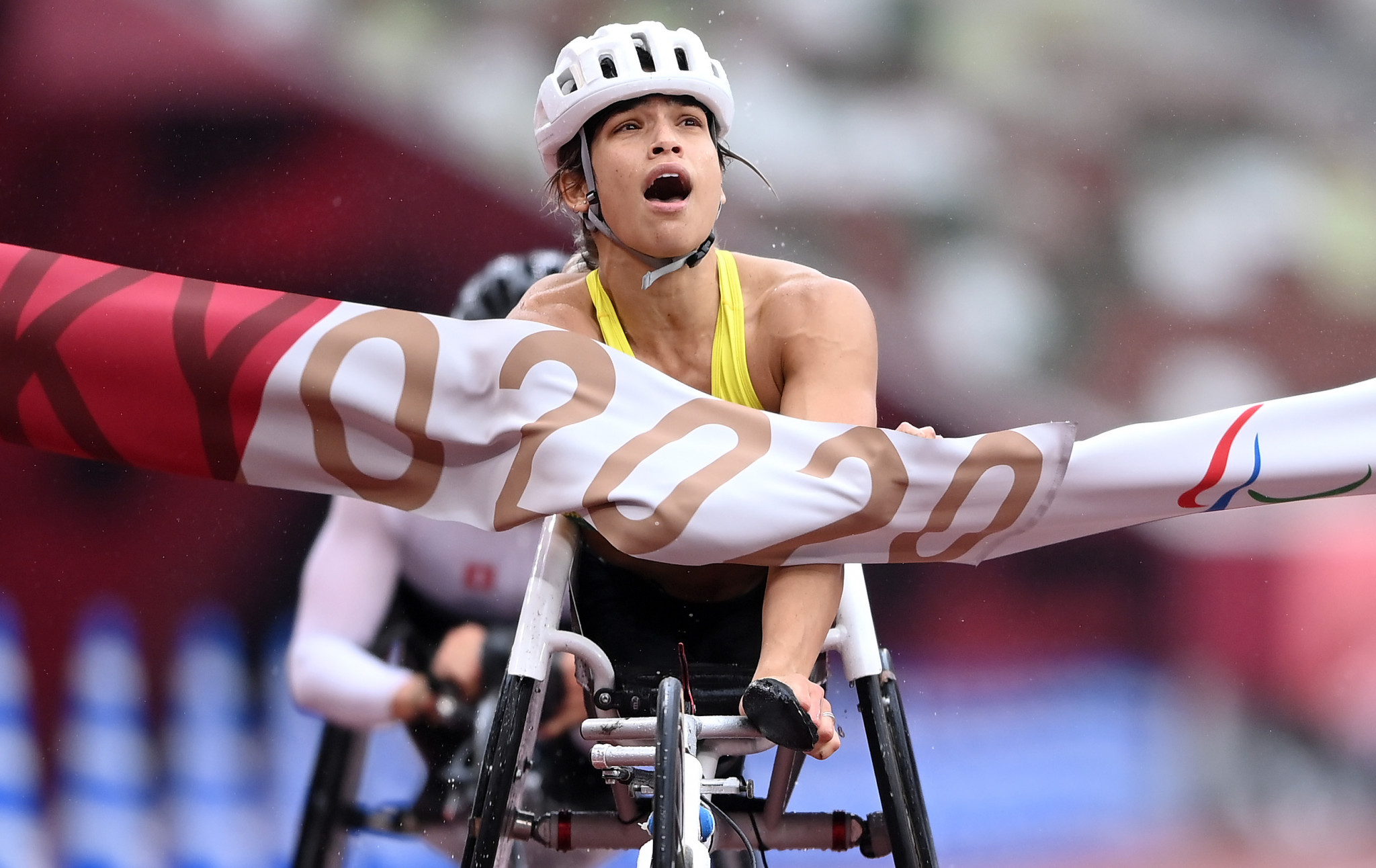 Australia's Madison de Rozario won her second athletics gold at the Tokyo 2020 Paralympic Games by claiming the women's T54 marathon title by one second on the final day of action at the Olympic Stadium.

She was chased down once inside the Stadium by Switzerland's Manuela Schär as they completed a lap of the track.

The Swiss racer charged down the back straight, but De Rozario maintained her lead by one second in the final 100 metres, finishing in a time of 1 hour 38min 11sec for a new Paralympic record.

The Australian added her second gold of the Games, following her victory in the women's T53 800m.

Despite missing the top step of the podium, it was Schär's fifth medal of the Games, finishing with two golds and three silvers.

Winning bronze was Nikita den Boer of The Netherlands, who was a passive viewer of the fight for gold, finishing five seconds behind De Rozario.

Misato Michishita won the last athletics medals of the Games in the women's T12 marathon, starting off a successful day for the hosts, Japan.

She set a Paralympic record of 3:00:50 for the gold, having taken over Elena Pautova of the Russian Paralympic Committee, who was more than three minutes adrift for the silver medal.

Louzanne Coetzee of South Africa won bronze, more than 10 minutes down on the champion.

Misato Michishita ensures #JPN bow out with #Gold in the women's T12 marathon, the final #ParaAthletics event of the Games.

She finishes nearly 3:30 mins ahead of her nearest rival, Elena Pautova of the #RPC, who takes silver.#Tokyo2020 #Paralympics @ParaAthletics pic.twitter.com/fcFzGSkUus

He finished 20 seconds in front of China's Zhang Yong, who set a new personal best for the silver medal.

Daniel Romanchuk of the United States was five minutes behind for the bronze medal, having moved away from Canadian Brent Lakatos and Britain's David Weir who were fourth and fifth.

A new Paralympic record was set by El Amin Chentouf of Morocco, who won by more than four minutes in the men's T12 marathon in 2:21:43.

Finally, Li Chaoyan of China was the gold medallist in the men's T46 marathon, breaking the Paralympic record in a time of 2:25:50.

Just over a minute behind, Brazil's Alex Douglas Pires da Silva won the silver medal, while Japan's Tsutomu Nagata claimed the bronze for the hosts.