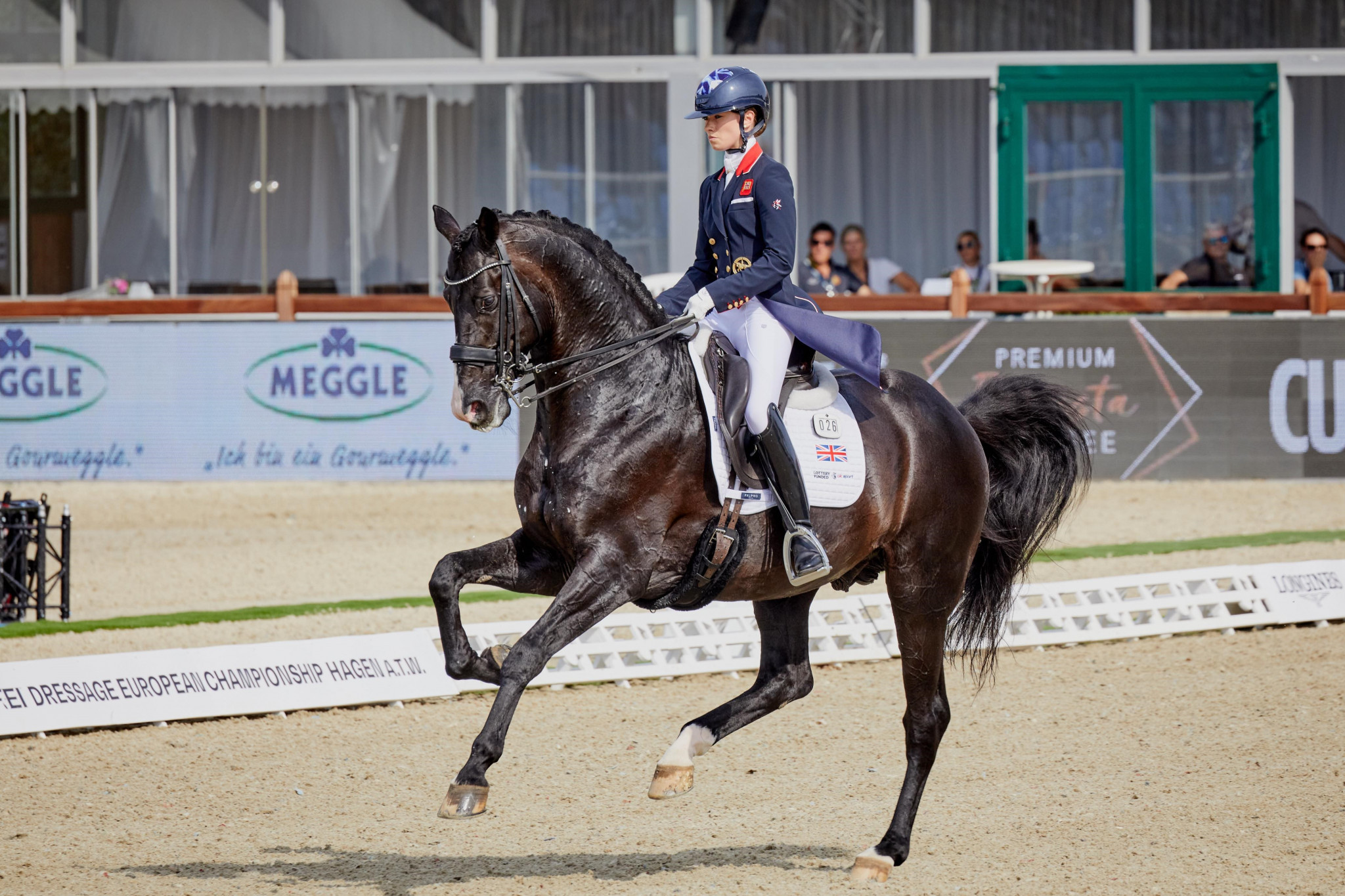 Britain top the standings after the opening day of team competition at the International Equestrian Federation (FEI) Dressage European Championships in Hagen.

Tokyo 2020 bronze medallists Britain were the team viewed as the biggest threat to Olympic champions and hosts Germany.

Hughes achieved a score of 74.394 on Sintano van Hof Olympia, before Fry was awarded a total of 77.671 when riding Everdale, who she rode in the team dressage competition in Tokyo.

The effort achieved by Fry and Evedale saw Britain finish top of the standings at the end of the day, with one score counting to the standings to date.

"It’s been a great few months and Everdale has been amazing," Fry said.

"He came home so fresh from Tokyo, excited and ready to go again.

"He had a week off last week, I got back on on Sunday and he was feeling great still.

"His energy never runs out, he goes all day and he loves to work.

"He hasn’t been tired at all, and today it really felt like we could just wait and enjoy it, I could take my time a bit more.

"It was a really nice feeling."

Now THAT’S how you start a Championship! 👏

Teams GBR, Denmark & Germany are in one, two and three! Dazzling the FEI Dressage European Championship in the Hagen sun, our first riders gave their all!

Denmark surprisingly separated Britain and Germany at the end of the opening day, with Nanna Skodborg Merrald and Atterupgaards Orthilia achieving the second-highest score on 75.078.

Germany lie third in the standings with Dorothee Schneider and Faustus achieving their highest score.

Schneider and Faustus were awarded 74.985 for their performance.

The standings could change tomorrow with several star names still yet to compete.

Britain will look to Carl Hester and Tokyo 2020 bronze medallist Charlotte Dujardin to preserve their position at the top of the standings.

Germany boast both the individual Olympic champion and silver medallist with Jessica von Bredow-Werndl and Isabell Werth due to compete tomorrow.