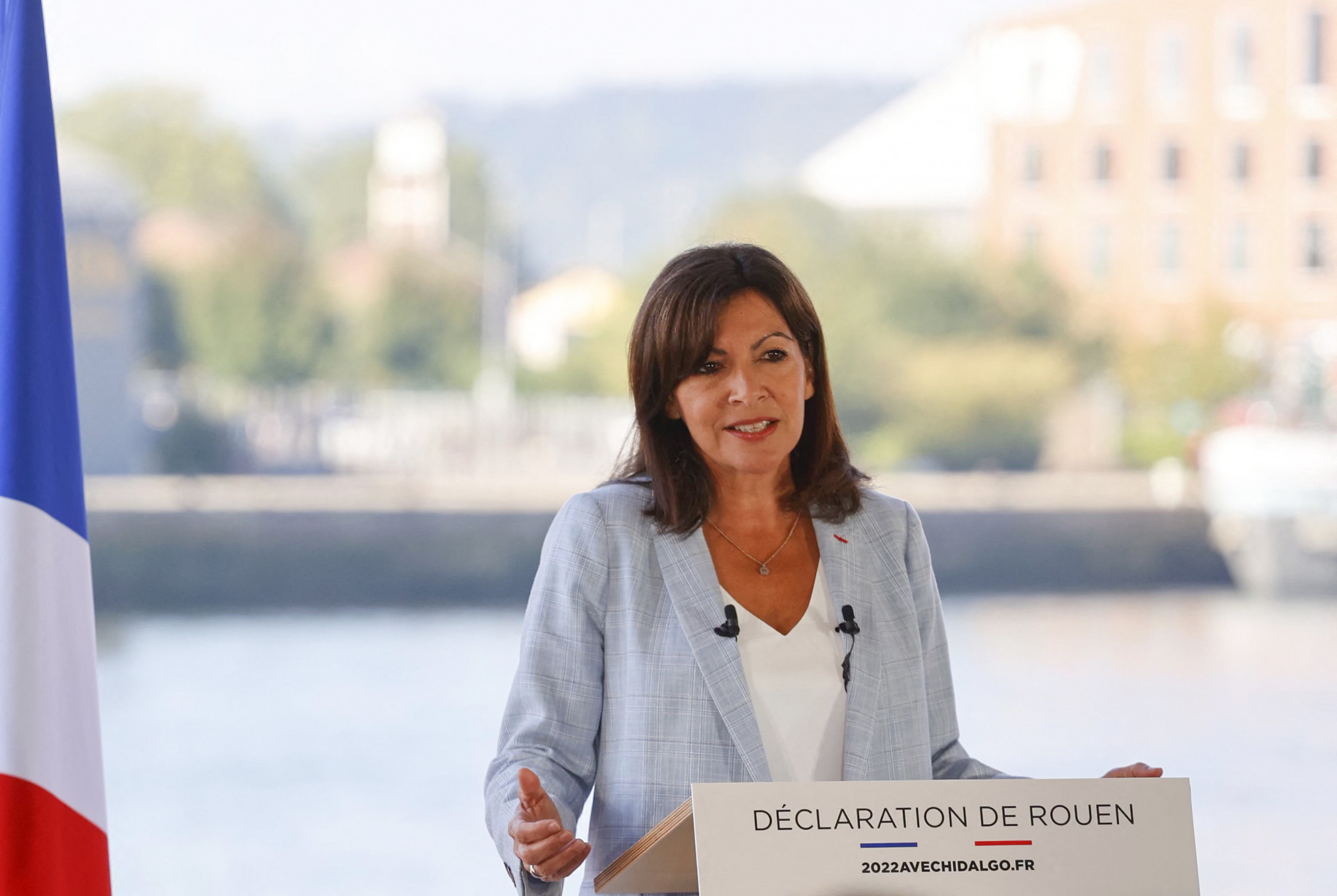 Hidalgo had been tipped as a Socialist Party contender for the Presidency and she confirmed her intention to stand in the port city of Rouen.

The 62-year-old highlighted her story of being the daughter of Spanish immigrants who fled Francisco Franco's dictatorship to highlight France’s republican model.

She claimed the model was "disintegrating" and that she is standing for the Presidency to give French children "the same chance as the one given to me".

"Today, for this France which gave me my chance, I am worried," Hidalgo said.

"I know the instinctive love, the visceral love that we all have for our country and its ideals of equality, emancipation and solidarity.

"This France of freedom sees its freedoms shrinking like a skin of sorrow.

"This France of equality sees injustices growing every day.

"This France of fraternity is divided into hostile groups, into separate communities, into factions which express their bitterness and their anger, sometimes with so much violence.

"Before our eyes, the republican model is disintegrating and, with it, the protections it has built over the course of our history.

"The challenges ahead are immense.

"Humanity is experiencing unprecedented upheavals, the climate crisis, social crises, the health crisis, democratic crises and the conflicts they generate.

"Despite the uncertainties and the fears, I know that there is immense strength in our country, an ability to recover from everything, the will to build a bright future."

Hidalgo has been viewed as the frontrunner to secure the Socialist Party’s nomination.

She became Paris’ first female Mayor in 2014 and was re-elected last year, with her term due to run until 2026.

The city's hosting of the Olympic and Paralympic Games in 2024 promises to be one of the key moments of that term - although whether she is there as city Mayor of President of the country is now in the balance.

Hidalgo has recently criticised French President Emmanuel Macron, declaring that the public should not be "treated like children".

Her campaign launch declined to mention Macron by name, but expressed criticism of his first term in office.

"I want to start by putting an end to the contempt, the arrogance, the disdain, the condescension of those who know so little about our lives but decide far from us, about everything, all the time, without us," Hidalgo said.

"This creates so much anger, so many revolts, so many injustices that poison the country, feed mistrust and undermine democracy.

"The five-year term which is coming to an end was to unite the French, he divided them like never before.

"He had to solve the social problems, he made them worse, he had to protect our planet, he turned his back on ecology."

Hidalgo is standing on a platform titled "Our ideas in common", which includes vows to tackle climate change over a 10-year period, empower youth, improve working conditions and boost public freedoms.

Hidalgo has sought to prioritise making Paris a greener city during her tenure.

As Paris Mayor, Hidalgo has played key role in overseeing preparations for the Olympics and Paralympics.

Hidalgo was Mayor when Paris won the right to stage the Games in 2017, standing alongside International Olympic Committee President Thomas Bach and Los Angeles Mayor Eric Garcetti as part of the historic double award of the Olympics and Paralympics.

Hidalgo received the Olympic and Paralympic Flags in recent months, with the French capital following Tokyo as host.

Macron is expected to stand for a second term and currently leads polls on around 24 per cent.

The centrist politician is currently expected to face a run-off with far-right candidate Marine Le Pen, who has polled as high as 23 per cent.

Polls have currently indicated Hidalgo could receive seven to nine per cent in the first round, which would not be enough to advance to a run-off.

The Socialist Party is seeking to rebound from the Presidency of François Hollande, who opted not to seek a second term in 2017 amid low approval ratings.

The first round of the French Presidential election will take place on April 10, with a second round held on April 24 between the top two should no candidate achieve a first-round majority.