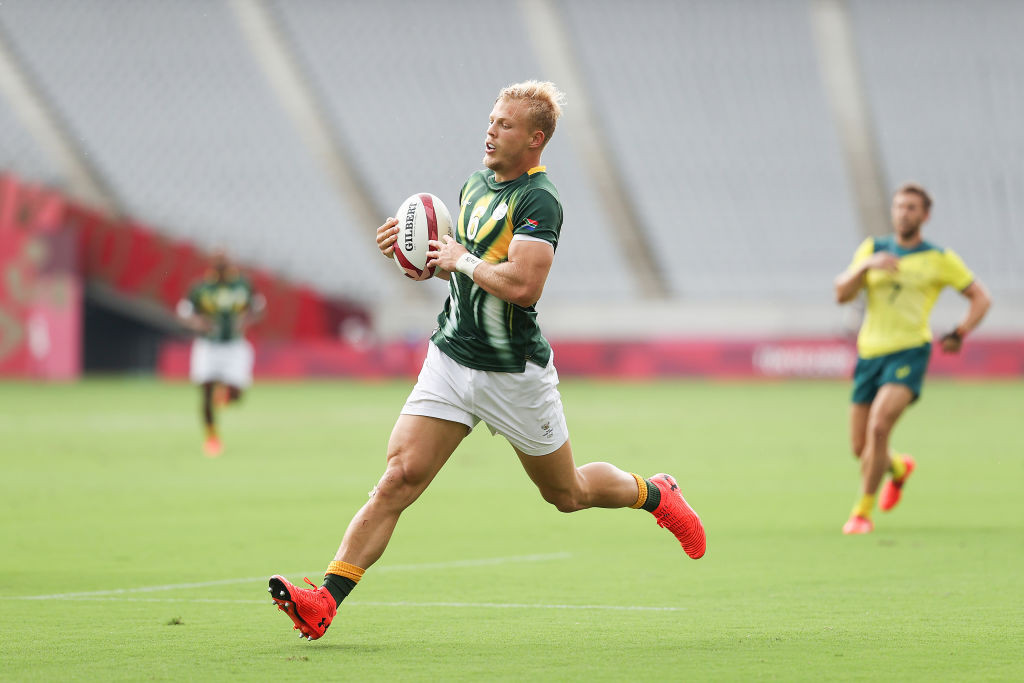 Six men's teams who featured at the Tokyo 2020 Olympic Games are set to return to action at the World Rugby Sevens Series in Vancouver this weekend.

The competition is the first of two events in Canada - Edmonton is staging the other tournament next week - which will decided this year's overall winners after COVID-19 forced the cancellation of the majority of the legs on the circuit.

A host of the world's top teams, such as Australia, New Zealand and Olympic champions Fiji, are not sending teams to the event because of travel restrictions.

The opening event on the women's "fast four" circuit will coincide with the men's Series tournament in Vancouver.

South Africa, runners-up in the last edition of the Sevens Series, will be among the 12 men's teams battling it out for victory at BC Place.

The Blitzboks have been drawn in Group A alongside Kenya, Spain and Mexico.

Britain, fourth at the Tokyo 2020 Olympics, headline Group B and they will take on Ireland, Hong Kong and Jamaica.

Given the unique circumstances of the pandemic, there will be no relegation from the 2021 Series and the results will not contribute towards seedings for any other future events.

Both Vancouver and Edmonton are also due to feature world-class women’s fast four competitions, including new Olympic silver medallists France, alongside Britain, the US and hosts Canada as World Rugby continues its commitment to increase elite competition opportunities for women’s rugby players.

"We are incredibly excited to be bringing international rugby sevens back to Canada," said Rugby Canada chief executive Allen Vansen.

"Events aren’t able to move forward in today’s pandemic-influenced environment without a number of stakeholders working together.

"Our Government partners and host venues have come together with solution-oriented approaches in order to host these events in Canada while ensuring the safety of participants and fans.

"On behalf of Rugby Canada, I thank World Rugby for these opportunities to once again welcome the world and celebrate the spirit of sevens rugby."