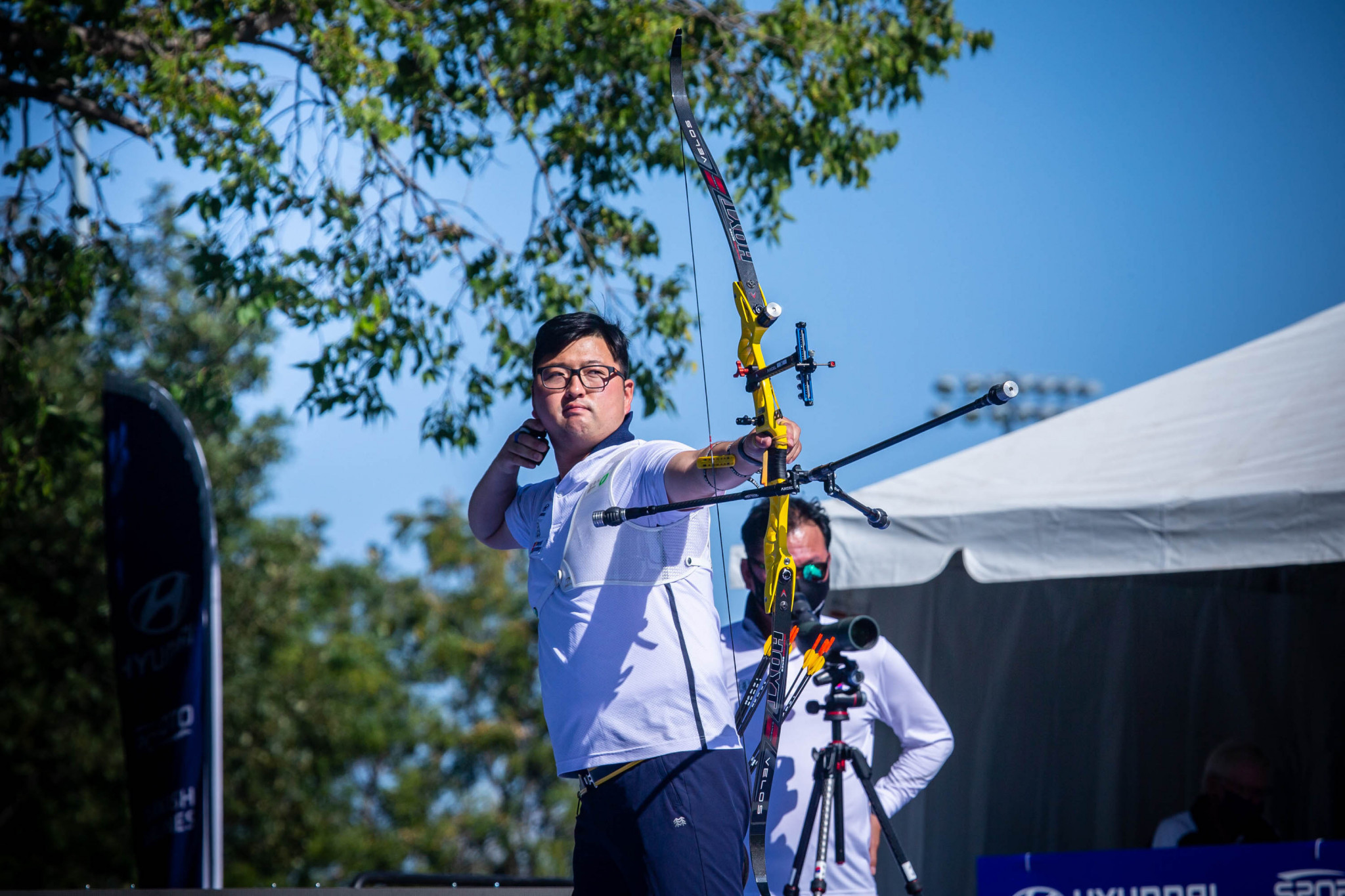 Kim Woo-jin and Jang Min-hee triumphed in the men's and women's individual recurve tournaments to secure South Korea's fifth and sixth gold medals on the last day of the World Archery Championships in Yankton in the United States.

Kim beat Brazil's Marcus D'Almeida to claim his third world title after triumphs in 2011 and 2015.

Kim is the third man and the fourth archer in history to win three world titles.

The two-time Olympic team champion jumped into an early lead in the final, winning the first two sets.

His 23-year-old opponent, who was crowned under-18 world champion in this South Dakota city in 2015, recovered with a perfect 30 in the third set.

The points were even in the fourth set, giving the 29-year-old Kim a 5-3 advantage going into the final round.

At the end of the fifth set, needing seven to win, the South Korean shot a nine and raised his arms to the sky as he secured the gold medal.

"I don’t consider myself the best archer in the world, because I’m not retired yet," Woo-jin said.

"When I retire, then I could be saying I’m the best archer in the world."

Defending world champion Brady Ellison of the US won the bronze medal, beating Mete Gazoz from Turkey - the Tokyo 2020 victor.

In the women's draw, Jang beat American Casey Kaufhold 6-0 to claim her first individual gold medal on the world stage.

The 22-year-old outclassed an opponent who had clearly used up her best shooting in the upset of Tokyo 2020 gold medallist An San of South Korea in the semi-finals.

"At first, I was really nervous, but I tried to focus on the way I’m pulling," Jang said.

"Finally, the gold medal, I got one.