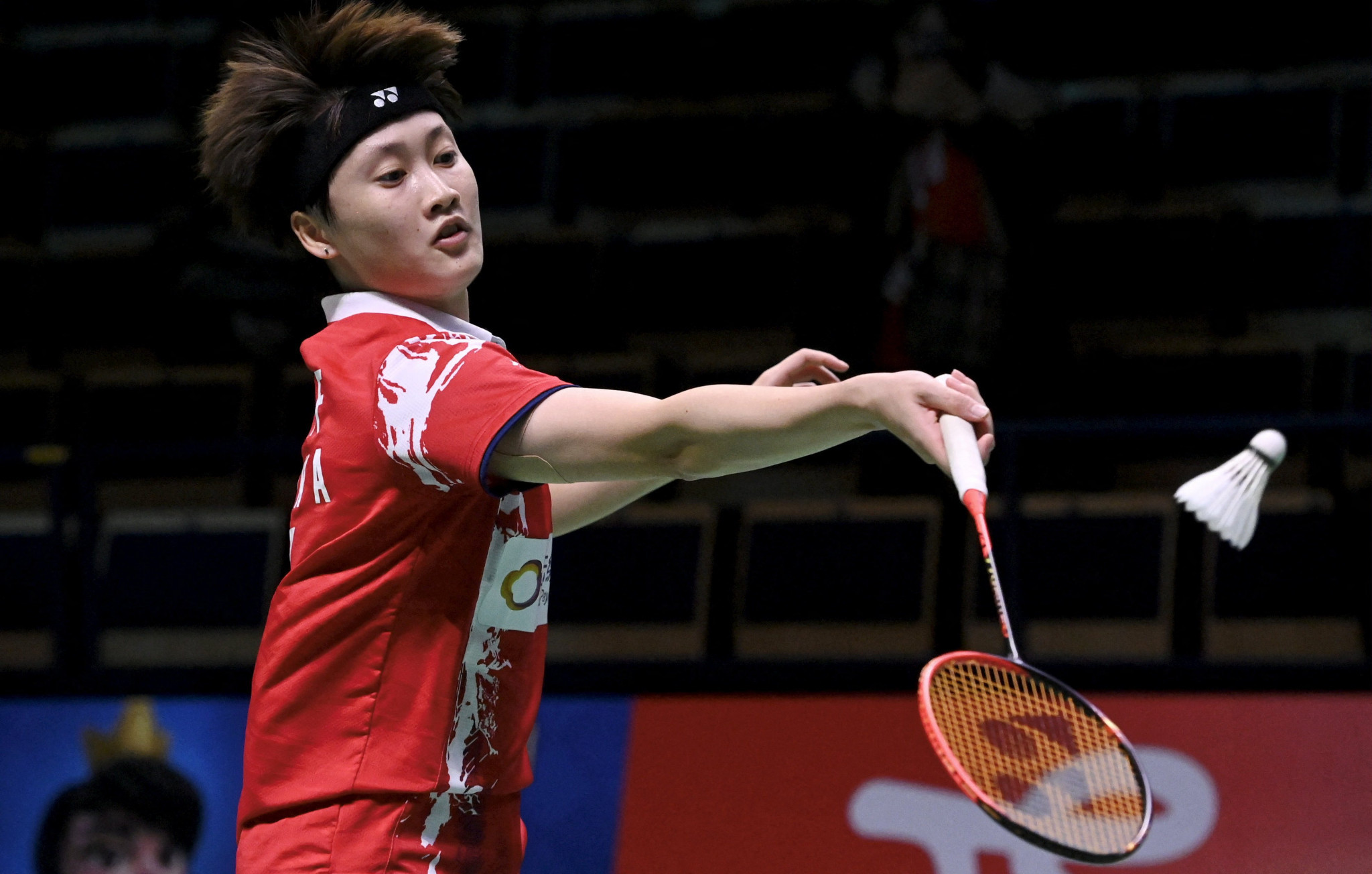 Strong performances in the women's doubles and mixed doubles pulled China from behind to defeat Thailand 3-2 in Group A of the Sudirman Cup in Vaanta in Finland.

Supak Jomkoh and Kittinupong Kedren won in three games in the men's doubles to put Thailand in front, beating He Jiting and Tan Qiang 11-21, 21-8, 21-11 at Energia Areena.

The comeback started in the women's doubles as Cheng Qingchen and Jia Yifan won 21-4, 21-12 over Jongkolphan Kititharakul and Rawinda Prajongjai, and Wang Yilyu and Huang Dongping turned the tie around for China by beating Dechapol Puavaranukroh and Sapsiree Taerattanachai 21-8, 21-15.

In the other Group A match, India defeated Finland 4-1.

M.R. Arjun and Ashwini Ponnappa won the opening match in the mixed doubles 21-9, 21-14 against Anton Kaisti and Jenny Nystrom, and Srikanth Kidambi put India in front by two by beating Kalle Koljonen 16-21, 21-14, 21-11 in the men's singles.

Malvika Bansod won the women's singles against Nella Nyqvist 21-16, 21-11, but Finland's Kaisti and Jesper Paul pulled one back for the hosts in the men's doubles, defeating Arjun and Dhruv Kapila 22-20, 21-19.

Tanisha Crasto and Rutaparna Panda defeated Mathilda Lindholm and Nystrom in the women's doubles to conclude the match, with the score finishing 21-12, 21-13.

Gideon and Sukamuljo 🇮🇩 are on fire 🔥.

Indonesia defeated Denmark 3-2 in the battle for top of Group C and were helped by Marcus Fernaldi Gideon and Kevin Sanjaya Sukamuljo beating Mads Pieler Kolding and Frederik Søgaard 21-19, 21-15.

Evgeniya Kosetskaya defeated Rachel Chan 21-18, 21-15 in the women's singles and the pairing of Vladimir Ivanov and Ivan Sozonov won the men's doubles match against Yakura and Brian Yang 21-14, 21-15.

Davletova and Ekaterina Malkova completed the match, beating Catherine Choi and Lai 21-11, 21-16 in the women's doubles.

The other two groups will be completed tomorrow, when China, Indonesia, Denmark and Thailand will learn their quarter-final opponents.