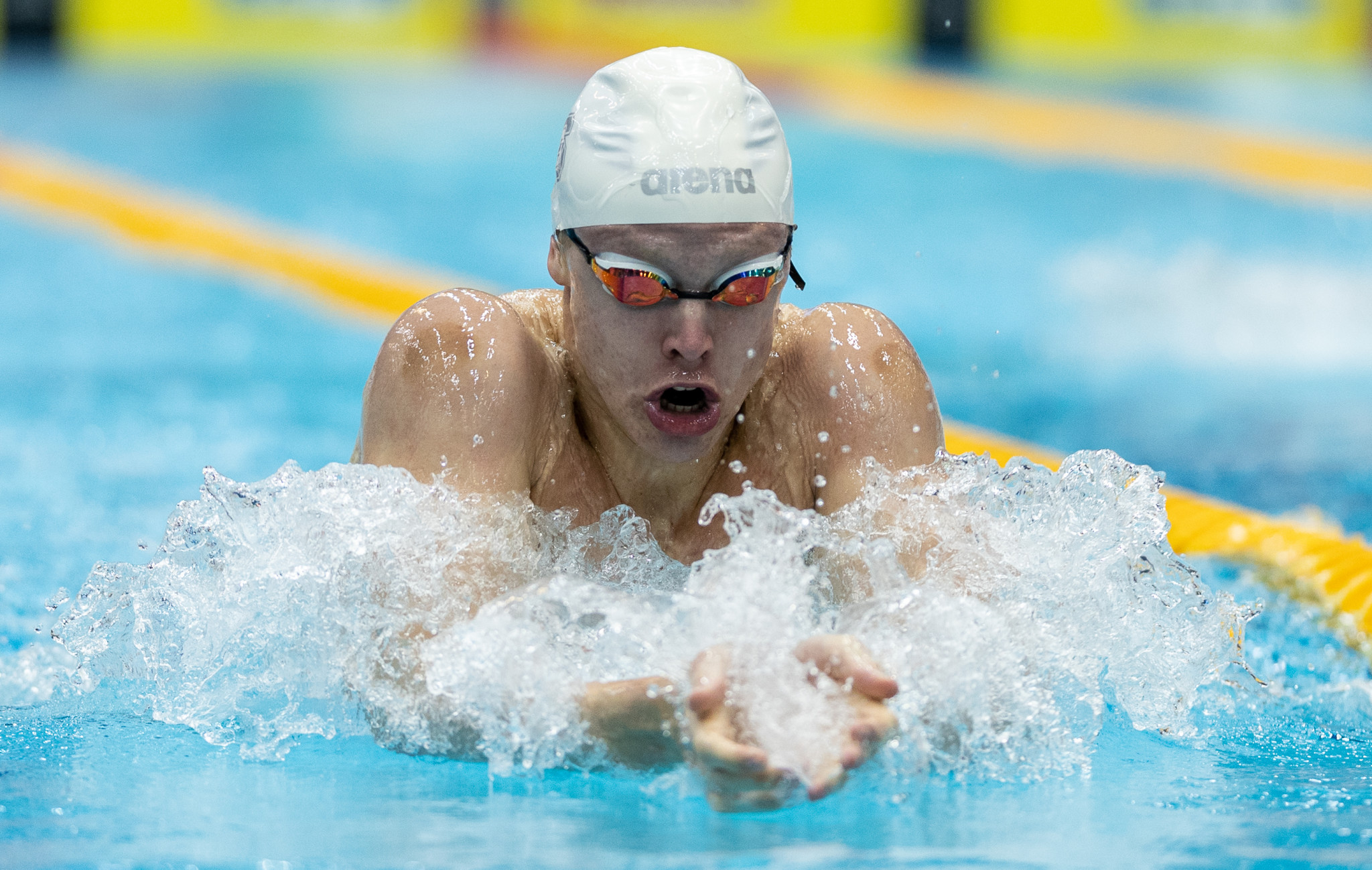 South Africa's Matthew Sates was the star on the last day of the first leg of the Swimming World Cup in Berlin in Germany, having won two gold medals in the men's 400 metres individual medley and 200m freestyle.

Sates won the men's 400m medley by a wide margin to start the day in a time of 4min 01.98sec, and fellow teenagers Hubert Kos of Hungary and Marius Toscan of Switzerland claimed the silver and bronze medals respectively.

He followed up with a victory in the 200m freestyle with a world junior record of 1:40.65, beating Australian Kyle Chalmers and Lithuanian Danas Rapsys to the gold.

Swiss swimmer Maria Ugolkova won the women's 200m medley by more than a second in a time of 2:08.01, as Leah Hayes of the United States and Czech Republic's Kristyna Horska completed the podium.

The US claimed a one-two in the women's 800m freestyle, as Cavan Gormsen touched the wall in 8:22.16 in front of her compatriot Paige Kuwata.

Just over a second behind Kuwata was Dutch swimmer Imani de Jong for the bronze medal.

Canadian world and Olympic champion Maggie MacNeil was the winner in the women's 100m butterfly, overtaking Sweden's Louise Hansson in the second half of the race to win in 55.30sec.

Tom Shields of the US claimed the victory in the men's 50m butterfly in 22.09, a tenth in front of Hungarian Szebasztián Szabó, and South African Chad Le Clos - who holds the all-time World Cup victories record with 146 - won bronze.

World and Olympic Champion @mags_swims26 claims her first win at the Swimming World Cup 2021 with a solid swim in the 100m Butterfly Final! #swimming pic.twitter.com/WajteA4qAW

Kira Toussaint of The Netherlands won gold in the women's 200m backstroke, clocking a time of 2:03.44.

American Jojo Ramey finished marginally ahead of Kylie Masse of Canada for the silver.

Anastasia Gorbenko of Israel won the women's 50m breaststroke in 29.61, and the US' Lydia Jacoby and Kim Busch of The Netherlands completed the podium.

Arno Kamminga of The Netherlands won by more than three seconds in the men's 200m breaststroke in a time of 2:01.92 for gold, far in front of the German silver and bronze medallists Marco Koch and Fabian Schwingenschlogl.