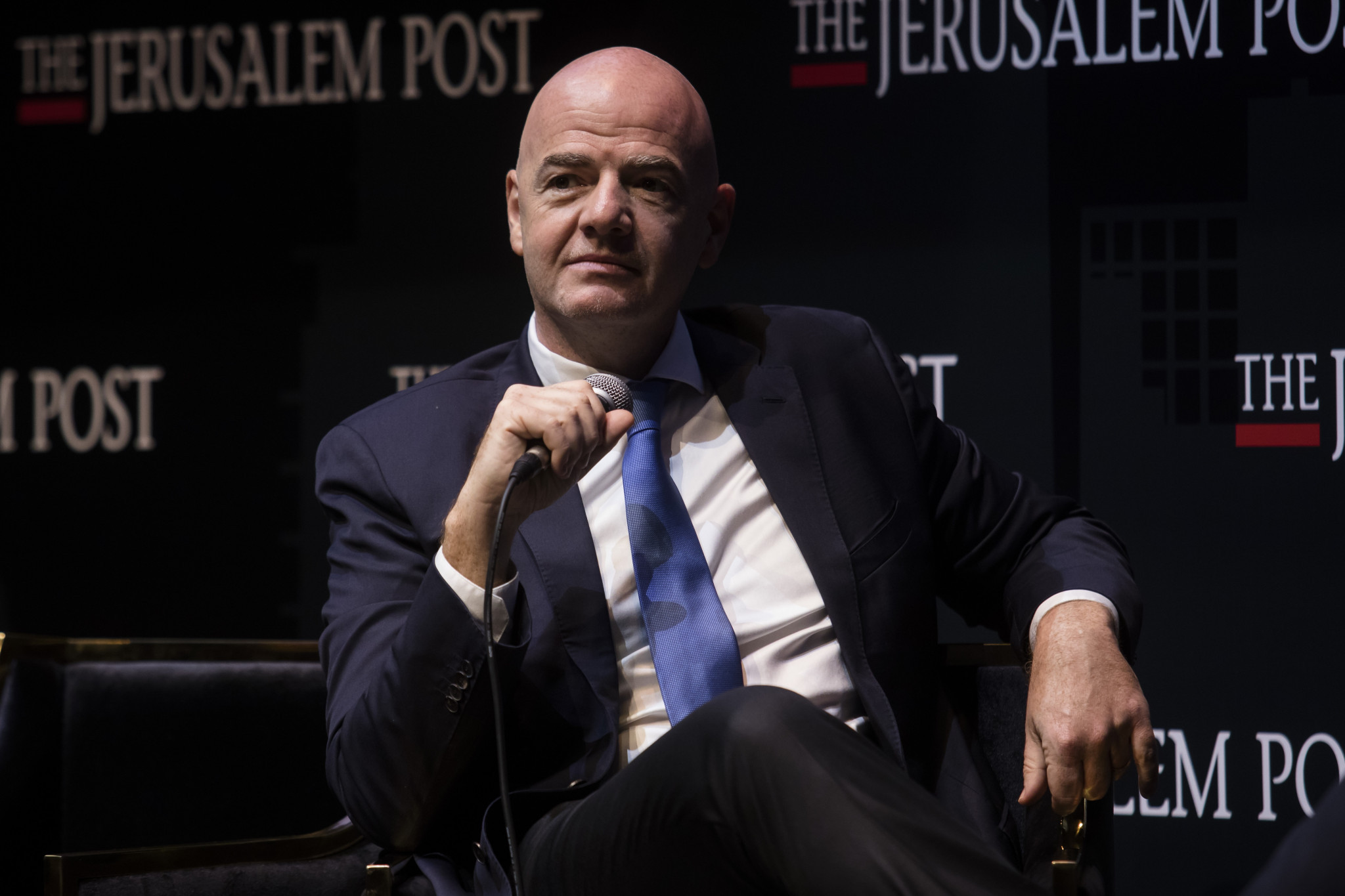 FIFA President Gianni Infantino has defended controversial proposals to stage the World Cup on a biennial basis, claiming the frequency of the flagship event will not harm its "magic".

A feasibility study is being carried out by FIFA over whether the men’s and women’s tournaments can be held every two years instead of four.

The proposal - put forward by Saudi Arabia, which has aligned itself closely with Infantino - has sparked strong criticism from leading figures within the game.

Among those include UEFA President Aleksander Čeferin, who fears holding the World Cup every two years will lead to "less legitimacy" and "dilute" the event.

Čeferin said UEFA believes "the jewel of the World Cup has value precisely because of its rarity".

However, Infantino claims that staging major events more often will not impact its prestige as he highlighted the success of the Super Bowl and Wimbledon - which are held annually.

"A World Cup with 48 teams [from 2026] has already been decided. Whether it will take place every two years or four years, that is under consultation," said Infantino.

"[I] definitely believe in having more prestigious events, whether the World Cup or anything else.

"Precisely because it is a magic tournament is perhaps why it should happen more often.

"The prestige of an event depends on its quality, not its frequency.

"You have the Super Bowl every year, Wimbledon or the Champions League every year, and everyone is excited and waiting for it."

Speaking last month, International Olympic Committee President Thomas Bach insisted he will not "put fuel to the fire" by taking a side on the proposal but did claim the ramifications of such a move are "becoming clearer day by day".

China had been scheduled to stage a 24-team format of the tournament this year only for this to be dashed due to the postponement of the Tokyo 2020 Olympic and Paralympic Games.

"We would like to increase the value of national championships and domestic leagues," said Infantino.

"We need to find the right format that won't be too disruptive to the calendar and all the other events."

Infantino was speaking during his first official visit to Israel as he appeared at the opening of The Friedman Center for Peace through Strength at the Museum of Tolerance in Jerusalem.

The event was organised by David Friedman, who held the role of Ambassador to Israel when Donald Trump was President of the United States.

Infantino’s participation in the event angered the Palestinians, who cancelled a meeting between him and Palestinian Football Association President Jibril Rajoub in Ramallah.

The Palestinians were unhappy with both the association with a Trump official whose policies they claim led to the Palestinians severing ties with the US and the location at the Museum of Tolerance in Jerusalem.

The Palestinian Authority Foreign Ministry criticised the event, alleging that Friedman is "notorious for his extremist positions and support for annexation, colonisation and other crimes under international law in addition to his notorious efforts at denying the inalienable rights of the Palestinian people".