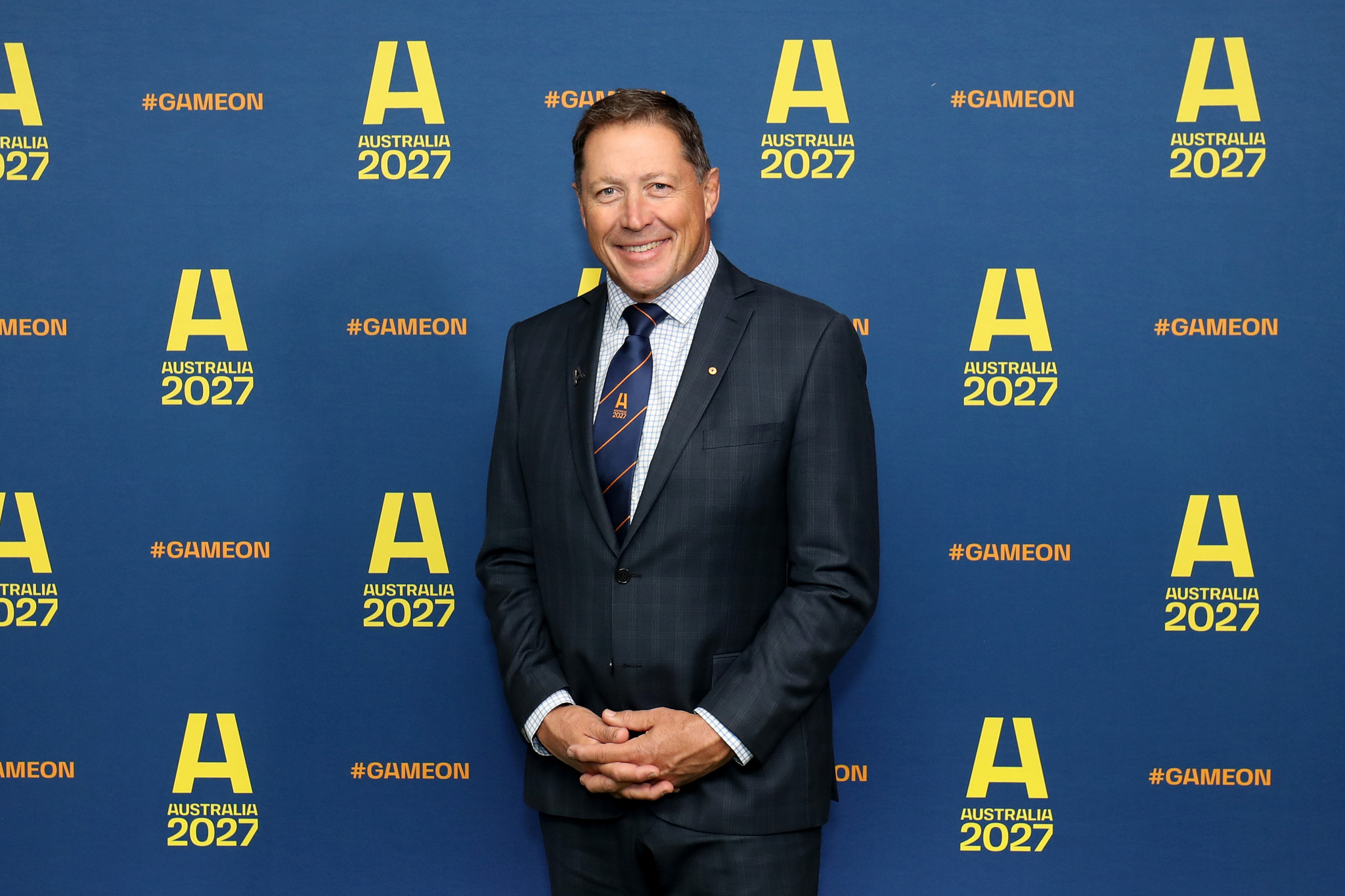 Rugby Australia (RA) is to send a delegation to the United Kingdom next month to meet senior figures from World Rugby and European nations as the country steps up its bid to host the 2027 Rugby World Cup.

According to the Sydney Morning Herald, John Coates - President of the Australian Olympic Committee and vice-president of the International Olympic Committee (IOC) - will be part of the team that flies to the UK, alongside RA chairman Hamish McLennan, chief executive Andy Marinos, the executive director of the Australia 2027 bid Phil Kearns and World Cup advisory board chair Sir Rod Eddington.

This is with the goal of securing "targeted dialogue" with World Rugby over hosting rights for the 2027 World Cup before the vote next May.

"It’s a little premature to say we have that, at the moment, but we would love to come back with that in our back pocket before the final vote in May," Kearns was quoted as saying.

"At the end of the day, the timeline is still the same and the final decision will still be made, in May, but if we can come back with targeted dialogue in our back pocket, that would be wonderful.

"We saw how that ended up for Brisbane [for the 2032 Olympic Games].

"We hope it can end up the same way for Australia."

Under the IOC's bidding process for the Olympic Games, which was revamped for 2032 in a move orchestrated by Coates, the IOC Future Host Commission identifies and proposes its preferred candidate to the Executive Board, which can then recommend the bid be put forward to a vote at an IOC Session.

Brisbane entered "targeted dialogue" with the Future Host Commission in February this year before being rubber-stamped as hosts for 2032.

The procedure for the Rugby World Cup has also undergone changes for the 2027 and 2031 men's editions and the 2025 and 2029 women's competitions, with the hosts set to be voted on next May.

However, this differs from the IOC's process.

Bids will be assessed by industry experts during an evaluation phase from February 2022 against key criteria agreed by the World Rugby Council.

A report, rather than a recommendation as has happened during previous Council votes, will then be made public in May 2022

As well as meetings with World Rugby, the five representatives for the Australian bid will attend the Wallabies' Tests on successive weekends against Scotland, Wales and England, beginning on Sunday November 7.

The trip also offers an opportunity to meet representatives from England's Rugby Football Union, Scottish Rugby Union and the Welsh Rugby Union, with votes from several European nations up for grabs.

"These meetings are critical," Kearns claimed.

"We wouldn’t be taking such a group up there if we didn’t think it was important.

"It shows how seriously Rugby Australia are taking this bid and how important the bid is for the future of Australian rugby.

"We’ve done a lot of Zoom calls, and there is only so much you can do when you are looking at financial models and how the tournament is going to pan out.

"Of course, what we would like to do is get to a stage where what we do is palatable to them, and us, and hopefully, if we get the nod, move forward on that basis."

The United States and Russia have also expressed an interest in hosting the 2027 men's Rugby World Cup, although Russia will still be banned from being awarded major events in May 2022 under sanctions imposed as punishment for a state-sponsored doping operation and cover-up of offences.

The next edition of the tournament will be held in France in 2023.

Australia served as joint-hosts for the inaugural competition in 1987 and sole hosts in 2003.