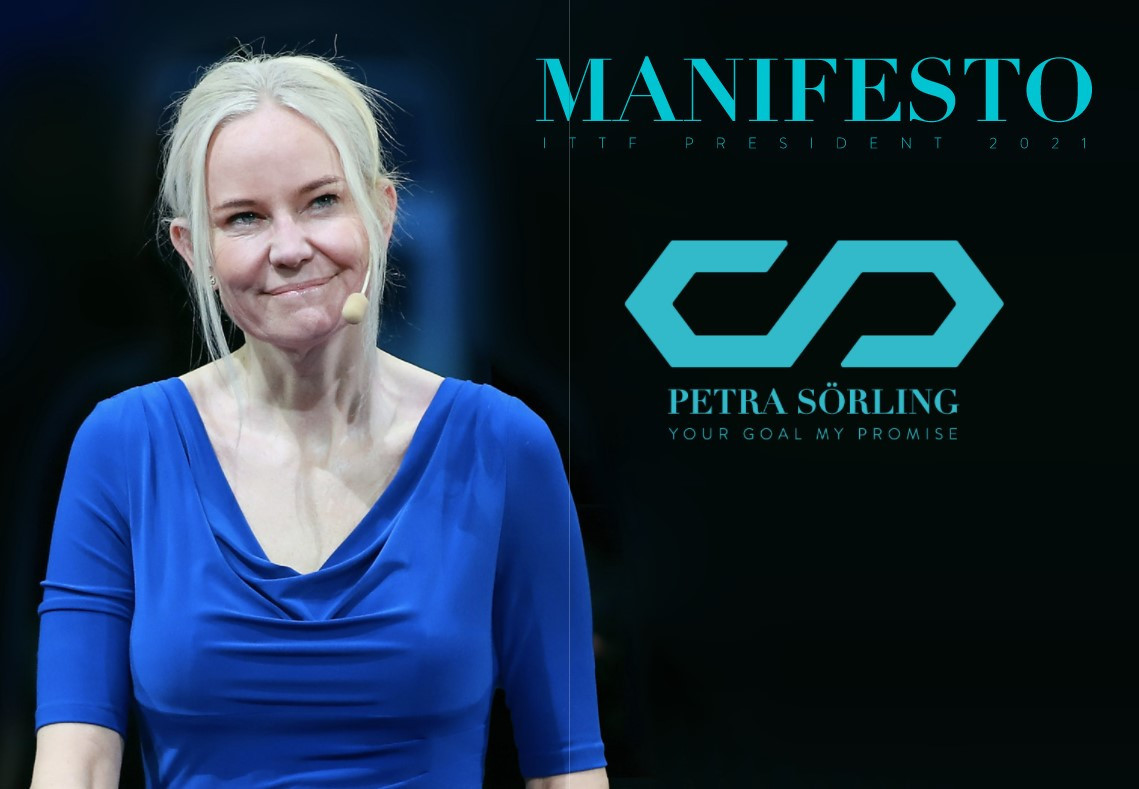 The Swede aims to create growth through a membership centred governance, strengthen commercial partnerships and drive an environmental agenda.

The manifesto is a result of talks with the ITTF memberships and several of the sport's continental federations.

"From the many discussions I’ve held during the six months of campaigning, I strongly believe I have been able to identify the most important areas to cover in the near future," said Sörling.

"Clearly, we must work to unite the ITTF family.

"It is time to bring the ITTF into the modern area and I’m ready to work hard to position our federation as one of the best in the world of sports with full focus on the people, the planet and the profit."

Sörling claims a value-driven commercial growth approach is key as the ITTF hopes to be viewed as a leader in development and innovation.

"By evolving the structures with our member associations and athletes in mind, we will increase brand awareness, build stronger relationships with key stakeholders, and give more players the chance to participate in professional events," said Sörling.

Sörling is the current ITTF Deputy President of Finance and is expected to become President after being confirmed as the sole candidate.

Current President Thomas Weikert has said that he would not be seeking re-election as he does not agree with "the course that the ITTF and World Table Tennis are taking".

She would become the first woman to serve as President if her election is confirmed.