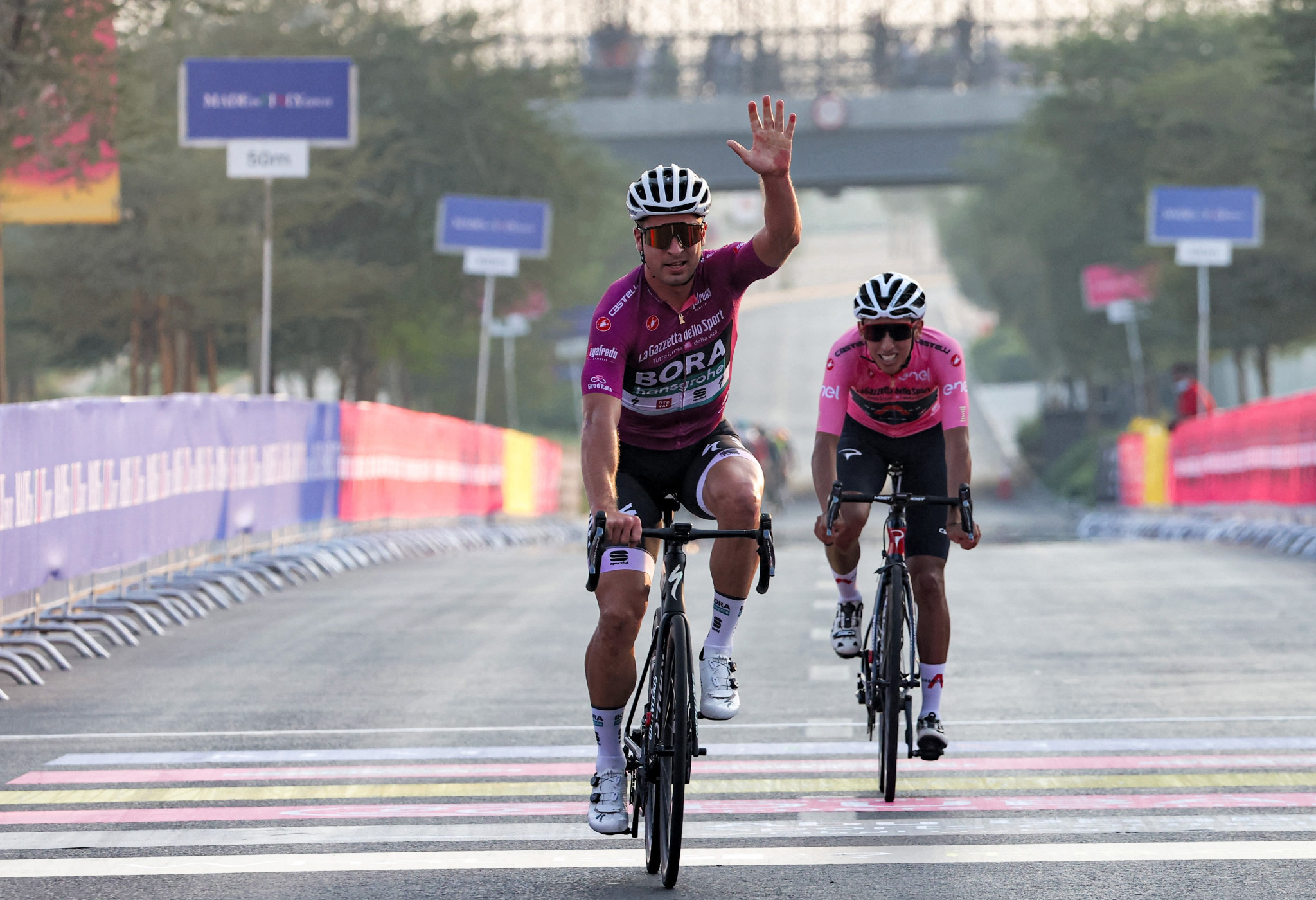 Giro d’Italia winner Egan Bernal was among the star names featuring at the race, with the Colombian launching the winning move.

Bernal and Sagan were then able to distance their breakaway companions in the final lap.

Sagan emerged as the winner of the final sprint, with Bernal crossing in second place.

The podium was rounded off by Hirschi.

"I am very happy I could take the win in this unique place," Sagan said.

"I want to thank my teammates that kept the race under control.

"In the first part of the criterium, I tried to be in the front and contest the sprints to win the points classification but I soon realised Elia Viviani was faster than me today.

"I decided to change my tactic, I tried to recover for 10 to 15 laps, it was a very fast race.

"Then in the last few laps Bernal, Hirschi and Bouchard attacked and I decided to follow them – it was the right move.

"After Bernal attacked again, I managed to stay with him and beat him on the line.

"I am very happy with this success."

Italy’s Elia Viviani secured the points classification, following success in the intermediate sprints throughout the event.

Hungary’s Attila Valter was named as the most combative rider, while Italy’s Filippo Ganna recorded the fastest lap.

The event was arranged by Giro d’Italia organisers RCS Sport in collaboration with madeinItaly.gov.it, Dubai Sports Council and Expo 2020 Dubai.

A "Made in Italy" campaign is featured at the Expo, which seeks to showcase Italian excellence.

Organisers of the Giro d’Italia are currently publicising the route for next year’s Grand Tour, with Budapest confirmed as the host of the opening three stages this week.